It turns out sending migrants to an island in the middle of the Atlantic was one of the more sane ideas. 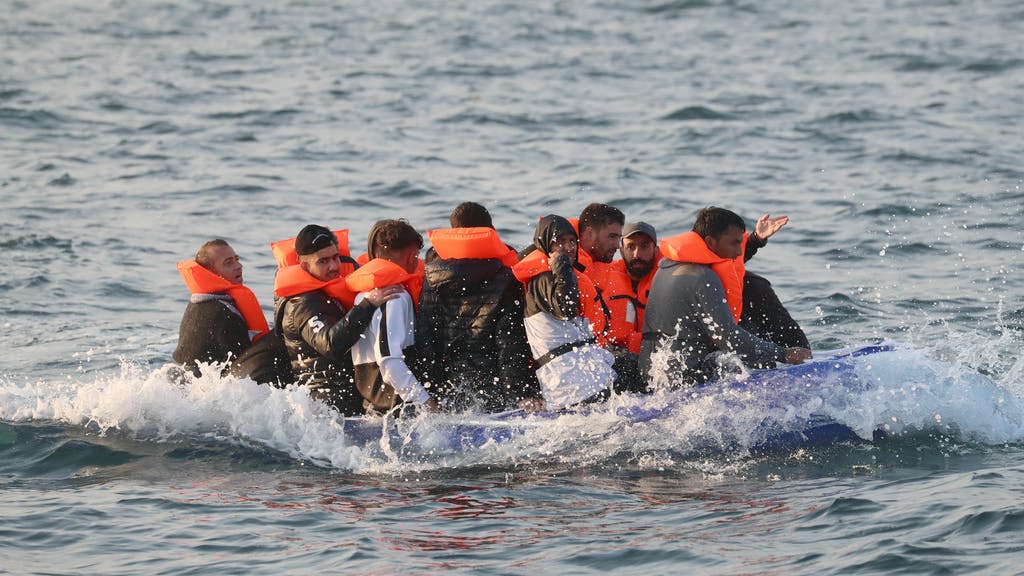 Home Office officials considered creating a wave maker in The Channel and laying booms or barriers in the sea as part of their ‘blue sky’ plans to deter refugees from Britain.

Earlier this week it was revealed that Priti Patel had asked officials to deploy some out-of-the-box thinking to prevent people from making treacherous crossings in dinghies in a bid to gain asylum in the UK.

One of the ideas was to build an asylum processing centre on a volcanic outcrop in the middle of the south Atlantic, 4,000 miles from the UK.

According to reports in the Financial Times Ascention Island, a British overseas territory, was being considered as a place to house migrants coming to Britain.

But other more whacky ideas were also discussed in the meetings.

One was to lay booms or barriers in the sea to stop boats reaching the shore or investigate whether it would be possible to link small boats together to form a barrier to keep migrants from the shore.

Another ‘blue sky’ idea discussed was to have boats with pumps generating waves that would force boats back into French waters.

Apparently the idea was dropped after concerns were raised about the risk of capsizing migrants in already overladen boats.