Trump said all business leaders take advantage of the tax code - "unless they are stupid". 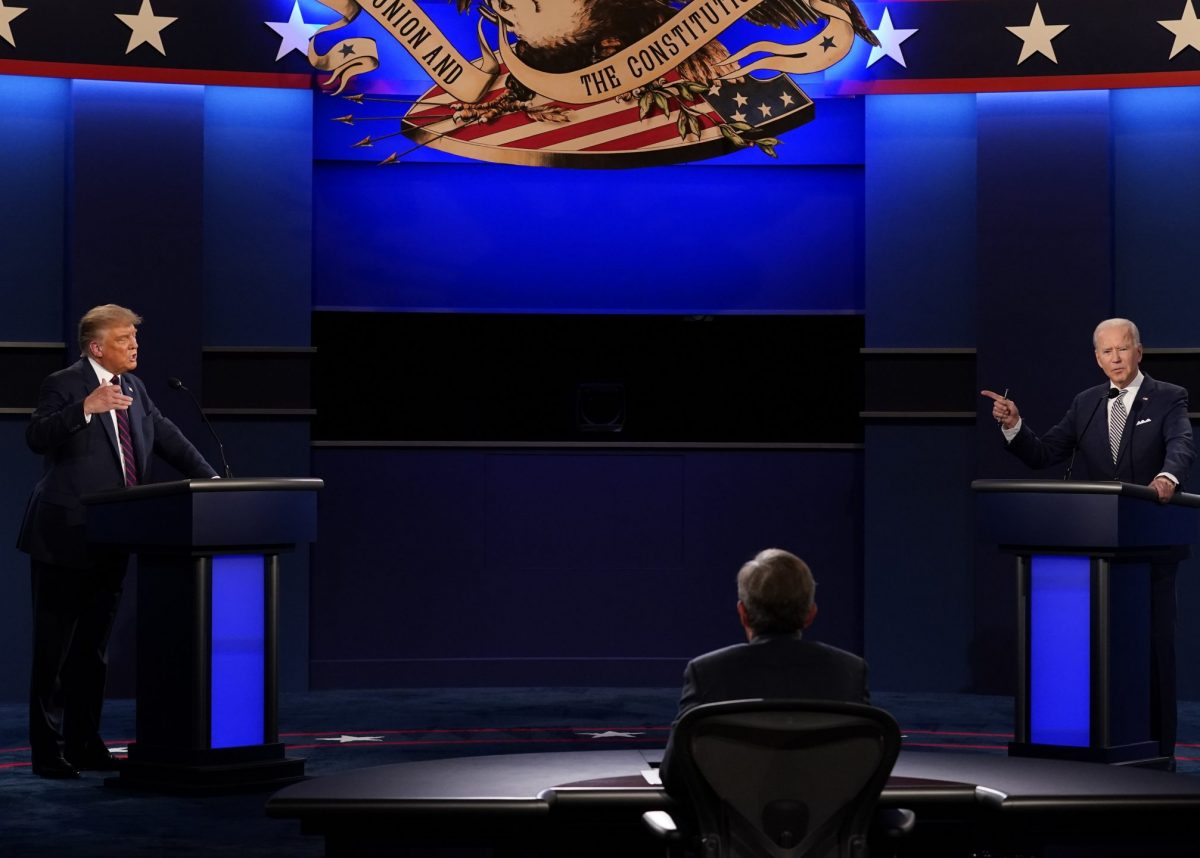 Joe Biden traded the most powerful blow of the election debate a few hours before it kicked off last night – by releasing 22 years of his tax returns.

The Democratic presidential nominee and his running mate, California Sen. Kamala Harris, both released returns in the customary manor before Americans head to the polls.

Harris and her husband, attorney Doug Emhoff, reported $3,018,127 in taxable income, the majority of it via Emhoff’s partnership at the global law firm DLA Piper. They paid federal income taxes of $1,185,628, or an effective tax rate of 39 per cent.

Donald Trump, it has been alleged, paid just 750 US dollars (£578) in federal income taxes the year he ran for president and in his first year in the White House.

The US President and his Democratic challenger attacked and interrupted each other during the first 2020 presidential debate last night as they discussed the coronavirus pandemic, job losses and the Supreme Court.

“We got the gowns, we got the masks, we made the ventilators…and now we are weeks away from a vaccine.”—@realDonaldTrump pic.twitter.com/2GXcWKazAW

That was after the president badgered him over his refusal to comment on whether he would try to expand the Supreme Court in retaliation if Mr Trump’s high court pick, Amy Coney Barrett, was confirmed to replace the late Justice Ruth Bader Ginsburg.

Mr Trump struggled to define his ideas for replacing the Affordable Care Act on health care in the debate’s early moments and defended his nomination of Ms Barrett, declaring: “I was not elected for three years, I’m elected for four years.”

“We won the election. Elections have consequences. We have the Senate. We have the White House and we have a phenomenal nominee, respected by all,” he added.

“Elections have consequences. We have the Senate, we have the White House, and we have a phenomenal nominee.” –@realDonaldTrump pic.twitter.com/wyjeQ6jUSj

“The worst president America has ever had”

Mr Biden called his opponent “the worst president America has ever had”, while Mr Trump recycled allegations about Hunter Biden’s international business practices.

The Democrat called the claims against his son “discredited” and fired back: “I mean, his family we can talk about all night.”

But Mr Biden sidestepped any of the specifics of the president’s international business dealings and instead turned straight to the camera.

He said: “This is not about my family or his family. This is about your family.”

Both candidates appealed to the families of voters watching at home as they addressed the pandemic.

Yet he purposely downplayed the pandemic—and now more than 205,000 Americans are dead.

“You are who you are”

“It is what it is because you are who you are,” Mr Biden told the president, referring to Mr Trump’s months of downplaying Covid-19 while he said privately he understood how deadly it was.

Mr Trump replied that the death toll would have been worse if his opponent were president, adding that the economy would also have suffered more.

The president said “there will be a vaccine very soon”, while Mr Biden fell back on his bottom line: “A lot of people died, and a lot more are going to unless he gets a lot smarter.”

Mr Trump again refused to say when he will finally make his personal taxes public as he has long promised, which followed a report in the New York Times suggesting he had paid only 750 dollars (about £583) in personal income taxes annually in recent years.

Trump downplayed and worsened the crisis. He failed to lead, and now over 200,000 Americans are dead. pic.twitter.com/Pb0r2rhkc0

Mr Biden quickly used that as a point of attack, saying Mr Trump “does take advantage of the tax code” and “pays less tax than a school teacher”.

Mr Trump shrugged off the attack, saying that all business leaders do the same “unless they are stupid”.

Meanwhile, the president danced around a question from debate moderator Chris Wallace about whether he was willing to condemn white supremacists and military groups.

He said: “Proud Boys — Stand back, stand by, but I’ll tell you what, somebody’s got to do something about Antifa and the left because this is not right-wing problem… This is a left-wing problem.”

Antifa followers have appeared at anti-racism protests, but there has been little evidence behind Republican claims that followers are to blame for the violence at such protests.

Asked if humans were partially to blame for environmental deterioration, the president replied: “To an extent, yes.”

But when he was asked why he took steps like withdrawing the US from the Paris climate agreement, Mr Trump repeated his argument that such pacts were “driving energy prices through the sky”.

Mr Biden said he would champion job-creating schemes that embrace green technologies and would rejoin the Paris accord, which is “all falling apart” without US involvement.

The debate ended with a question from the moderator, who asked both candidates if they would “urge your supporters to stay calm during this period, not to engage in civil unrest and will you not declare victory until the election has been independently verified?”

Mr Trump said he will tell his supporters “to go into the polls and watch very carefully because that’s what has to happen. I’m urging them to do it”.

Mr Biden replied: “Once the ballots are all counted, that’ll be the end of it. If it’s me, that’s fine. If it’s not me, I’ll support it.” 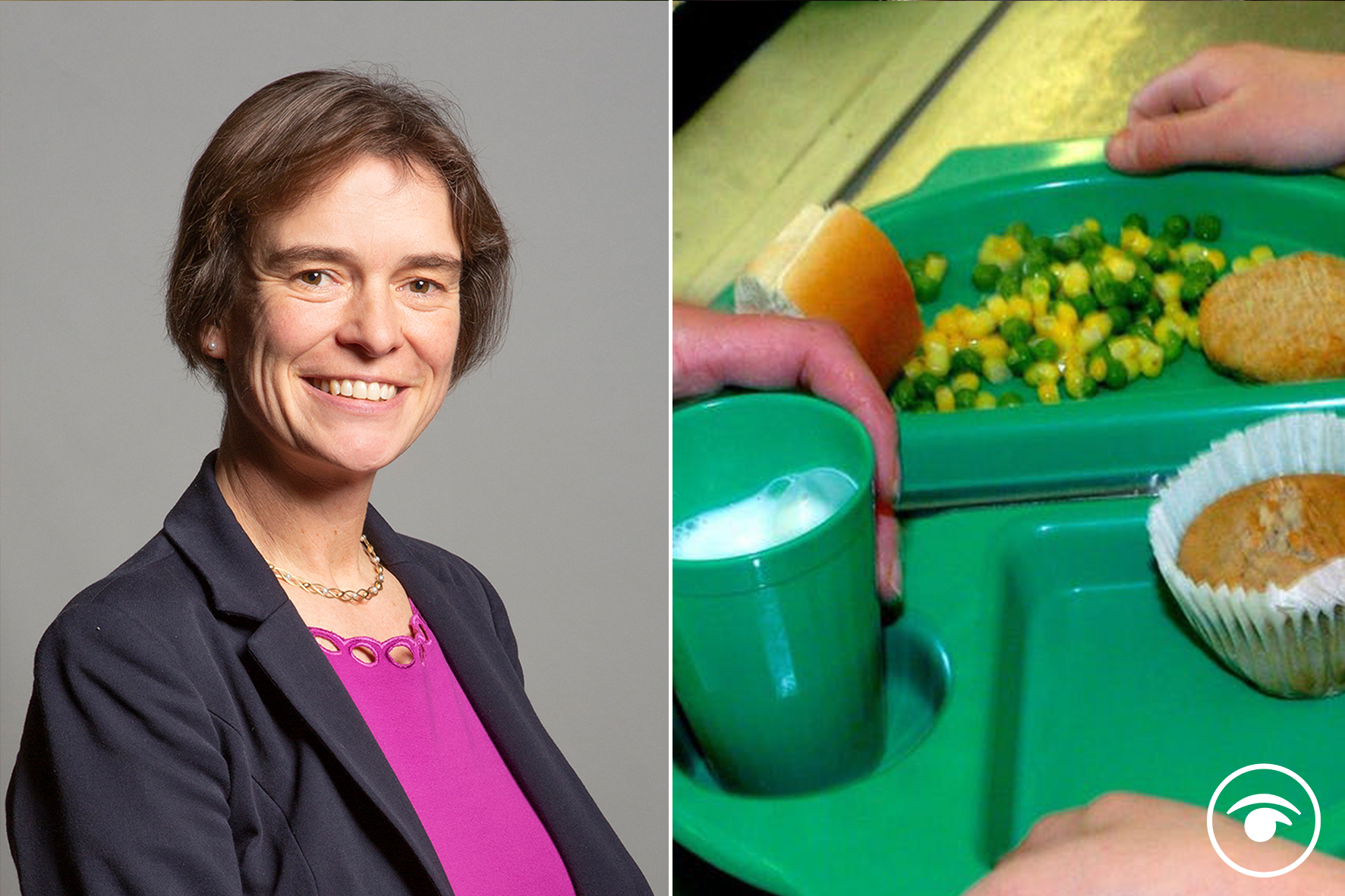