The biggest sticking point in the talks between the EU and the UK was how to ensure free-flowing movement across the Irish border. 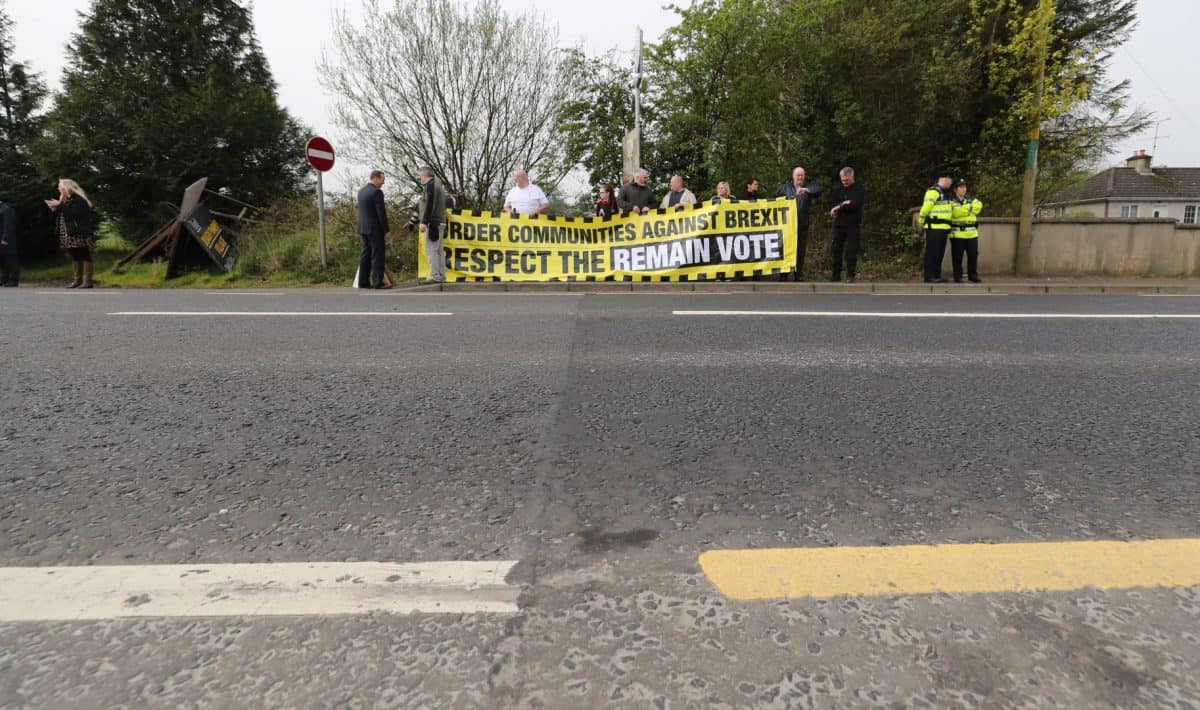 But what was the backstop and what has it been replaced with?

It was an insurance policy written into the withdrawal treaty Theresa May struck with the EU that would have ensured, come what may in future trade talks, that the Irish border remained free flowing post-Brexit.

Activated if a wider trade deal failed to materialise before the end of the Brexit implementation period in December 2020, it would have seen the UK as a whole remain in the EU customs union for an undefined period to avoid the need for customs checks on the 310-mile frontier.

It would also have seen Northern Ireland adhere to EU single market rules on goods again to rule out the necessity for border regulatory checks.

Crucially for the deal’s detractors, there was no time-limit on the arrangements or a mechanism through which the UK could unilaterally exit them.

They were to remain in place “unless and until” alternative arrangements for managing the border were agreed.

The revised protocol on Ireland/Northern Ireland, which has essentially replaced the backstop, contains four key elements:

Much the same as the backstop, Northern Ireland will remain aligned with single market regulations on goods.

Checks and procedures on such goods will take place at ports and airports in Northern Ireland and not on the border.

The UK authorities will therefore assume responsibility for applying the EU rules in Northern Ireland.

The UK will leave the EU customs union.

Northern Ireland will exit along with the rest of the UK, so it will be included in any future trade deals struck by the Government after Brexit.

However, the region will remain an entry point into the EU’s customs zone.

That means UK authorities will apply UK tariffs to products entering Northern Ireland, but only if they are not earmarked for onward transportation across the border.

For goods at risk of entering the single market, the UK will collect EU tariffs on behalf of the bloc.

EU rules on value added tax and excise duties will apply in Northern Ireland, with the UK responsible for their collection.

However, revenues derived will be retained by the UK.

The UK will also be able to apply VAT exemptions and reduced rates in Northern Ireland that are applied in Ireland.

A key difference from the backstop.

The arrangements will come into effect at the start of 2021 and, after an initial four-year period, Stormont Assembly members will vote whether to continue to apply them.

Significantly, that vote will be conducted on a simple majority head count and will not require the support of a majority of unionists and a majority of nationalists under the contentious “petition of concern” mechanism.

This means the DUP will not have the chance to exercise a veto.

If the vote is carried, the arrangements will be extended for another four years.

If it transpires that a majority of unionists and a majority of nationalists do ultimately vote in favour of the move, then the extension period will be for eight years.

If members vote to come out of the EU arrangements there would be a two-year cooling off period before that happened.

Related: Labour MPs “being whipped to back second referendum” on super Saturday