“The idea of leaving the EU to take back more control into Parliament and to consider the idea of closing Parliament to do that is the most extraordinary idea I've ever heard”, she had said in June. 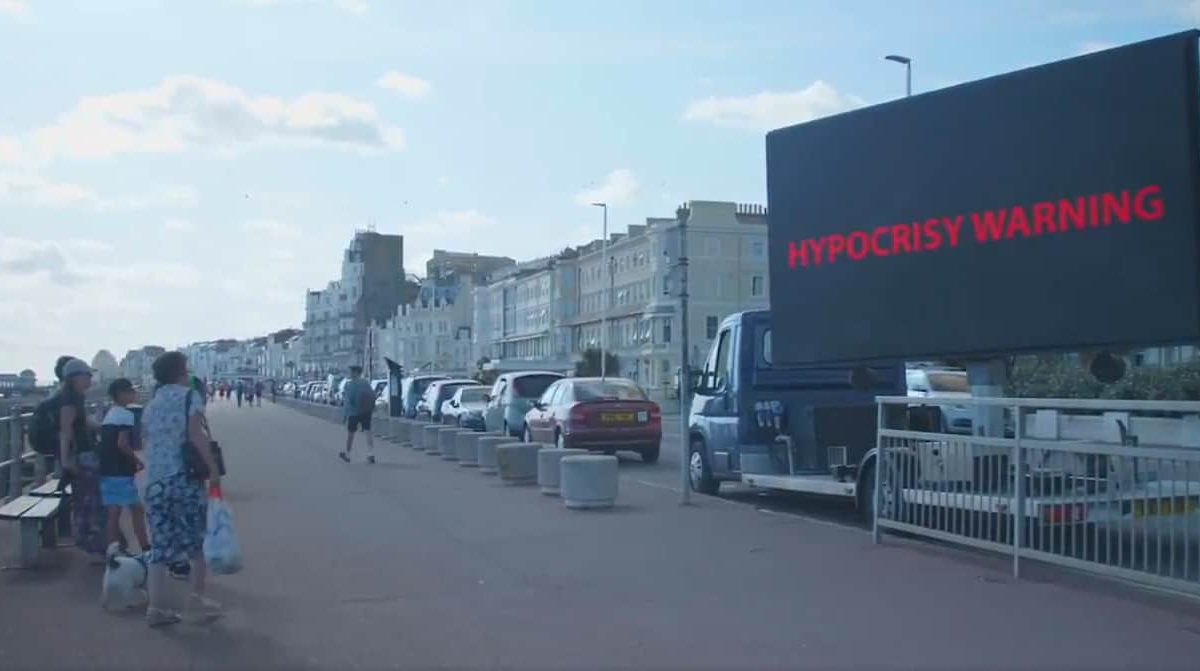 Amber Rudd was given the Led By Donkeys treatment in Hastings yesterday.

The campaign group used a mobile TV screen to air her previous comments about Boris Johnson’s attempts to prorogue parliament.

The Work and Pensions Secretary has been surprising quiet on the matter since the PM put the request to the Queen.

She did not comment on the matter when asked about it by the PA news agency on Thursday after she visited a jobs and benefits office in east Belfast.

Which is in stark contrast to comments made just months ago in June, when she said:

“The idea of leaving the EU to take back more control into Parliament and to consider the idea of closing Parliament to do that is the most extraordinary idea I’ve ever heard”.

Hi @AmberRuddHR, thought your constituents in Hastings might want to be reminded how “absolutely outrageous” you consider Boris Johnson’s suspension of Parliament. pic.twitter.com/1x6aFBtFt1

Calling the plans “absolutely outrageous” she said she felt as strongly as Rory Stewart on the matter.

But the former Tory leadership contender has stuck to his guns on Brexit, mocking the PM with this hilarious tweet:

Related: And to think they called Remainers anti-democratic