One BBC journalist revealed that an “exceptional student” from a “historically low performing school” who had two results downgraded - and lost her place to study at Cambridge as a result. 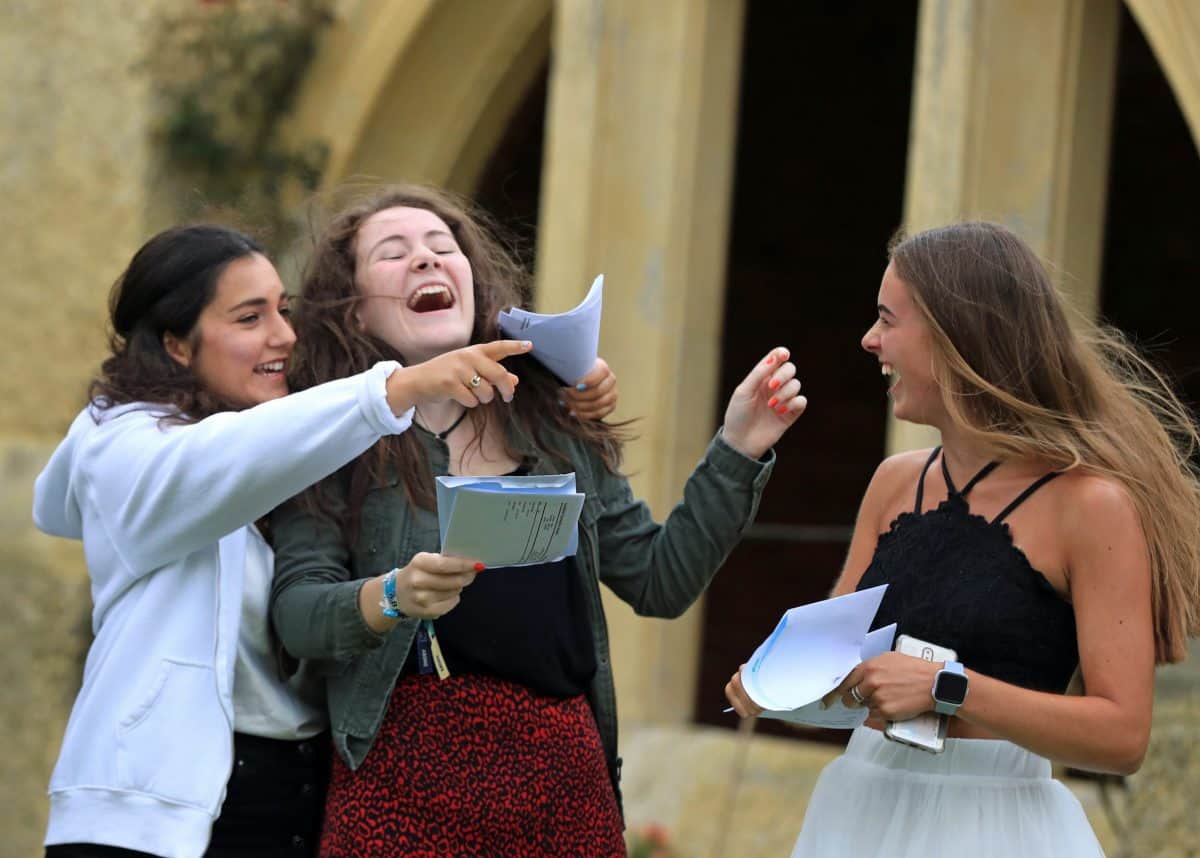 Close to 40 per cent of A-level grades in England have been downgraded from their teachers’ predictions by the exam regulator’s algorithm, with students across the country left heartbroken by their final results.

A-level entries awarded A or A* increased to an all-time high in England, Wales and Northern Ireland, according to official figures published on Thursday morning, with 27.9 per cent receiving top grades.

But numbers released by regulator Ofqual showed that 39.1 per cent of the 700,000 teacher assessments submitted in England were lowered by one or more grade during the moderation process – and just 2.2 per cent upgraded.

Exams were cancelled due to coronavirus lockdown, with grades given out by teachers and then assessed by Ofqual.

Many students have been left disappointed as a result. One BBC journalist revealed that an “exceptional student” from a “historically low performing school” who had two results downgraded – and lost her place to study at Cambridge as a result.

Social media was filled with other devastating examples. One woman said her sister received centre assessed results of A* A* A and mock results of A A A – but had her final marks downgraded to B B C.

Head teachers said that some lowered grades are “unfair and unfathomable”, with schools reporting “deep frustration” in schools about the confusion caused by last-minute changes to the results system – just hours before grades were set to be published.

Geoff Barton, leader of the ASCL head teachers’ union, said: “While there has been an overall increase in top grades, we are very concerned that this disguises a great deal of volatility among the results at school and student level.

“We have received heartbreaking feedback from school leaders about grades being pulled down in a way that they feel to be utterly unfair and unfathomable. They are extremely concerned about the detrimental impact on their students.”

Labour leader Sir Keir Starmer said that “something has obviously gone horribly wrong” with this year’s exam results, adding that “the system has fundamentally failed” young people. He urged the government to rethink.

Nonetheless Gavin Williamson, the education secretary, said that the “majority of young people will have received a calculated grade today that enables them to progress to the destination they deserve, with the added safety net of being able to appeal on the basis of their mock results, as well as the chance of sitting autumn exams”.

Students in England have been assured that they can pick their best results from their given grade or mocks – or will be able to take their exams in the autumn.

However Ofqual has warned that appealing against a grade will impact other students from the same school – because of the rank order system employed. If one student successfully appealed their position in the rank order, it would push another student down – and they would then need to be allowed to appeal.

Ofqual’s figures revealed that pupils at private schools received double the improvement in A* and A grades compared with those attending state comprehensives – while sixth form colleges received only a tiny bump.

Related: A most unusual year for the Class of 2020