The Brexit Party leader was addressing an event for supporters in North Wales. 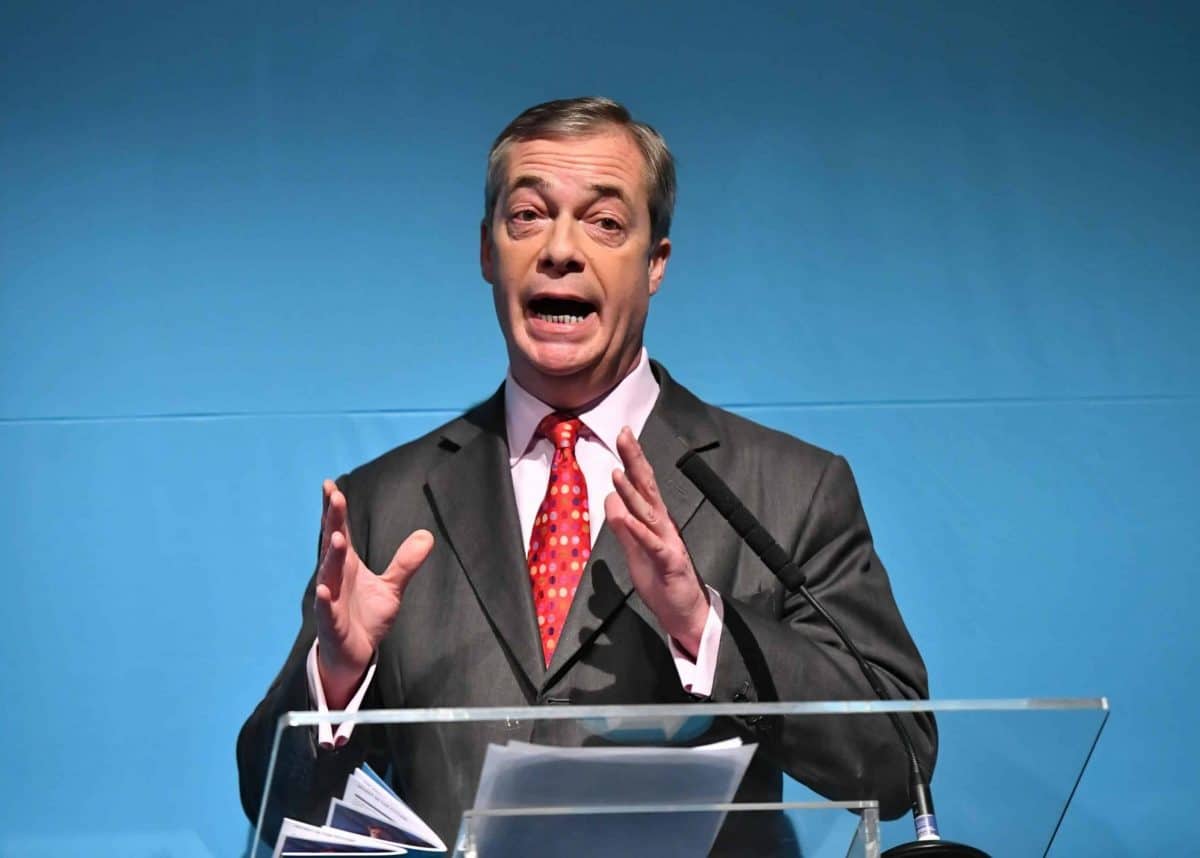 Brexit Party leader Nigel Farage has said it is “absolutely” right for him to mention the London Bridge attack during his election campaign.

Addressing an event for supporters in Buckley, North Wales, on Monday, Mr Farage said the attack should “give us all pause for thought” and told the audience 74 convicted terrorists and 400 people who fought for Isis in Syria were “walking the streets”.

But the family of Mr Merritt, from Cottenham, Cambridgeshire, asked for his death not to be used to justify introducing “even more draconian sentences” on offenders in a heartfelt tribute released on Sunday.

In a tweet on Sunday evening, Mr Merritt’s father David said: “Don’t use my son’s death, and his and his colleague’s photos – to promote your vile propaganda.

“Jack stood against everything you stand for – hatred, division, ignorance.”

Asked by the PA news agency if it was right to talk about the attack during his election campaign, Mr Farage said: “Yes. Yes, absolutely.”

He added: “The victim’s father can say what he likes and take whatever view he likes. He’s being charitable and decent in what he says.

“I promise you this, if we polled 1,000 people now and asked are you happy these 75 people are out on our streets, I know what the answer is.”

Mr Farage told supporters in the Academy Dance Hall he hoped Donald Trump, who he described as “an American friend of mine”, would say America was not interested in buying up the NHS.

He said: “It will not happen and how dare Corbyn talk about privatising the NHS when it was the Labour government that put in place PFI deals.”

Mr Farage said he had “no plans” to see the US president while he was in the country on a visit this week.

He stood by what he had said during the ITV debate on Sunday about Mr Trump’s comments on sexually assaulting women.

“The idea that he should not even be in office because he said it, or that Boris Johnson shouldn’t be Prime Minister because he’s written some fruity articles… we’re reaching levels here of political correctness that are frankly ludicrous.”

About 200 Brexit Party supporters gathered in the dance hall for the event, including Alastair Sutcliffe, 71, and Barry Clarkson, 79, from St Helens, who wore knitted jumpers saying “Merry Brexmas”.