From Brexit to prorogation via Barnard Castle, a guide to Boris Johnson's uneasy relationship with legality. 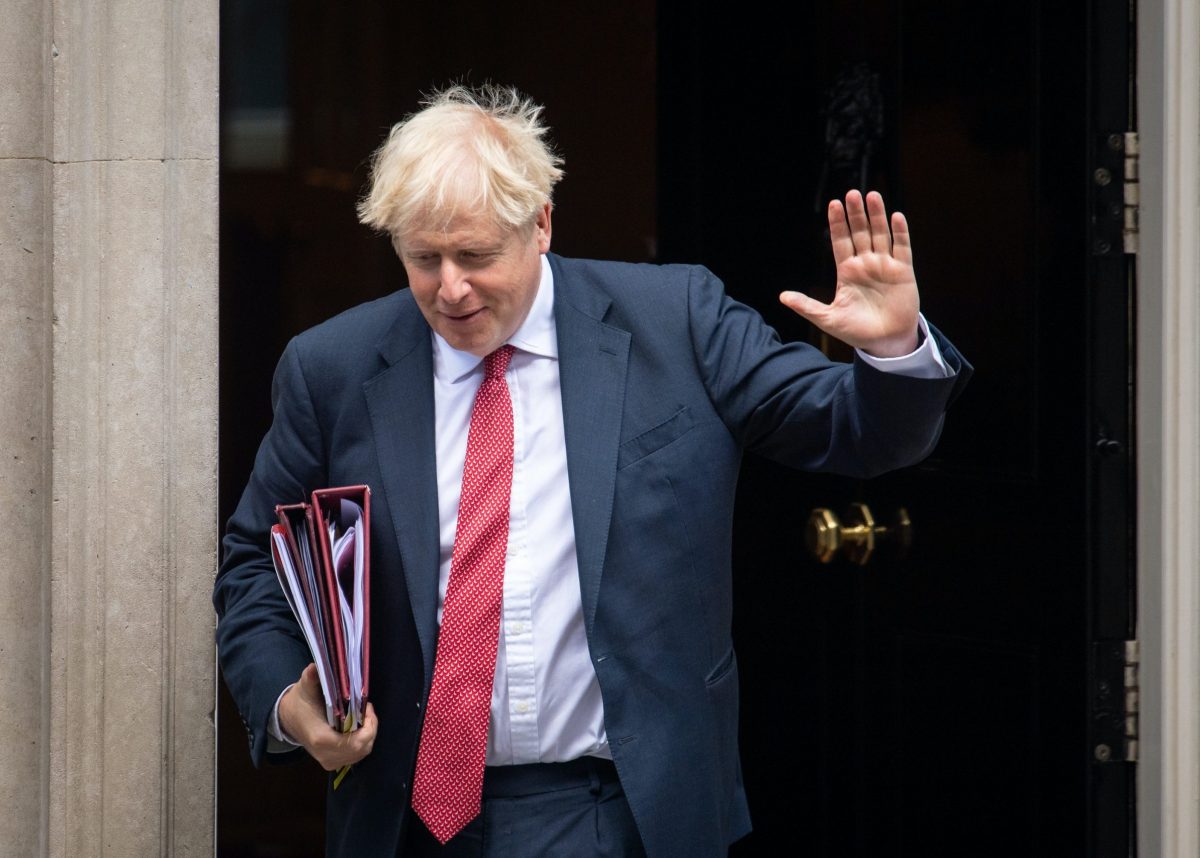 Boris Johnson’s admission that the proposed changes to his Brexit deal would break international law has sparked a huge backlash, with former prime ministers and scores of MPs across the political spectrum lining up to condemn the move.

In a little over a year, Johnson’s Downing Street has repeatedly showed that it is willing to fly in the face of pressure from the media or MPs to change tack. But for many, this latest act of defiance was crossing a line.

Thing is, it’s not the first time that Johnson and his Svengali, Dominic Cummings, have crossed the line into illegality. Far from it. Here are a few big examples of the prime minister playing fast and loose with the law…

Let’s work our way backwards. Rumours abounded on Sunday night that Johnson was planning to rip up the Withdrawal Agreement that he himself had agreed, championed and campaigned on, introducing new laws that would reinterpret the treaty in the event of a No Deal Brexit.

Lost in the melée somewhat is what Johnson’s proposed changes – introduced yesterday in the Internal Markets Bill – would actually do.

Well, one key area of the WA – Article 4, to be precise – makes it clear that areas covered by the treaty take precedence over the UK’s domestic law, known as “direct effect”.

The area of contention is the Northern Ireland protocol, which was agreed by London and Brussels to prevent the return of a hard land border between Northern Ireland and the Republic of Ireland. The solution, enshrined in the WA, was to keep Northern Ireland in the EU’s single market for goods – unlike the rest of the UK.

If no trade deal is agreed between the EU and UK, the WA states that companies moving goods from Northern Ireland to Great Britain would have to fill out export declaration forms.

But Johnson’s new bill would give ministers the power to overrule or ignore that part of EU customs law.

Another key part of the treaty is the agreement that the UK follows EU rules on state aid – the financial support given to businesses by governments – for goods related to Northern Ireland. Again, Johnson’s bill would give ministers the power to ignore that.

“Certain provisions,” it said, would take effect “notwithstanding inconsistency or incompatibility” with international or other domestic law.

That is in direct contradiction to the WA. And, if the proposals became law, it would put Downing Street in breach of its international obligations.

Brandon Lewis infamously claimed that the changes would break international law in a “very specific and limited way”. But breaking the law is breaking the law, no matter how minimally you do it.

It really was Classic Dom. On 27 March, Cummings sprinted out of No 10, ostensibly to take care of his wife, the Spectator journalist Mary Wakefield, who had developed symptoms of coronavirus.

Rather than self-isolating at home, however, Cummings – having then developed symptoms himself – drove the length of the country, to Durham. Cummings claimed to be driving the 264 miles in search of childcare, an idea many poured scorn on.

Reports soon emerged that Cummings had been spotted in both Durham and Barnard Castle – the latter trip, he claimed, was a drive to test whether his eyesight had recovered after suffering from the virus.

The police took the view that Cummings had not broken the law by relocating to Durham. However, his trip was undoubtedly in breach of the lockdown guidelines which – at that point – the vast majority of the country was striving to obey.

According to the official government guidance, Cummings and his whole family should have remained in their home and self-isolated there. He has since been referred to the police by locals in the northeast, who claimed Cummings had breached the law.

Regardless, there has been no remorse. In his now infamous Downing Street press conference, Cummings said: “I don’t regret what I did.”

In what seems like a different lifetime, Johnson waged a fiery battle with the Supreme Court over his decision to prorogue parliament.

Prorogation is a power that lies with the Queen, carried out by her on the guidance of the prime minister. At the end of August last year, Johnson called Her Majesty to advise her to suspend parliament between 9 September and 14 October.

The aim was, MPs claimed, to avoid scrutiny of the government’s Brexit plans. It left rebel MPs seeking to block the prime minister only a couple of weeks to pass any anti-No Deal legislation.

But, in September, the move was ruled unlawful by the Supreme Court, in a landmark judgment by Baroness Hale. Judges said it was wrong to stop MPs carrying out their duties in the run-up to the Brexit deadline – on Halloween last year.

The court ruled that it was impossible to conclude that there had been any reason, “let alone a good reason – to advise Her Majesty to prorogue Parliament for five weeks”.

Baroness Hale added: “The decision to advise Her Majesty to prorogue Parliament was unlawful because it had the effect of frustrating or preventing the ability of Parliament to carry out its constitutional functions without reasonable justification.”

Party conference season was cut short, and MPs returned to the Commons calling for Johnson to resign, and accusing him of lying to the Queen.

We are just over a year into Boris Johnson’s stewardship of this country. We would not rule out a few more battles with the law over the next few years. The only question is whether the prime minister’s urge to fight the law will result in the law winning.