However, Sage colleague Professor Sir David Spiegelhalter said it is “perfectly reasonable” to return to a tiered approach but warned a national easing over Christmas will have costs. 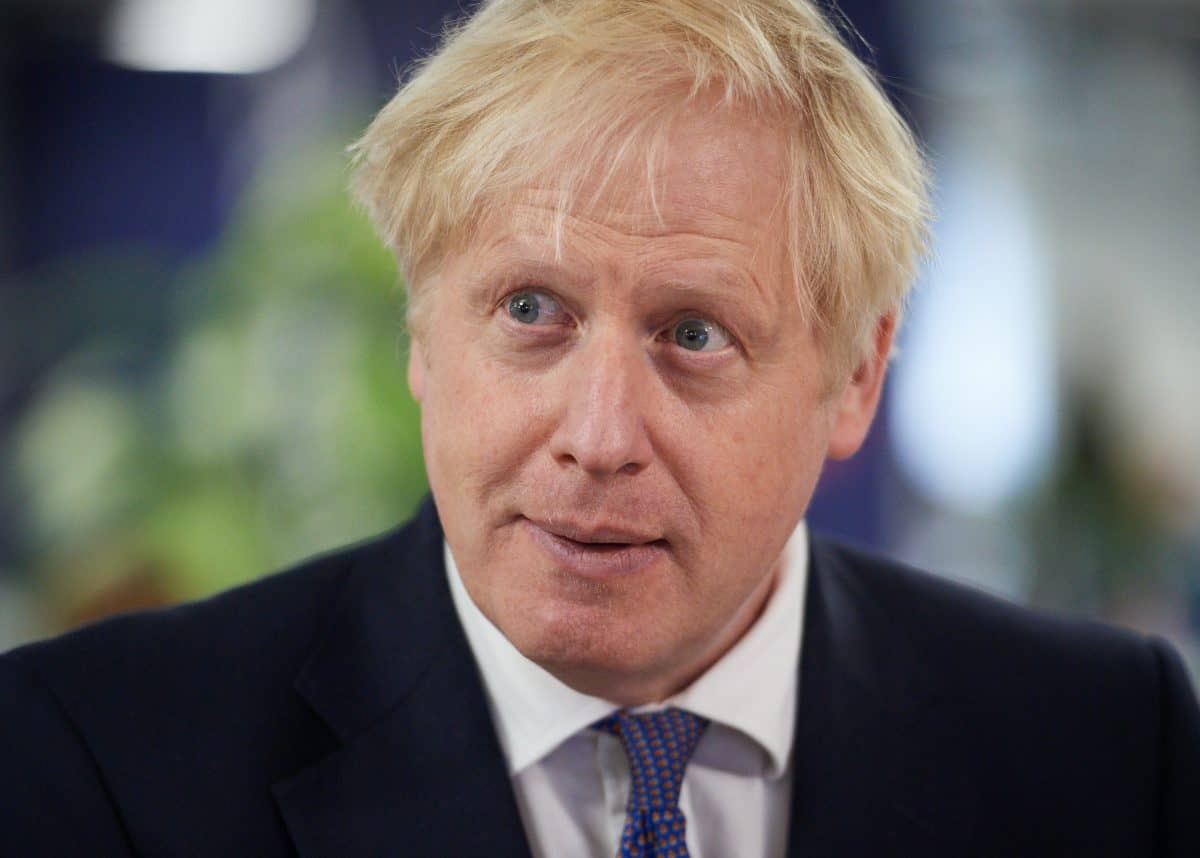 Boris Johnson is facing the threat of a backbench revolt to his plans to move England into a tougher three-tiered system after the lockdown ends.

Dozens of Conservative MPs have said they will not back such a move without extensive evidence.

The Prime Minister has been warned in a letter by the Covid recovery group (CRG), said to be signed by 70 Tory MPs, that he will have to provide a cost-benefit analysis to show the restrictions “will save more lives than they cost”.

But Chancellor Rishi Sunak on Sunday suggested providing the evidence they require will be a tall order, paving the way for a significant challenge to get Parliament’s approval for the restrictions.

Mr Johnson will detail his “winter Covid plan” to MPs on Monday, setting out the restrictions to replace the national lockdown on December 2 and how people can spend the festive period.

Downing Street said more areas are expected to enter higher tiers next month and those tiers will be strengthened to safeguard the gains made during the four-week lockdown.

It is understood the 10pm curfew on pubs and restaurants will be altered.

Mr Sunak said the localised tiered system is a “far better way” to tackle Covid-19 as he confirmed the Prime Minister’s plans, which are expected to be approved by the Cabinet on Sunday.

He warned “Christmas is not going to be normal this year” but said ministers are trying to work out a way for people to see their loved ones over the festive period.

Asked if the Government will provide the analysis the CRG has demanded, the Chancellor told Sky’s Sophy Ridge on Sunday: “It’s very hard to be precise in estimating the particular impact of a one-week restriction.”

On Saturday, the CRG warned it “cannot support” a tiered approach unless the Government produces a cost-benefit analysis showing the plans “will save more lives than they cost”.

The warning against measures inflicting “huge health and economic costs” came in a letter to the Prime Minister, which sources close to the group said had been signed by 70 Conservative MPs, though the only signatories identified were the group’s leaders, former Brexit minister Steve Baker and ex-chief whip Mark Harper.

Mr Johnson will announce the full plans for winter in the House of Commons on Monday before ministers outline on Thursday the tier each area will enter.

They are optimistic restrictions can be gradually reduced in the run-up to spring.

Providing vaccines are approved by regulators, the plan is for the rollout to begin next month before a wider programme in the new year.

When the Commons voted on the current lockdown earlier this month, 32 Conservatives rebelled to oppose the measures and 17 more, including former prime minister Theresa May, abstained.

Downing Street will hope an easing at Christmas, potential vaccines on the horizon and new scientific evidence will lessen the scale of a rebellion, with the Government’s Scientific Advisory Group for Emergencies (Sage) expected to publish papers on Monday saying the previous tiers were not strong enough.

But the CRG letter said: “We cannot live under such a series of damaging lockdowns and apparently arbitrary restrictions and expect our constituents to be grateful for being let out to enjoy the festive season only to have strict restrictions imposed on them afterwards that cause them health problems and destroy their livelihood.”

Labour has so far been supportive of the need for restrictions to slow the spread of Covid-19 and a full-scale Commons defeat on the plan is unlikely.

In one move likely to be welcomed by Conservative rebels, Mr Sunak confirmed to The Andrew Marr Show on the BBC that plans to change the curfew period for pubs and restaurants is “definitely something we’re looking at”.

The Prime Minister is understood to be preparing to unveil a plan so that while last orders must be called at 10pm, people will get an extra hour to finish their food and drinks, with opening hours to be extended until 11pm.

Sage member Professor Calum Semple told Ridge “in reality we can’t ban Christmas” because it would “simply lead to breaches”.

He said any change to the 10pm curfew would be better informed by an understanding of human behaviour to prevent everyone filling the streets at closing time.

“History has got a lot to teach us, in the years of prohibition they tried to change the hours, they tried to say you could only drink if you had a meal and everyone is very inventive and finds ways around it,” he said.

“Fiddling at the edges of something like drinking-up times or pubs’ closing times is simply not an effective mechanism.”

Sage colleague Professor Sir David Spiegelhalter said it is “perfectly reasonable” to return to a tiered approach but warned a national easing over Christmas will have costs.

A Labour spokesman said “we will look closely at any proposals the Government brings forward” but called for “proper packages of support” for businesses that are unable to fully reopen.

“The previous system was failing – simply returning to it without other measures in place will not work,” he added.

The Government announced a further 341 people had died within 28 days of testing positive for Covid-19 as of Saturday, bringing the UK total to 54,626.