If I hear one more person compare the prospect of Britain under a Labour Government to ‘living in Venezuela’ I might to fly to Caracas and throw myself off Parque Central Torre Oeste. Whichever way you voted during the EU referendum OR the General Election, you’re probably tired of being labeled, and are sick to […] 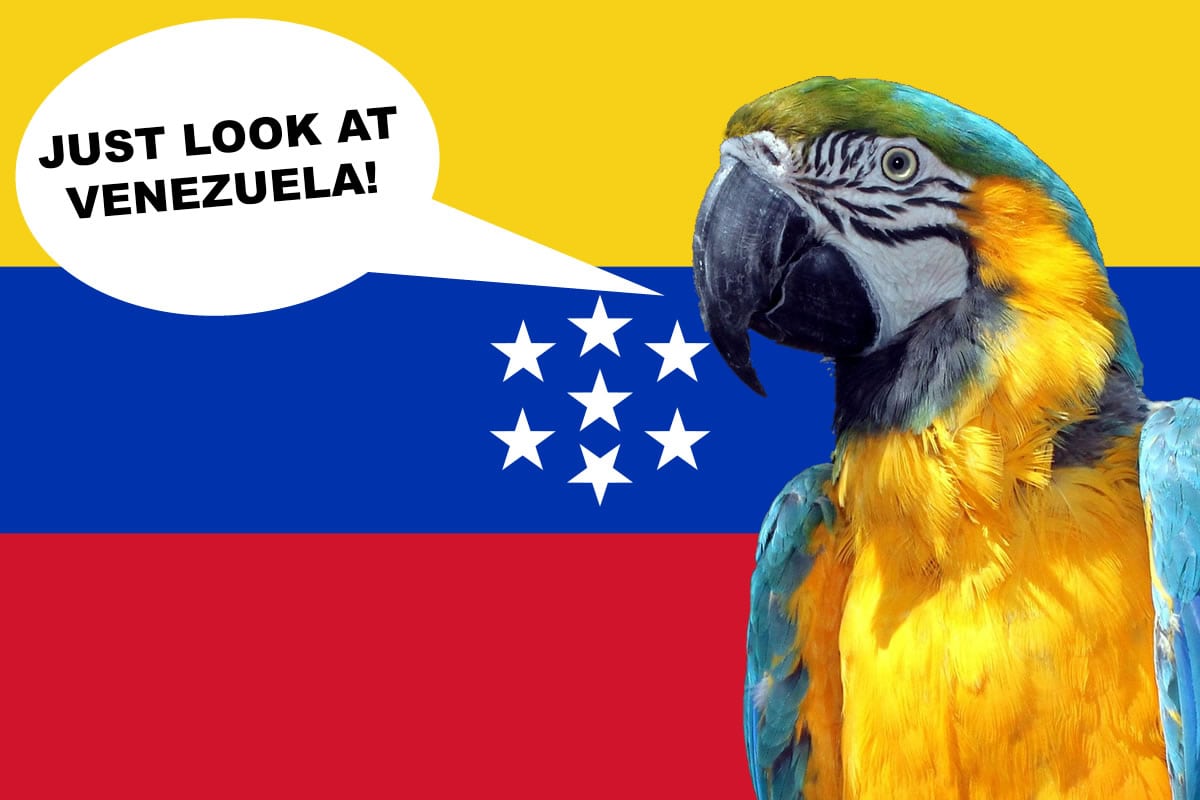 If I hear one more person compare the prospect of Britain under a Labour Government to ‘living in Venezuela’ I might to fly to Caracas and throw myself off Parque Central Torre Oeste.

Whichever way you voted during the EU referendum OR the General Election, you’re probably tired of being labeled, and are sick to death of reading absurd clichés.

Both the right-wing tabloid press and the left-wing Twiterati, are both guilty of churning out labels faster than a Next Sale.

These labels, cliches and baseless arguments only serve to create and fuel divisions, generate some ‘twitter’, and sell more newspapers. Making everyone angry in the process.

The ‘people like us’ mentality has truly taken hold in the UK. Such is the vitriol of reporting, Grandparents and Grandchildren can barely look each other in the eye. They should be discussing their differing perspectives, or even what unites them, over a happy Sunday Roast with a glass of red wine and a smile.

But hey, stay angry. Social media sites serve up content you all ready agree with, so why would you bother engaging in any dialogue with the ‘other side’?

Once you label me you negate me – Soren Kierkegaard.

Applying labels to people is a dangerous game.

Take the recent Labour General Election vote for instance. According to YouGov, 44% of voters in their 40s opted for Corbyn, compared to 39 per cent who voted for the May.

45 per cent of people in ‘full time work’ voted for Labour, compared to 39 per cent who backed the Tories. Similar results were recorded for part-time workers too.

It’s also worth observing the YouGov chart below that shows the more educated were more likely to vote Labour. Whilst there is an age bias, this certainly doesn’t suggest that Labour voters are work-shy 18-year-old under-grads with no understanding of the world.

Political norms have been turned on their heads. What we actually witnessed was large proportions of educated and trained working people turning out to vote for more socialist policies, and back demand-side economics (i.e. investing in future workforce and infrastructure to kickstart our economy).

It’s no secret that many of our daily newspapers are (increasingly) right-wing leaning. As expected, following Labour’s General Election surge, the right-wing press began demonising socialism (even more) without mercy, but without really asking why so much of ‘working’ Britain backed a move toward a more socialist Government.

Despite what some newspapers would have you believe (or even Hollywood during the past four decades), Democratic Socialism is not the same as Communism. You won’t see Rambo fitting the Democratic Socialists in a jungle somewhere.

Britain, like many European countries, is a very socialist country already. But the right-wing press have done an amazing job at making the word ‘socialism’ dirty, even ‘evil’.

You’re probably a socialist, and you don’t even know it

What many people don’t consider is that many of the Great British foundations that we take for granted are socialist principles:

When you blindly attack socialism or ‘Comrade Corbyn’ and parrot the claim that Britain under him would be akin to living in Venezuela, perhaps remind yourself that Britain has embraced socialism throughout the last century.

You never know, you may realise that a little part of you is… a socialist (eeek).

The socialist elements of our life are being slowly eroded away from under our noses.  No wonder everybody complains about our population becoming increasingly self-serving or selfish.  They chastise the loss of our local services and moan about the crumbling local infrastructure.

I like to think it’s possible for personal political views to straddle a number of political landscapes, depending on the issue, but if you want to call me a socialist for valuing state schools, local services, the NHS, and my Sunday stroll, then go ahead.

However, the truth is, you shouldn’t have to choose socialism or capitalism. Socialism and capitalism can work side-by-side. Do you know why? Because that’s exactly how the UK operates right now, and has always operated. Life or politics shouldn’t be polarized. The real trick is getting the balance right.  Why do we need to be at one extreme or the other?

OK, it’s true that the likelihood of voting Conservative increased with age in the last General Election, but is it all to do with wealth, as tradition dictates, or something much deeper?

Perhaps older people are more susceptible to the unabashed right-wing fear tactics, or maybe they are more controlled by the newspaper they read? Considering five of the largest selling newspapers are staunchly right-wing, whilst young people don’t buy newspapers anymore, it’s a strong possibility. In reality, due to technological advances, booming populations and higher social mobility, the older generation has seen the world change more rapidly than any generation on Earth before them. It’s no surprise that the message of ‘stability’ or ‘taking back control’ is a popular one.

On the other side, the younger or ‘working’ generation could be the first to have comparatively lower living standards than their parents, working longer, and with small/no pensions. Why would they want to back policies like Brexit or austerity that will undoubtedly make them poorer in the short term (for another decade at least).

Whichever way the divide manifests itself, surely young and old are united by more than divides them.  I have a hunch that most people care about the same things, but believe in different ways of protecting those things.  The NHS is a great example of something many Brexit voters sought to protect (especially reflecting on the £350m per week lie), despite signing its potential death warrant.

Both generations can see the NHS crumbling in front of their eyes.

Both generations witness modern-day monopolies in the form of globalised corporations paying little or no tax towards the infrastructure and services they use and exploit. Whilst struggling local business diligently pay their contribution.

People from both generations are concerned about our crumbling infrastructure and limited resources. They all know that the lack of investment in local infrastructure, services and people will come back to bite us.

Even if you hold the view that Corbyn bribed students with the promise of eliminating their student debt, ask yourself the following; given the proven benefits of higher education (better prospects, better health, lower birth rates, higher productivity, etc) is it right that a student should now be saddled with £50k debt before they even start work? Should education only be available to the wealthy? Even without the burden of tuition fees, students must still find enough money to pay for rent, bills, food, clothes, equipment, etc – whilst studying.

We’re all socialists, aren’t we?

Perhaps, just perhaps, if more people realised some of the things they hold dear are socialist ideals, they might back the policies a little more without fear of ‘becoming Venezuela’.

Some of the daily newspapers have more than tainted the word ‘socialism’. They’ve convinced you that socialism means freeloading students rioting around London, demanding the World’s wealth is shared out.

They’ve tricked you into believing socialism means spending money from the Magic Money Tree or taking money from your piggy bank that isn’t there (totally ignoring demand side economics, bottom-up cash injection, the Paradox of Thrift, or the multiplier effect – i.e. investing in your country will pay you back with interest).  They’ve conned you into thinking socialism means… Venezuela.

You don’t have to be a full blown ‘socialist’ to support a little more socialism in our Country.

Even if you still think socialism is a dirty word, a few things are certain: re-nationalising the dreadful yet profiteering private railway system, demanding water companies re-invest in the infrastructure we originally paid for, or making corporations pay their share of tax, will turn Britain into Venezuela no more than the Tory winter-fuel payment cap will turn the UK into Bahrain. It’s a lazy argument.

Let’s take back the word ‘socialism’ from the mainstream press and consider that a little more socialism in Britain could make us a fraction more Scandinavia, not Venezuela. 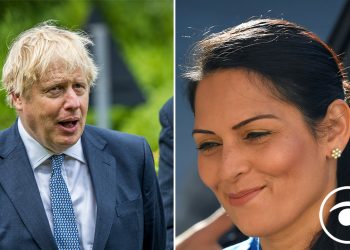