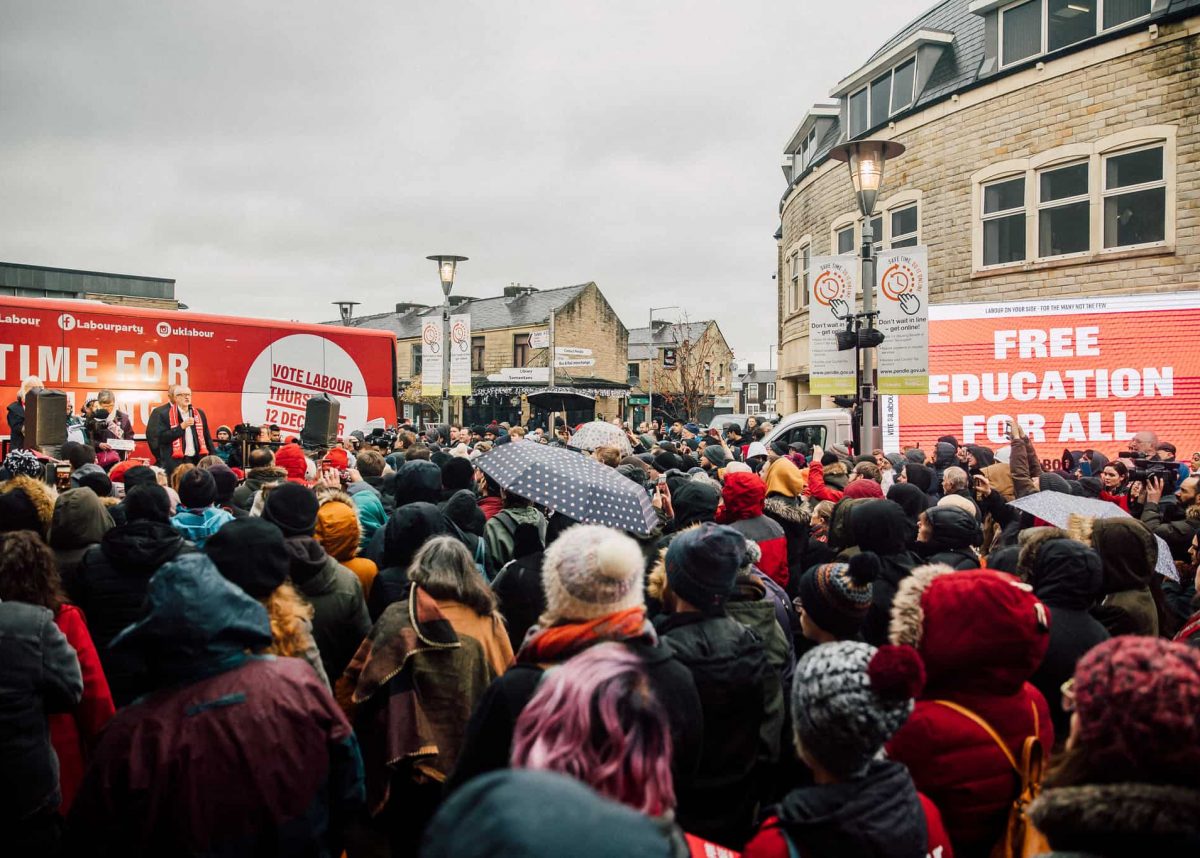 Democracy is under threat. Not from second referendums but from the most powerful people in our country. If we on the left want to be represented more than once in every twenty-five years, then we do not have time to sit around and wait for that to happen. We must find hope and act upon it.

Silver linings are thin and elusive after a result like that, but there are a few. The Tories will need to take complete ownership over the disaster of Brexit. If they are to keep their foothold in the Labour heartlands, they may change their tactic of minimal investment and in doing so alleviate some of the worst consequences of austerity. And Johnson is no longer required to hold hands with the ERG; he is a man that needs to be liked, and so may move back to a more sensible form of Conservatism – for now.

And sure, there is a need for real reflection on the left; the opposition have a lot of work to do and must come out of the other side as a hyper-competent 21st century party with broad appeal. But equally, there are also reasons for this defeat that need no soul-searching to discover. The institutions designed to hold our powerful to account are broken.

All the small parties are in favour of it, and if there is ever a time for Labour to come onboard, it is now. First past the post is antiquated and unfair, ensuring that most of us can at best hope to choose between a rock and a hard place. Compare the 865,697 votes-per-MP for The Green Party versus just 38,264 for the Conservatives and it becomes clear that our representative democracy is not all that representative. If the left are going to be able to vote with their hearts as well as their heads, they need more people to join the fight for proportional representation.

– Petition to upgrade the powers of the electoral commission

This election saw an unprecedented amount of footage manipulation, statistical manipulation, misinformation, and outright lies from the Conservative Party. Democracy does not work unless people have access to facts. The Cambridge Analytica scandal highlighted the dangers of the dystopian coupling of mass data harvesting and complex profiling tools – something that needs to be policed before it gets worse. If you are unaware of the terrifying power of these tools, Netflix’s The Great Hack documentary is a great place to start.

The original source of fake news. A small handful of tax-avoiding billionaires control the public narrative – the powerful now get to choose their own truth, and ours. We have nothing but a toothless press regulator (filled with their ex-colleagues and friends) to police their cosy relationship – something they have failed to do at every turn.

– Take matters into your own hands

Take matters into your own hands. Step up your individual efforts. Join local community groups. Write to your MPs. Give time and money to those who will be overlooked by this government. Support digital activist organisations like Avaaz and 38 degrees. Fight these battles in every way you can. This is not a government that is going to make the changes needed to protect the environment, deal with poverty, or help with many of the issues that are most important to us. We’re going to have to do it ourselves.