Why the oldest plutocracy in the world is terrified of 'Corbygeddon' 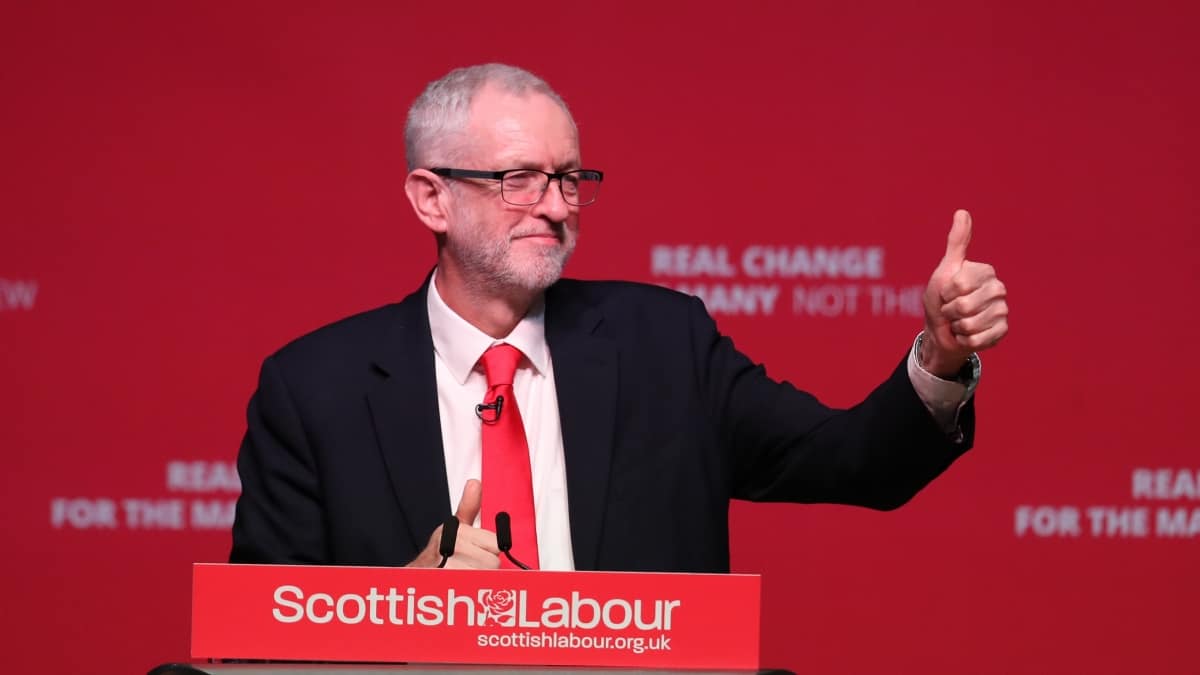 The Economist reports (2 May 2019) that “Well-heeled types worried about the prospect of a Corbyn-led government have been buying property on Guernsey with a view to moving to the island, attracted by its lack of capital-gains or inheritance taxes.”

According to The Sunday Times (12 May 2019), the super-rich could take up to £1 trillion out of Britain amid fears over what the newspaper calls “Corbygeddon.” They reported that the head of Coutts, the Queen’s bank, said that tax experts had helped a number of their clients with a net wealth of more than £500 million leave Britain over the past year.

Meanwhile, the Civil Service is not going anywhere. An anonymous civil servant writing inTribune (23 March 2019) says that, “I’ve been in meetings where officials have laughed at the prospect of a Corbyn government and muttered something like ‘his policies won’t work in this country anyway’ ”.

He adds, “I have seen how Whitehall is run by pro-business, fiscal conservatives … Permanent secretaries usually only get the top job if they have done a stint in the private sector. The social profile of the senior civil service has largely been the same for centuries: white, male and Oxbridge. This social strata owns the wealth Corbyn wants to tax, and profits from shares in companies Corbyn wants to nationalise. When a survey was sent around the office to gather diversity data, they had to clarify that ‘Free School Meals’ were not the kind of meals served at boarding school … I wish I was joking.”

What does this mean for the rest of us?

“Neo-liberal free market dogma reveals fresh wounds every single day and with the blink of an eye through clever legislation and the propaganda of the papers and the greed of the powerful they have sucked the colour out of our communities … So many of our schools have been sold off from under our noses, huge chunks of the NHS have been gifted to vultures who could not care less about the health of our mothers, our fathers, our children. People are being paid less and less to work more and more. Exploitation is so commonplace it is invisible.”

One response to all this is that membership of the Corbyn-led Labour Party has tripled in the past three years, making it the largest left wing mass party in Europe.

The chants of “Oh Jeremy Corbyn”, heard at football matches, music festivals and even at Scout Conventions are an indication of Corbyn’s wide appeal.

“Corbyn gets what the ethnic minorities are going through,” as Stormzy puts it.

Of course, the mainstream media and political establishment attack Jeremy Corbyn supporters as “hard left entryists” and much worse.

It is clear that a radical redistribution of ownership to the many, and away from the few, and accompanied by a foreign policy emphasising peace and not war, won’t be achieved without challenge. Faced with a socialist government, capital flight, investment strikes, foreign exchange crises and opposition from our NATO “allies”, are not only possible, but likely.

Winning the next election will be the easy part.

A Corbyn-led government will have to break up the power relations built up after years of neo-liberalism while developing a strong base that is able able to defend the government.

Across the world in recent years, a new politics – from the Arab Spring and the Occupy movement to the Indignados, the Gilets Jaunes, Bernie Sanders and Alexandria Ocasio-Cortez —have all been struggling for an outlet. In the UK, it is taking place in the Labour Party.

“It’s been like being in a dark tunnel for a long period of time, and people are staggering into the light,” says Shadow Chancellor, John McDonnell.

“There’s been a constraint on hope and optimism, and what Jeremy Corbyn has brought is an optimism and a confidence that these policies can transform the world.”

I started my political life on the receiving end of a fascist fist. Sixty years later I have not forgotten that and nor will I forgot that, after two major operations, I am alive today because of the NHS – introduced by the last radical Labour government.

In the teeth of powerful vested interests the task of transforming the UK in what the historian R. H. Tawney once called “the oldest and toughest plutocracy in the world”, has only just begun.

Those of us who wish to help with this transformation need to prepare to do much more than place an X on a ballot paper. The system we seek to replace is tough. We must be tougher.