Jeremy Corbyn – like him or loathe him - has made politics feel, not only bearable, but exciting to young people. 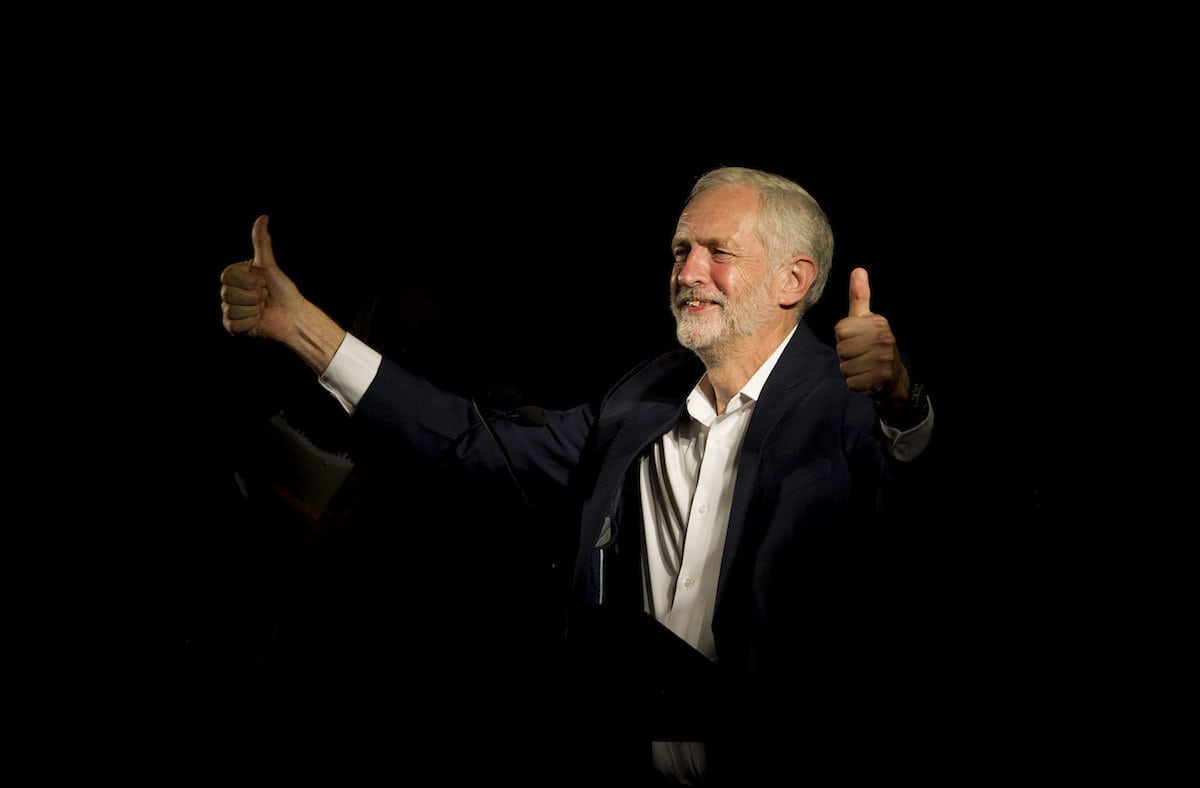 Thousands of young people flock to his rallies like obsessed, politico groupies. He is Westminster’s equivalent of The Clash – an anti-establishment, anti-monarchical punk intent on shouting about injustice, inequality and tax avoidance. Whilst championing the working-class and promoting peace – and young people are listening.

Jeremy Corbyn – like him or loathe him – has made politics feel, not only bearable, but exciting to young people. According to data from the electoral register and published by the Independent, since the general election was called over 1.1 million young people (under 35) have registered to vote. Admittedly, this isn’t all down to the Corbyn effect, but he’s undoubtedly been a major player and the proof is in the pudding. A recent YouGov poll found that 69 percent of 18-24-year-olds would elect him as PM. To put that into perspective, only 12 percent of the same demographic would vote for Theresa May. The same poll also put the Labour party ahead of the Conservatives by 57 points amongst voters under 25. So, regardless of which way you swing politically, you must acknowledge he has done a lot to resuscitate conversations between politicians and the young – who often feel left out in the cold.

His popularity amongst young people is likely due to his willingness to do things differently – like when he gate-crashed a Libertines gig. Or when he awkwardly sang along to Ben E.King’s ‘Stand by Me’ with a young busker in Greater Manchester. Or when he boogied his way through Notting Hill Carnival, long before this election campaign began.

He has also stimulated support from celebrities and musicians across the UK – from Harry Styles and Steve Coogan to Russell Brand and Stormzy. The latter, together with the likes of JME, Novelist and Akala (some of who have not voted before), have been encouraging young people to vote for the bearded socialist in a movement called #grimeforcorbyn.

Now Corbyn might look more like a haggard Greenpeace activist than a grime artist; he might sound more like one too. Nevertheless, wherever he goes he is greeted by thousands of passionate fans who scream his name.  When he arrived in Leeds a few weeks ago, people clambered up walls and hung from lampposts to get a view of the Labour leader. That wasn’t a one-off either. He got a similar reception in  Scarborough, Hebden Bridge, Liverpool, Cardiff, Reading, York, Leamington Spa, Manchester and most recently Cambridge – when his Pringle-eating endeavours went viral. This evening thousands of people were turned away from a rally in Gateshead over capacity issues. Never in my short political lifetime have I seen a politician create such a raucous gig-like atmosphere.

Part of his charm is, when people talk, he listens – age aside. He doesn’t talk at people, he talks to them. And whether he’s speaking the public on the street, or to the media, he is open, honest and not afraid to apologise for his mistakes – as he did when he forgot childcare figures just the other day. That wasn’t his only gaffe and it probably won’t be the last.

However, younger voters, like me, are willing to forgive his mistakes because he’s proven to be a genuine bloke. I’m far from a conventional Corbynite. In fact, when he first won the Labour leadership, despite sharing similar views, I found him a smug, impersonal, middle-class careerist. Now here I am singing like a Corbynista canary.

Labour’s manifesto is one of the reasons for that. It has been built to better our society with the next generation in mind and that’s a tribute to Jeremy Corbyn. Abolishing tuition fees and zero hours contracts, increasing the minimum wage, building more affordable housing, cheaper rail fares and re-introducing grants for nurses and students are policies for the next generation – and rightly so. The youth of today are tomorrow’s doctors and nurses, politicians, plumbers, firefighters and policeman. These policies are far from a communist’s wet dream; they are largely based on common sense and if you want to see proof that they work take a look at countries like Sweden, Denmark and Germany.

The other day I went out delivering leaflets with a friend who, like me, had previously only signified his political alliances by placing a tick in a box at the polling station – until JC came along. He’s now an active member of the Labour party – knocking on doors, engaging in debate and following politics closely. There must be thousands, if not tens of thousands of young people doing the same up and down the country and that’s largely because of him.

He won’t win this general election outright. He might not even stop the Conservatives getting a majority. He might even lose a few seats. But, irrespective of the result on June the 8th, Jeremy Corbyn has done more to engage young people in politics than any politician in the past century – and that can only be a positive thing.