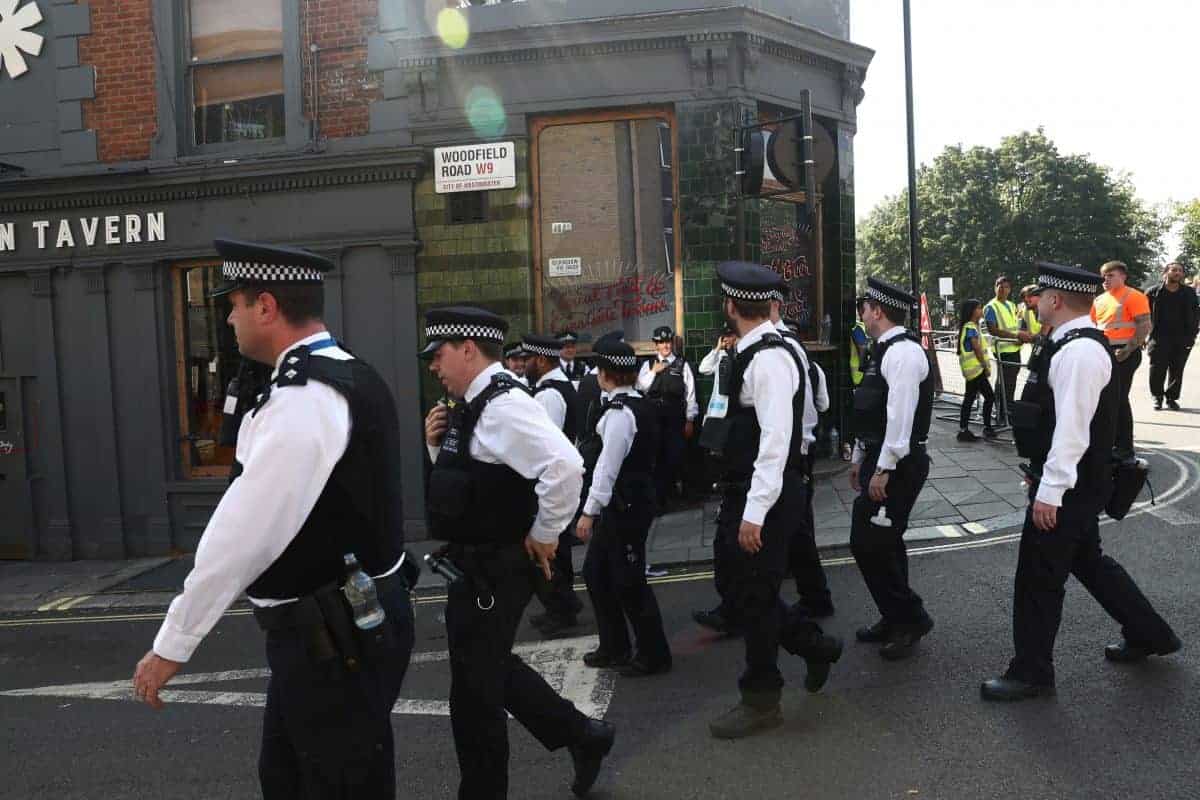 The young lad lying sprawled out on the pavement looked no more than 15 and had clearly come to the end of his carnival. Attempts to rouse him by the two police officers failed and they gently placed him in the recovery position. After the officers monitored his condition for about 15 minutes a lone paramedic arrived.

Just two streets down was another sprawled figure; this time is was a girl in her late teens or early twenties who was lying next to a pile of unsightly vomit watched by a concerned friend. Her anxious companion was giving one of the two officers her details while the other, incidentally a black officer, was tending to the girl herself.

Later I saw half a dozen officers plus one paramedic struggling with a blanket type stretcher that contained yet another unconscious female who had been carried through dense crowds to the medical station. Then, as I walked along a side street, I saw more officers attempting help a distressed man rolling on the floor who appeared to be suffering from mental health issues.

For all the controversy and hype that surrounds Carnival which normally includes numerous references to ‘racist’ police, the simple fact is that those officers out ‘on the ground’ spend much of their time helping people and, as befits an Afro-Caribbean celebration, many of those are from the black community.  Most of the time, that appeared to involve giving directions and a friendly chat.

One area of potential conflict was the appearance of ‘knife arches’ which were placed across the entry roads to carnival. Carnival goers passed through without demur and were greeted by cheerful officers; those who set off the alarm were stopped and searched but reacted without rancour.

Twice I saw individuals complaining that the stops and searches were of black youths yet, there also seemed to be an acceptance that this was inevitable given the fact that even the Mayor, now acknowledges that both the victims and perpetrators of knife and gun crime are, in London, disproportionately from the black community.

That this is a reflection of relative poverty and neglect afflicting the gang ridden areas of London, is not the fault of police but successive, inept politicians, governments and councils across the political spectrum. In Merseyside for example, where similar problems of violent crime exist and relative deprivation exist, most stop and searched by police are white.

The official estimate in respect of those attending on the Monday, were a million, but in fact the crowds seemed far denser that I ever remember seeing before, in my previous two visits to carnival.

Police release of crime arrest figures for Notting Hill, have also attracted criticism with comparisons to events such as Glastonbury and Creamfields.

The events, of course, are totally different with music festivals taking place on private grounds in enclosed areas with ‘attendees’ having to pay substantial sums for admission. Most crime relates to theft and drugs. The Carnival is, by contrast held on the streets of London, albeit over a tiny area and open to all (well, with the exception of individuals with a history of gang related violence). For two days a year it is the most heavily policed area on earth.

Carnival crime and attacks on officers.

Notting Hill has a troubled history, which, in the relatively recent past has seen large gangs of youths ‘steaming’ through packed crowds or engaged in pitched, terrifying battles with each other.

Those critical of police choose not to acknowledge that the fact that these incidents are no longer occurring on the scale seen previously and the carnival is consequently a safer place, relatively speaking. That is surely due to police refining their operations which helps ensure that potentially violent individuals together with knives and other weapons are, as far as possible, excluded from Carnival. Surely, given the current level of knife and gun crime which is rightly causing such consternation, any reduction on carnival violence should result in plaudits for police.

However, the sexual and GBH arrests thus far reported may well be life changing for their victims and most within the police community would prefer that the carnival be moved to an open space.

That view would, I’m sure be echoed by many residents; the numerous boarded up homes and businesses surely are not within the spirit of Carnival. With its overcrowded streets and congested ‘pinch points’ a major incident such as mass disorder, stabbings, a shooting, an acid or a terror attack could result in a tragedy that would dwarf Hillsborough.

Yet, whilst the overwhelming majority of the crowds are favourably disposed to police, the number of assaults on police is still unacceptable and fuelled not just by alcohol or drugs but by those who constantly denigrate and never praise officers. That includes sections of the press, politicians and so-called activists.

The fact that our police can, within seconds, morph from being friendly community cops to efficient and effective professionals dealing with a crisis was demonstrated as I was leaving carnival. A fight between two groups broke out and within minutes the protagonists had been detained.

Whilst the Met’s officers and tactics proved effective in dealing with a massive policing challenge there was disquiet over the Met’s Press Office. A tweet from the Met’s Task Force which showed a photo of a knife seized on Carnival Sunday during a Territorial Support Group stop and search mysteriously disappeared. Word soon came back via disgruntled officers that a block had been put on all Met twitter accounts tweeting about carnival other than the official Met Events twitter feed.

I have to say, it was an absolute privilege to walk around Carnival and view the largely unheralded but superb work carried out by the caring and compassionate boys and girls of the Met.

Yet despite this I keep seeing accusations against the police and their use of stop and search. So I’ll throw the carnival question out again out again to police critics:

Would you agree that in policing the  Notting Hill Carnival the Met should; reduce policing numbers to a fraction of those currently deployed; that there should be no stop and search; no pre-carnival ‘raids;’ no ‘knife’ arches; no CCTV; no police ‘super-recognisers;’ plus there should be unrestricted entry to all-comers (no dispersal/banning orders or bail conditions)? 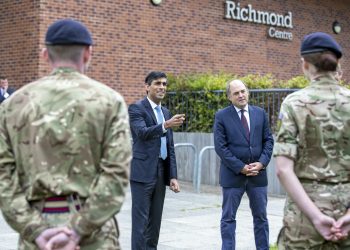