What it feels like when your religious celebration is secretly recorded.  By Clouds Haberberg I came to the Jewdas Seder last night as a completely new face. I’ve been aware of them for a few years now, but it wasn’t until now that I’d gotten around to attending an event. Even though I’d heard […]

What it feels like when your religious celebration is secretly recorded. 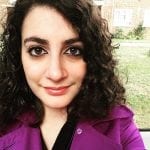 I came to the Jewdas Seder last night as a completely new face. I’ve been aware of them for a few years now, but it wasn’t until now that I’d gotten around to attending an event. Even though I’d heard good things, I didn’t really know what to expect, going in – and I certainly wasn’t expecting to see Jeremy Corbyn standing there the moment I walked through the door.

I’d heard it was a welcoming environment, and that there would be Jews like me there: Jews who had had a limited religious upbringing, who were LGBT+, who didn’t feel like they could support Jewish organisations that weren’t willing to criticise Israel’s domestic policy.

And I wasn’t disappointed. It was nothing like my family Seder – it was more political, more raucous, and decidedly more populated – but at the same time, it felt like family.

Imagine, for a moment, that someone really famous has come to an event at your village hall – not as a keynote speaker or publicity hook, but as an invited guest, like everyone else. People around you are surprised to see them, but the event itself is perfectly ordinary. You eat and drink. You do all the things that your village hall group usually does, and talk about all the things you normally talk about. Your kids play contentedly in the background, occasionally popping up to do an activity that’s designed for them.

Now imagine finding out, as soon as you’ve left, that the whole thing was recorded and sent to someone who has stated their intention to set your village hall on fire. That someone who is presumably known to at least a couple of people in your village association, if not someone who’s been a member for a while, also wants to burn the hall down and eliminate the group.

Nothing that happened last night is in the public interest.

Jeremy Corbyn went to a meal he’d been invited to.

He had a right to attend as a guest and have his privacy respected, but – more importantly – so did the rest of us.

The idea that the paparazzi might have shown up and caused tremendous distress to young children is so abhorrent to me that I can barely articulate it.

The idea that my private religious practice could be placed in the public domain, unbeknownst to me, at any time, makes me feel ill.

Last night, I felt accepted as a Jew for perhaps the first time in my life.

Last night, everyone in that room was betrayed and endangered – because the trope of the Evil Jew is still alive, well, and fresh in the mouths of those who claim to oppose antisemitism.

I want to practise my religion and engage with my culture freely, the way only Jewdas has offered me the chance to do. I don’t want to feel like I have to constantly look over my shoulder and wonder what the person behind me is doing with their phone.

If Guido Fawkes is so keen to defend the religious rights of Jews – and this I have plenty of reason to doubt – then what about our right to worship and observe in private? Why does this freedom only apply to a certain type of Jew?