In sacking Henry Bolton and choosing Gerard Batten as their new interim leader, UKIP members have sounded the death knell for their party. Known for his extreme anti-Muslim views, UKIP founder member and London MEP Batten inherits an organisation (for the next 90 days at least) that is in debt to the tune of hundreds […] 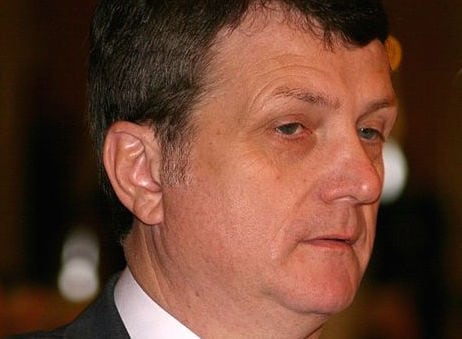 In sacking Henry Bolton and choosing Gerard Batten as their new interim leader, UKIP members have sounded the death knell for their party.

Known for his extreme anti-Muslim views, UKIP founder member and London MEP Batten inherits an organisation (for the next 90 days at least) that is in debt to the tune of hundreds of thousands of pounds, lurching ever further to the right and into political irrelevancy.

Nick Lowles, chief executive of HOPE not hate, said: “Gerard Batten is known for his extreme anti-Muslim views and closeness to various figures in anti-Muslim networks across Europe. This is a man who calls Islam ‘Mohammedanism’ and ‘a death cult’, for heaven’s sake! His vote is a disaster for any hope UKIP might have of resurrecting its political fortunes.

“The party is now a bad joke, haemorrhaging support and money. However, the bigger threat lies in Nigel Farage and his Leave.EU backer Arron Banks who are eagerly waiting in the wings. Farage and Banks are far more capable figures than anything UKIP is likely to offer and likely to hit home hard on anti-immigrant and anti-Muslim messages when they re-enter the political fray, most likely at the helm of a new radical-right political movement.”

Gerard Batten: UKIP’s highly divisive interim leader. He is a founding member of UKIP and a London MEP, with a long history of anti-Muslim views and associations.

He spoke at the far-right Traditional Britain Group in 2011, which wants to deport non-white people from Britain and whose Vice-President called Doreen Lawrence a “n****r” and broadcaster Vanessa Feltz a “fat Jewish slag”.

Batten also has links to anti-Muslim ‘counter-jihad’ networks across Europe, showing support for controversial far-right politicians such as Geert Wilders in the Netherlands – who wants to ban the Qu’ran and halt mosque building – calling him “a very intelligent man, a very decent man, and I think in his own way heroic, because he’s standing up for Western liberal democracy in the face of an ideology that wants to destroy it.”

In 2006 Batten called for British Muslims to sign a “Charter of Muslim Understanding” to reject violence, reiterating the claim in 2014.

He also referred to Islam as a “death cult” after the Westminster attack, saying: “We should return to calling [Islam] what the West used to call it: Mohammedanism – the cult of Mohammed – because that is what it is.”

“It is a death cult, born and steeped in fourteen hundred years of violence and bloodshed, that propagates itself by intimidation, violence and conquest.”

He added that: “A normal non-Mohammedan should have a perfectly rational fear of ‘Islam’.”

In the wake of the London Bridge terror attack he said:

“Mohammedanism is a barbaric, regressive ideology that was primitive and backward when it was first concocted in 6th century Arabia”.

In 2010 Batten pledged to bring to an end the building of new mosques in the UK, until and unless a non-Muslim place of worship was built in Mecca, decrying the “explosion of mosques” across Europe.

For more information on Hope not hate Click Here