A Government should ultimately be judged on how it supports the most vulnerable in society. 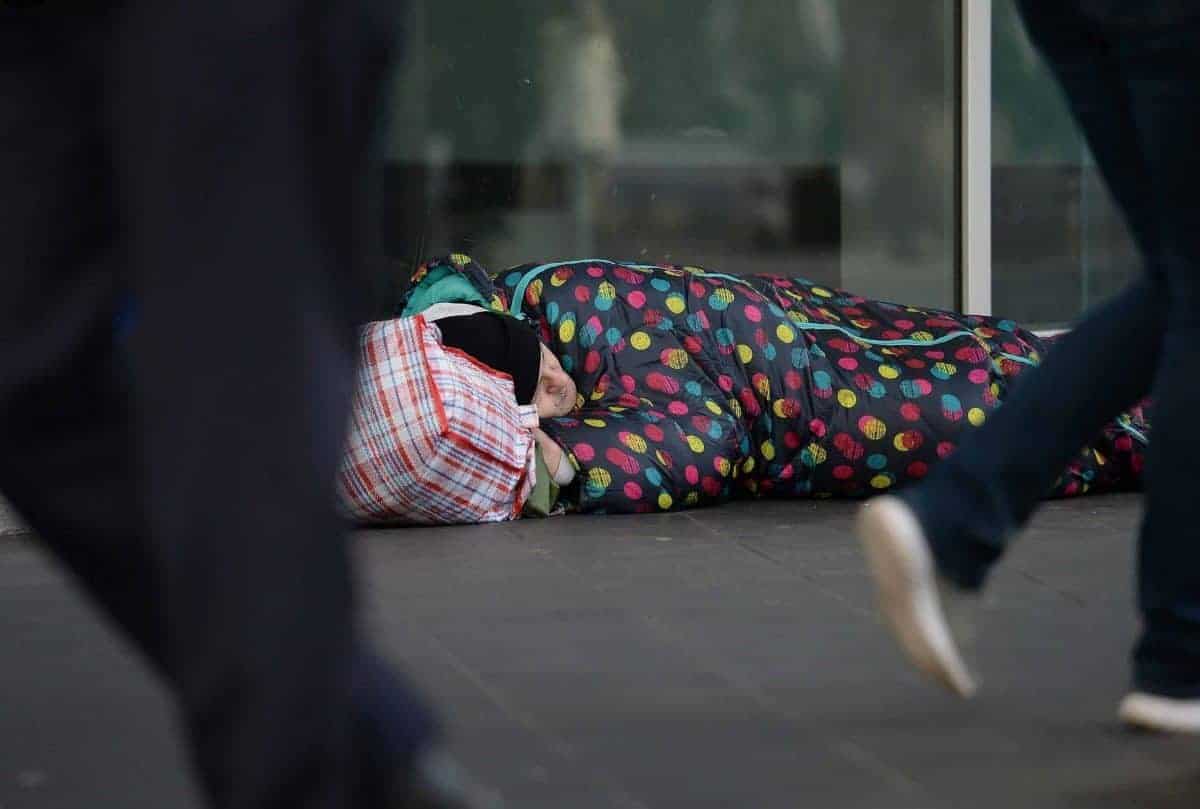 The coronavirus pandemic is increasing poverty in the UK, where levels are already high after a decade of austerity triggered by the global financial crisis.

Research shows that more than 14 million people in the UK are classed as living in poverty, or nearly one-quarter of the population.

The situation is worsening with Britons losing jobs en masse as the UK experiences lockdown.

A decade of austerity

A decade of austerity has elevated the poverty crisis. Since 2010, the Government has cut £40 billion a year from the work and pensions budget through cuts and freezes to tax credits and benefits and this has also created a spike in the baseline definition of poverty: a homelessness crisis in the UK.

An estimated 320,000 people are now homeless in the UK, according to research by Shelter published in November 2018. This equates to one in every 200 people in Britain, an increase of 4 per cent on the previous year. The charity estimates that there are 135,000 children now living in temporary accommodation and that 4-5,000 people sleep on the streets on any given night in the UK – a figure that has almost doubled since 2010.

In addition, there are an uncertain number of ‘hidden homeless’ who are unknown to authorities, staying with relatives or friends, or sleeping in cars or in the countryside – places that official homelessness statistics don’t cover.

An estimated 726 people died while homeless in England and Wales in 2018. This was up 22 per cent on the previous year – the highest year-to-year rise since this data started being collected.

A report by the waste company Biffa, the Open University and the Chartered Institution of Wastes Management has shown that rough sleepers sheltering in bins has spiked in the past five years, with increased homelessness in the UK blamed for a rising number of deaths by crushing and near misses while bin containers are being emptied.

At least seven people sleeping in bins are known to have been killed in the past five years, according to the Health and Safety Executive. From April to December 2019, Biffa employees also recorded 109 “near misses” or encounters with people either sleeping in or near its bins.

These appalling statistics are the end product of a Government that for 10 years has failed to understand and rectify the homelessness crisis. Austerity-driven poverty and the breakdown of mental health provision means that homelessness numbers are growing. Mental health trusts in England have suffered budget cuts in real terms of just over 8 per cent year-on-year since 2011. They have lost almost a third of all NHS mental health beds over the past decade and 6,800 (15 per cent) mental health nurse posts have gone.

Cuts to funding for housing benefit, local government funding, mental health budgets, disability allowances, homelessness services and new council and social homes are all directly responsible for the increase in people living and dying on our streets.

The tragedy is that it is entirely within the Government’s power to do something about it. We should make housing a basic human right rather than a roof over someone’s head being conditional on engaging in services for drug use or mental health – especially when such services have been cut. Evidence from countries such as Finland shows that the opposite approach to tackling homelessness is true: that when people are given homes, homelessness is radically reduced.

People locked in poverty face huge challenges right now in the face of rising costs and income losses that will come as a result of the Coronavirus crisis. They are also more likely to be in poor health, disabled, and to be caring for others. In addition, people stuck in poverty are more likely to experience anxiety, depression and other mental health difficulties. The services on which people on low incomes rely are also at risk of disruption, such as food banks and advice teams. The millions of workers trapped in poverty are more likely to have insecure jobs, with fewer rights and employee benefits, and they are less likely to have savings to help cover additional unplanned costs or gaps in income. It is vital that the Government and other organisations in the UK take all possible action to reduce both financial pressure and increased anxiety.

A Government should ultimately be judged on how it supports the most vulnerable in society. The UK poverty crisis shows that, ultimately, the Conservative Government has failed.

Related: Don’t bother filming the next Black Mirror – we are already living it