Despite the country facing the existential crisis of climate change, a desperately unequal society and an uncertain future with Europe most people are happy to put their faith in a party that promises simply to ‘get Brexit done’. 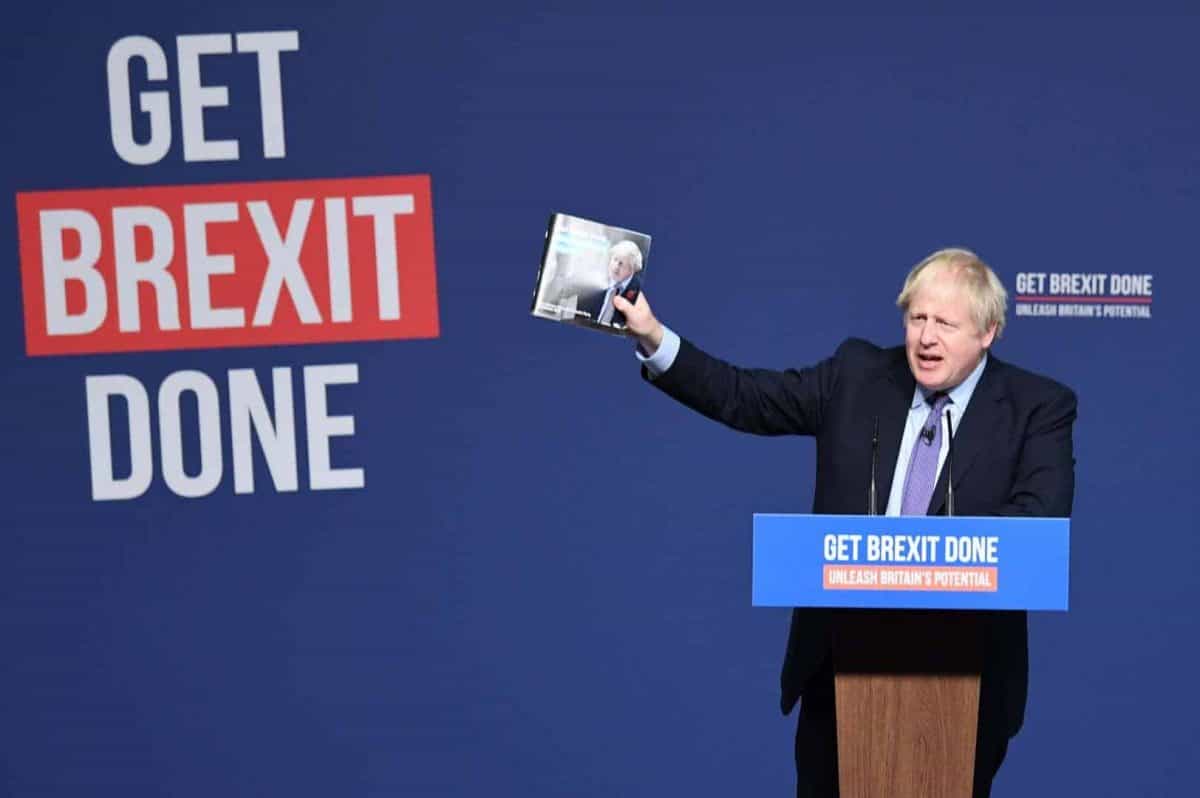 The Conservative’s retained their 15-point lead over Labour in the polls this weekend with just days left until the crucial general election.

Some 53 per cent of voters are confident that Boris Johnson will become prime minister next week and 57 per cent expect the Tories to be the largest party in Parliament.

In comparison, only 15 per cent expect Labour to be the largest party and an even smaller number (8 per cent) expect a Labour majority.

The lure of simplicity

You have to admire Dominic Cummings’ ability to distil such a complex general election into just three words.

Despite the country facing the existential crisis of climate change, a desperately unequal society and an uncertain future with Europe and the rest of the world, most people are happy to put their faith in a party that promises simply to ‘get Brexit done’.

More than a third of voters still say Brexit will be the deciding factor for how they vote on Thursday, down slightly from the start of the election, but still higher than any other one issue.

And according to focus groups in marginal areas the simplicity of the Conservative’s strategy is cutting through.

But here’s the rub; it is a complete fabrication.

As I wrote here, ‘Get Brexit Done’ is the biggest manifesto con in political history that is held together by the notion that the completion of the process is within grasp.

But the reality couldn’t be further from the truth.

Michel Barnier torpedoed that promise today, confirming that the EU/UK future relationship “cannot be settled in 11 months” as promised.

The Economist also notes that the headline manifesto pledge may be a little wishful, yet they also concede it won’t stop Johnson taking a majority next week.

The main problem is that, in contrast, Labour’s manifesto is devilishly complex.

As Lewis Goodall has pointed out, the two main problems with the sheer number of Labour promises is that they start to seem “completely incredible to voters” who can lose a sense of “what really matters” to the party.

In 2017, Labour had a really clear and targeted approach, but the 2019 election is becoming a story of a party promising the world.

Jeremy Corbyn insists that his spending pledges are necessary to right a decade of austerity, but what he may not have considered is the impact it is having on voter’s ability to comprehend what they’re setting out to achieve.

In an election defined by just a handful of major issues, so much confusion could ultimately be Labour’s undoing.

Related: The Conservatives are trying to sneak constitutional reform in by the back door