I am not going to assume that you have already seen the confrontation two weeks ago between Senator Dianne Feinstein and a group of schoolchildren over the (no pun intended, at least not by me) green paper proposals collectively titled the Green New Deal. As we live in a time of scandal by the hour […]

I am not going to assume that you have already seen the confrontation two weeks ago between Senator Dianne Feinstein and a group of schoolchildren over the (no pun intended, at least not by me) green paper proposals collectively titled the Green New Deal. As we live in a time of scandal by the hour it is quite easy to miss one or a dozen a week, so if you are not familiar with that clash you can find the news report here. Take a moment to take a look.

Well now, wasn’t that edifying? Time was, whenever faced with neatly scrubbed youngsters with one of those large, class-signed petitions, any politician would accept the hand-drawn bristle board document with good grace, smile for the cameras, hand out a box of flags, lapel pins, pens or other such swag before getting back to the true business of a busy political life – raking in the dough for the next election. Instead, we see an 85 year old woman who has been serving in the US Senate since 1992 effectively say, ‘Know your role and shut your mouth.’ Were the late Gore Vidal still with us, I suspect even his nimble and acidic wit would be lost for words.

I’m not going to dwell longer than is necessary on Senator Feinstein. She’s not the first nor the last politician to have a Bad Day at the Office; those of us of a certain vintage can easily recall Nelson Rockefeller, at the time the Vice-President, proudly offering up his middle finger at some protestors in the back of an auditorium. Not even Trump has gone quite that far yet, unless he has and we haven’t noticed because, short-fingered. No, concentrating on Feinstein implies that she is the greatest or one of the greatest barriers to real environmental reform. Would that were the case as, if the numbers of opponents to the Green New Deal, which we are about to examine to some length, could be easily ‘named and shamed’ the battle would be virtually won already by we, the Good Guys.

Speaking of names, it wasn’t just to this group of schoolchildren that Feinstein was saying know your role to. Here is just a small sampling of familiar names who have signed on to the Green New Deal proposals: Congresswoman Alexandria Ocasio-Cortez (q.v.), Senator Ed Markey, former Secretary-General Ban-Ki Moon, economist James K. Galbraith, Professor Noam Chomsky, Al Gore, at least four top tier contenders for the Democratic Party presidential nomination, and Green Parties along with major Environmental groups quite literally spanning the globe. 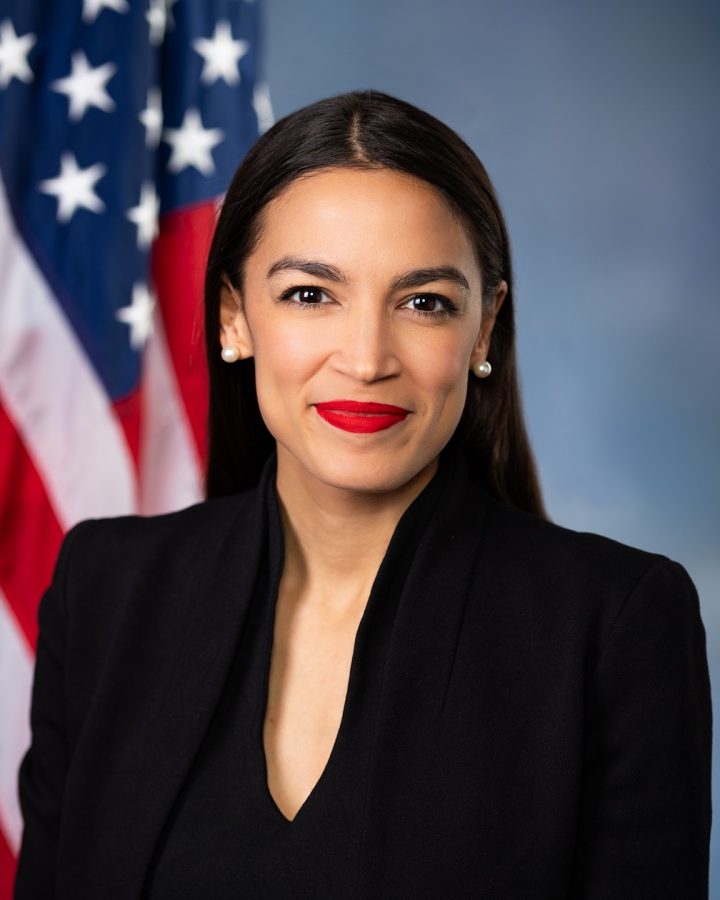 So the question before us is: If the kids (who will be voting for or against these lugs and their like for decades to come) are pro-green policies, and if the smart people are pro-green policies, why are most governments not just dragging their heels? That includes even the ones who at least talk a good game. In Canada, Justin Trudeau was elected Prime Minster at least partially because of his commitment to the environment; he has since been in a four year fight against the indigenous peoples of British Columbia because he insists an oil pipeline has to be shoved through their land to what is possibly the least safe harbour for an oil tanker to navigate this side of the Cape of Good Hope. Why doesn’t Green mean go?

The Green New Deal: What’s Inside the Box?

The first thing one notices upon opening House Resolution 109, with lead sponsor Ms. Ocasio-Cortex and co-sponsored by 69 other members of America’ lower House is how the argument is framed in economic terms as opposed to anything that could remotely be termed as romantic. These policies are about bread and drink, not ‘pity the bunnies’.

The document borrows from the traditional journalist’s check off path known as The W5: Who will do What, When, Where and Why? The authors place the Why right up-front, to make the urgency of action on the environment clear, with the lead evidence provided by a one-two punch of the UN sponsored Intergovernmental Panel on Climate Change and the US Government’s own Fourth National Climate Assessment. These two reports, released within weeks of one another in late 2018 state the evidence in the clearest, starkest manner imaginable. To wit: Human activity is the cause of observable climate change (not ‘cow farts’ or any other such deflecting nonsense) and if action is not taken it is going to be goddam expensive both in terms of human lives (350 million being forced to move because of rising sea levels and desert expansion) and expense. In the case of the latter, the estimates are that by the year 2100 the US will lose coastal real estate and infrastructure valued at $1 trillion, and a further costing of $500 billion annually in terms of lost revenue and emergency or relocated infrastructure. All of that from a global temperature rise of 2 degrees Centigrade. 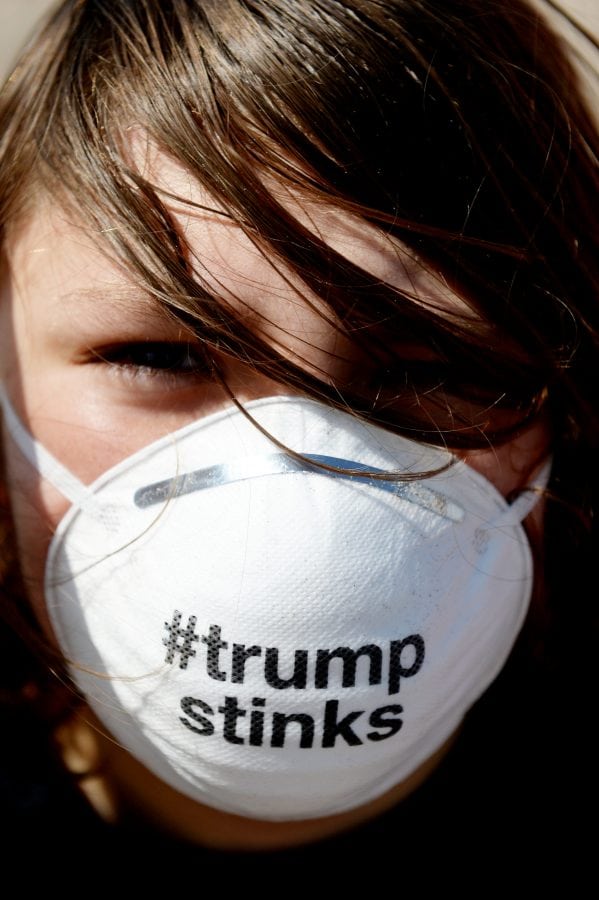 To place the numbers above in some form of context for you, the deeply flawed Trump Tax Cut – a subject for another day – adds $1 trillion to the US deficit over a 10 year period, whereas $500 billion if added to the 2019 Federal Budget projections of $4.2 trillion would be the fourth largest line item, following Pensions, Health Care and Defense. To quibble as some will about any particular figure is as to question the number of fish consumed by a shark; why are we arguing the guppies and ignoring the shark?

Now, the statement of the case for environmental protection in H.R. 109 is absolutely nothing new, nor is the prescribed procedural goal of holding down the temperature rise to 1.5 degrees rather than 2, through a combination of reduced carbon emissions balanced with green energy-producing technologies. Let a thousand windmills turn! The ‘what’ is not the attraction, the boldness of the Green New Deal; rather, it is the implied argument of opportunity that attracts interest. Put short and bluntly, if this thing is going to cost you $500 billion eventually, how better to spend $500 billion, or perhaps somewhat less if the overall project is embarked on immediately and wisely?

If there is one opinion I have held without waver or question over the last thirty years it is this: By far, the greatest elected political leader in history was President Franklin Roosevelt (1933 – 1946) and honestly it’s not even a close competition. While many have had their moments, and many have quelled crises, FDR saved the capitalist system through direct investment and government intervention into avenues traditionally left to private capital. While the monopolists and oligarchs were allowed to effectively create America’s transportation, banking and industrial systems during that nation’s Gilded Age, when those systems broke down during the Great Depression private capital lacked the logistical capability to repair itself. It required what we term today as socialist policies to steady the economy so that capitalism might thrive again.

Roosevelt saw opportunity in crisis. Hence the great energy projects of the Tennessee Valley Authority, Electrification or Texas, and the Hoover Dam that powered what had been rustic and scattered hinterland areas. He did not just cut taxes; rather he put wages in the hands of people through the construction projects of the National Relief Administration. And, while it took a further twenty years to complete (assuming it actually ever was completed) he began the attack on Jim Crow Laws that held the Negro (sic) community as a permanent under-utilized and under-educated underclass. Crisis can be opportunity for greatness.

The Green New Deal: Where

Ocasio-Cortez’s Resolution places the responsibility on repairing the environment, or more accurately softening its worst blows, on the Federal Government acting in partnership with State and Local authorities. Tighter building codes, the refurbishment of existing structures (you know, roof gardens), and carbon taxes all need to happen now and be fully in place by 2030. Conservatives of course will have been turned off already, as conservatives have a visceral hatred of the word ‘regulation’ even though it is regulation in the form of speed limits that saves children on tricycles from being mown down by drag racers on suburban streets, and it is regulation in terms of job safety that saves untold thousands of labourers limbs and lives every year. So, to hell with conservatives. How about if the rest of us chat instead?

Here is the thing I love about House Resolution 109 and here is the thing so incredibly under-reported in the mainstream media – it strikes directly at the heart of Trumpism by directly healing it. I quote:

“(C)limate change, pollution, and environmental destruction have exacerbated systemic racial, regional, social, environmental, and economic injustices (referred to in this preamble as ‘‘systemic injustices’’) by disproportionately affecting indigenous peoples, communities of color, migrant communities, deindustrialized communities, depopulated rural communities, the poor, low-in-come workers, women, the elderly, the unhoused, people with disabilities, and youth (referred to in this preamble as ‘‘frontline and vulnerable communities’’).”

Therefore, the investments required to stabilize the environment can in turn be placed in regions and employ populations ignored for generations. Wages in regions and among populations that have not received a real rise against inflation in over two decades will rise as the quality of required work rises. There is an opportunity in crisis to calm the masses, not with words, not with platitudes, not with promises forever kicked further down the road; but with action, honest communication, and not vulgar acts of bribery that saw cities like New York – already wealthy – tossing $3 billion bribes at the world’s richest company (Amazon) in the hopes of luring it.

The world may just save itself again. We’ll be watching and as always I’ll …