From dog-whistles to support for far-right parties, the Tories’ record on anti-Semitism is not being scrutinised, despite two suspended candidates still standing as Tory candidates in the election. 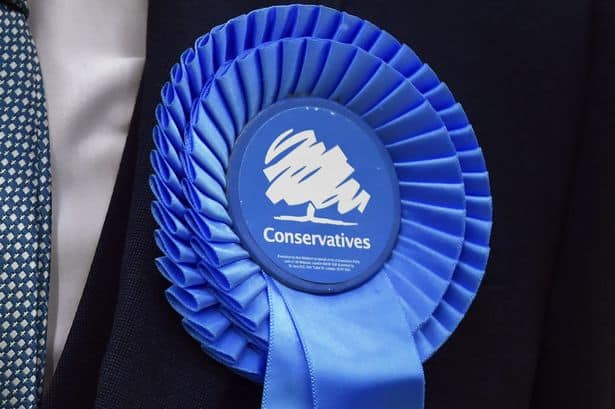 Britain’s Conservative party has a long history of institutionalised racism. Barely a month passes without Tory MPs, councillors, members, and donors making derogatory comments at branch meetings, parties, and on social media. Their abuse is typically aimed at LGBTQ+, BAME, and Gypsy-Roma. Disciplinary action ranges from nothing to brief suspensions, and in rare cases expulsion.

And there isn’t room here to touch on Boris Johnson’s racist record – from slurs like “piccaninnies” and “puffing coolies” to accusing Nelson Mandela of moving Africa towards a “tyranny of black majority rule.”

The most common abuse is directed at Muslims. Fifty-six percent of Tory members believe that Islam is a threat to British “values.” But there is another form of institutionalised Tory racism that few in the mainstream media seem keen to acknowledge: anti-Semitism.

Successive polls suggest that there are higher levels of anti-Semitism among Tory and UKIP voters than there are among supporters of other parties. (The polls were published prior to the founding of the Brexit Party.) The Tories have seen these polls but they have done nothing to address them.

In 2017, these figures were re-confirmed when CAAS’s Antisemitism Barometer found that 40 percent of Tory voters “endorsed” at least one anti-Semitic statement. But Tory anti-Semitism has a long history.

Prime Minister Boris Johnson’s hero, Winston Churchill, a figure revered by establishment Tories, wrote: “The dual nature of mankind is nowhere more strongly or more terribly exemplified” than in Jews. “Good” Jews conformed to Churchill’s politics. “Bad” Jews did not. Writing in the 1920s, specifically in opposition to Jewish communists and anarchists–including Karl Marx, Rosa Luxemburg, and Emma Goldman–Churchill wrote of a “world-wide conspiracy for the overthrow of civilisation and for the reconstruction of society on the basis of  arrested development.” The “madness” of supposed Jewish “terrorism … has been allowed to prey upon the temporary prostration of the German people” in Bavaria.

Churchill’s opinions are swept under the carpet by his contemporary supporters. Boris Johnson has never denounced them. Mainstream media refuse to call them out.

More recently, last week Boris Johnson attended a ceremony where his predecessor former PM Theresa May unveiled a statue of Britain’s first female to take her seat in Parliament, Nancy Astor. Astor took her seat in 1919 and held it until 1945. In 1934, Astor told a delegate of the League of Nations: “there must be something of the Jews themselves which had brought them persecution throughout all the ages.” Separately,  Astor complained that The Observer, then owned by her family, was “full of homosexuals and Jews.”

Not only did Boris Johnson and Theresa May fail to denounce these views, May tweeted of her “pride” in unveiling the statue.

Rees-Mogg: It runs in the family

In the 1980s, the Tory Sir William Rees-Mogg, former editor of The Times, co-authored a book entitled, Blood in the Streets, in which he repeated the false claim that Nathan Mayer Rothschild shorted the pound during the Battle of Waterloo to make “millions” from the chaos.

More recently, Rees-Mogg’s son Jacob, replied to evidence that hedge funds profit from the Brexit that he supports. He countered this by pointing out that a billionaire investor, George Soros, supports Remain. Of all the wealthy Remain supporters, Rees-Mogg chose to single out a Jewish man—and a survivor of the Nazis—who is regularly abused by the “alt-right” and other racists, as a “globalist.” On another occasion and apparently in reference to two Tory MPs of Jewish descent (Oliver Letwin and John Bercow), Rees-Mogg referenced the 18th century Bavarian Jesuit group, the Illuminati; now an alt-right, anti-Semitic dog-whistle describing a supposed Jewish global conspiracy.

Rees-Mogg has not been investigated, suspended or even asked to apologise by the party.

Similarly there were complaints this year about Home Secretary Priti Patel referring to the “North London metropolitan, liberal elite” at the Tory party conference using a common Anti-Semitic trope. She was criticised in the Jewish News for inventing “an imagined metropolitan, liberal conspiracy to undermine societal norms”, and setting it in North London, home to many Jews.

There was outrage when Michael Gove refused to apologise for sharing an antisemitic tweet from a Twitter account falsely claiming to be run by a Labour member.

Similarly Sajid Javid was accused of whipping up fear in the Jewish community and using Jewish New Year as a “political football” By David Schneider for tweeting Jews a Happy New Year while saying they were under threat from Jeremy Corbyn, tweeting about holocaust denial and attempting to link it with the Labour party leader. Javid was forced to retract his comment.

Yet James Cleverly, felt comfortable claiming that Jewish “individuals and groups, including entrepreneurs and other business figures” – people he had known “much of life” would leave the country if Labour won the 2019 election, leading to more accusations of attempting to whip up fear in Britain’s Jewish community.

“To get away with dog-whistle antisemitism and at the same time in the chase for votes shamelessly exploit Jewish fears is quite something,” wrote Antony Lerman in Open Democracy.

Yet despite that, Houghton is still the Conservative candidacy for Aberdeen North.

Amjad Bashir has also somehow retained his Conservative candidacy for Leeds North East after his wrists were slapped with a suspension after The Jewish Chronicle reported on his claim that British Jews who visited Israel were returning as “brainwashed extremists”.

These aren’t the first Tory candidates to have got into such hot water. Tory MP Aidan Burley, was found by the party and its then-leader David Cameron not to be anti-Semitic, despite helping organise a Nazi-themed stag do with Nazi chanting.

Unlike Bashir and Houghton, Burley eventually stood down and did not contest his seat after the scandal refused to go away. Yet for some reason the Conservative party is allowing Bashir and Houghton to stand in the 2019 general election.

Under successive Tory governments, including those led by David Cameron, Theresa May, and now Boris Johnson, Britain supported US efforts to install a pro-Western, pro-European government in Ukraine. British armed forces train the Ukrainian military. But the Ukrainian armed forces work with various paramilitary units, including the neo-Nazi Azov Battalion, whose members carry the flags of the fascist party, Svoboda. In Parliament in 2012, Svoboda’s leader Oleh Tyahnybok  berated what he called Ukraine’s “Muscovite-Jewish mafia.” Under the Right Sector, government-backed neo-Nazi groups include the Social-National Assembly, Trident, UNA-UNSO, and White Hammer.

The virus of anti-Semitism also infects the Tories’ alliances in Europe. Parties from all EU member states typically group in accordance with their political leanings. Through the Cameron-initiated European Conservatives and Reformists (ECR) group, Tory Members of the European Parliament (MEPs) are allied with Poland’s Law and Justice party. As early as 2009, the Jewish MP and then-Foreign Secretary, David Miliband, raised concerns that the Tories were allied to anti-Semites. When in government, the party threatened to outlaw criticism of Poland’s participation in the Nazi Holocaust.

The Tories made no effort to expel the party from the ECR or even denounce them.

Hungary’s far-right Fidesz party runs on a platform of opposing supposed “globalists” in favour of self-professed nationalists. The “globalists” are allegedly corrupting Hungary’s identity by encouraging migration and ethnic integration. Many of these “globalists,” says its leader Viktor Orbán, are supposedly Jews. They include Soros (again) and Andras Heisler, President of the Federation of Hungarian Jewish Communities; both of whom have been racially stereotyped on posters and magazine covers in pro-government propaganda.

In 2018, two-thirds of the parties in the European Parliament backed a motion against Fidesz. The Tories whipped 19 of their MEPs to reject the motion. Tory housing advisor, Sir Roger Scruton, described anti-Semitism in Hungary under Orbán (whose party Scruton had helped to set up) as “nonsense.” Scruton was sacked for making coded remarks about Soros and Jewish intellectuals, but other Tories, such as LBC radio’s Iain Dale leapt to Scruton’s defence.

In addition to holding a specific inquiry into rampant and prima facie Islamophobia (which they refuse to do), the Tories must immediately begin a specific inquiry into  anti-Semitism, especially given the suspension of several of its members during this election campaign, specifically for making anti-Semitic comments. Failure to do so will show that the party simply doesn’t care about racism. In addition, mainstream media should stop enabling Tory anti-Semitism and do more to call it out.

By T.J Coles, with additional content from Ben Gelblum

Related: Tory peer: it is ‘career ending’ to speak out about racism in Conservative party, Johnson’s comments are not fitting for a PM 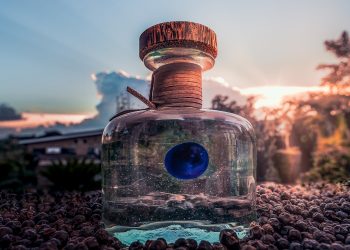