Immigration expert Vanessa Ganguin analyses Priti Patel's announcement on the immediate end of free movement for EU nationals if there is a no-deal Brexit.

by Vanessa Ganguin
in Opinion 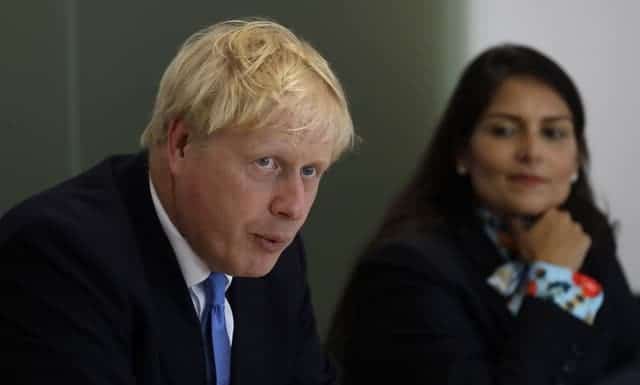 Our new Home Secretary Priti Patel has announced that in the likely eventuality of a no-deal Brexit on 31 October, free movement for EU nationals will end this Halloween.

“Freedom of movement as it currently stands will end on 31 October when the UK leaves the EU,” Downing Street confirmed as it threatens to leave the EU with no deal this autumn. – An increasingly likely scenario now Boris Johnson has filled his cabinet with ministers that won’t speak out against it.

As an immigration lawyer, I can confirm this thoughtless announcement has caused needless uncertainty for many EU nationals living in the UK, not to mention the many businesses that employ them.

And it’s not just British companies of all sizes struggling to prepare for a no-deal Brexitthat have now been suddenly saddled with a new set of hurdles if free movement ends overnight with no system to replace it.

What is this announcement supposed to mean for national institutions such as the NHS that rely on the many EU nationals that work for them?

According to The Times, Home Office officials produced a discussion paper for a ministerial no-deal Brexit meeting last week warning that withdrawing free movement overnight could present a “handling and reputational risk” for the Government.

That is a civil service understatement.

As Home Office staff explained to The Times, any such new system would be literally unenforceable. Employers currently have no system to distinguish new EU arrivals from those already resident pre-Brexit.

The Times reports that Home Office staff have apparently recommended that free movement should continue until a new post-Brexit immigration system is ready in January 2021 to provide “maximum certainty” to EU citizens and employers.

But our new Home Secretary appears ready to cause maximum uncertainty for EU nationals in the UK, Brits working in Europe and all the businesses that employ them by hinting a new as yet unknown system will somehow scrap all of that starting from the month after next.

Shadow Home Secretary Diane Abbott warned of “chaos.” She told the BBC that EU nationals would be in the “same position as the Windrush people”, without the paperwork to prove they are here “perfectly legally”.

The Lib Dems called the announcement “reckless”, and even Conservative MP Alberto Costa was forced to explain that “what we do with EU nationals post-Brexit will be mirrored by EU states towards British citizens in the EU.”

So can the government stop Freedom of Movement on 31 October?

The EU principle of Freedom of Movement will automatically be replaced by UK law on Brexit day according to the Withdrawal Act.

Ministers can change some regulations by statutory instrument – but that is only technically meant to address “deficiencies” in the existing law.

This is why the Migration Committee and MPs had been carefully debating these complex issues ahead of an Immigration Bill expected to replace Freedom of Movement.

But now this vital Bill has been shelved – partly to stop MPs using legislation as an obstacle to forcing a no deal Brexit without Commons scrutiny.

So why is scrapping Freedom of Movement on 31 October totally impractical?

EU nationals resident in the UK had been given until 31 December 2020 to apply for status under the Settlement Scheme.

That was always meant to be the case deal or no deal.

This appears to be remain the same, and what Priti Patel seems be implying is that there will be some new system of immigration control from the EU from 31 October onwards.

But how would border officials determine if someone that hasn’t applied for the Settlement Scheme yet is returning from holiday or has been living in the UK?

If you have queued up at Heathrow or any UK port recently, you will have seen how under strain border officials are already.

There are around 2 million EU nationals who are yet to apply for Settled Status.

It will be utter chaos at all points of entry if border officers have to suddenly place controls on every single EU national coming through.

And how will they differentiate between those who came here before and after Brexit day?

It is absolutely impractical to police – both by our under-resourced border force, and by Britain’s ill-prepared employers already facing the chaos of a no-deal Brexit.

If border forces are placing a new control on EU nationals, employers, landlords, even the NHS will have to try to sort out who was an EU national resident in the UK before Brexit day.

All this with no frameworks in place to differentiate between European nationals residing in the UK before 31 October, but returning from a holiday overseas and those arriving from November 1 onwards?

Suggesting any of this is even possible is not just reckless, it is pointlessly worrying for the two million EU nationals not yet settled as well as millions of British ex-pats in the EU.

What is likely to happen to Freedom of Movement if the UK leaves the EU with no deal on 31 October?

Priti Patel insists that if there is a no-deal Brexit, free movement for EU nationals will end on 31 October.

Arguably, this may well not mean anything different to the Government’s no-deal plan under Sajid Javid. Free movement would have ended on Brexit day.

However recent reports suggest that Boris’ new government may be cooking up something different in so far as new immigration controls are concerned for EU nationals taking up residence in the UK for the first time from 1 November.

Theresa May’s government had already accepted that realistically a new immigration system including one of border controls would not be ready immediately post Brexit day in the event of no-deal.

A transition plan was published in January 2019, in which EU nationals would be granted leave to enter at port for up to three months and could subsequently apply for European Temporary Leave for a three-year period – potentially avoiding massive border upheaval and effectively bridging the gap between exit day and the new system coming into place in early 2021.

It is now unclear whether Boris Johnson and Priti Patel are just trying to look tough, while aware that a similar transitional plan is the only way to avoid chaos.

Or whether as this latest Home Office notice suggests, a more drastic change is being planned, and “details of other changes immediately after 31 October and improvements to the previous government’s plans for a new immigration system are being developed.”

While the imposition of controls at port for all EU arrivals or returnees would seem to be logistically challenging if not impossible, it would seem more likely that there is not much scope to deviate greatly from the transition system announced under May’s Government in the event of no-deal.

As Josh Hardie, CBI deputy director-general, warned: “Businesses and workers know the immigration system is changing. Yet announcing that the existing arrangements may end before a replacement has been designed, delivered or tested will only cause confusion.

“Now is the time for Government to reduce uncertainty, not add to it unnecessarily and hinder no-deal preparations.

“Taking time to prepare a new system will help protect the UK’s attractiveness. Firms will need at least two years to adapt to any new immigration system. Most importantly, getting it right matters to millions of people.”

RELATED: How to apply for Settled Status, Deal or No-Deal Brexit