Please, join me in speaking up for them – for compassion towards all animals, and a ban on live exports. 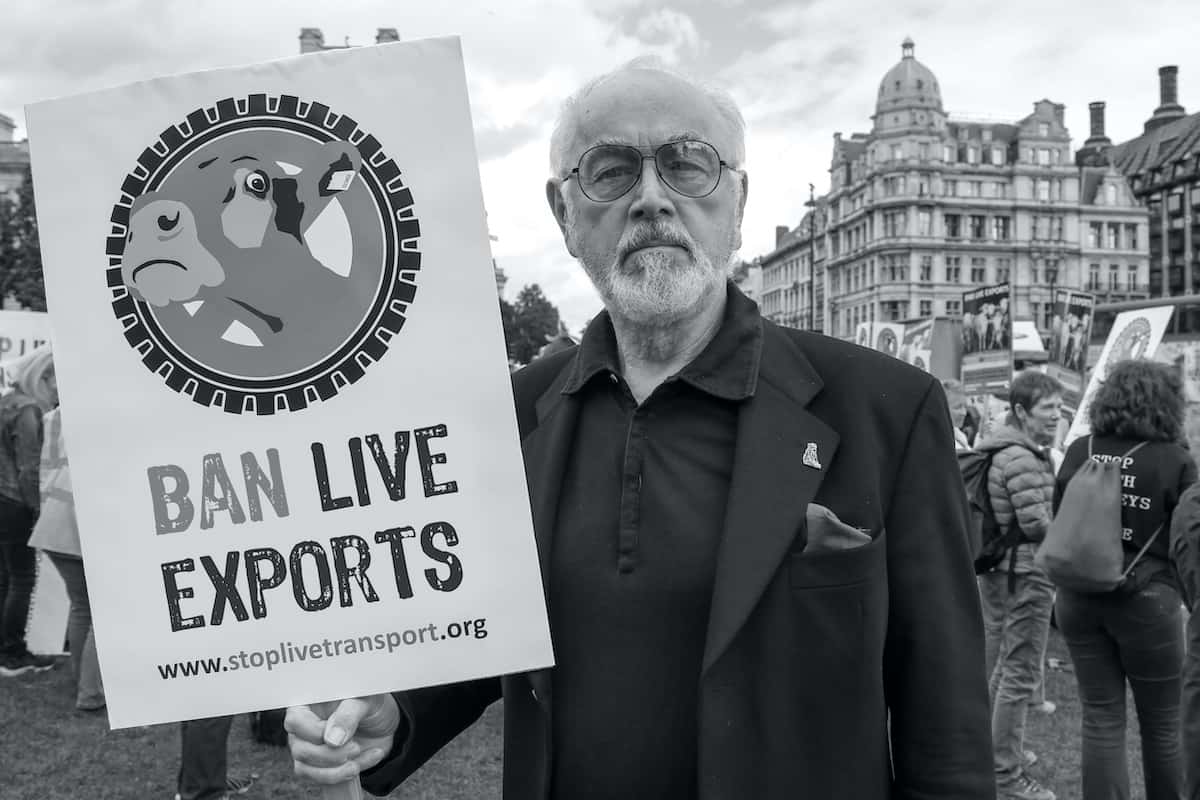 It’s hard to believe that our nation – one which prides itself on having some of the highest animal welfare standards in the world – allows tens of thousands of animals to endure long, intolerable journeys from our shores every year for slaughter and fattening. How can we still be permitting this cruel and unnecessary trade to continue?

With Brexit looming, our country is reaching a fork in the road – and it seems to me an ideal time to take decisive action. The Prime Minister has indicated that he’d like to abolish the live shipment of animals, pending Britain’s departure from the European Union, but has provided no guarantees.

Thousands of vulnerable calves – by-products of the dairy industry – are among the animals exported from the UK each year. The journey begins in southern Scotland, where the unweaned calves, just a few weeks old, are crowded into barren lorries for a gruelling journey to Ramsgate, Kent. The calves, in clear distress, cry out for their mothers. It’s heart-breaking.

Having already endured hours on the motorway, they’re then driven onto a ship and face an exhausting journey across the Channel to France. The temperatures of these vehicles are not regulated, so depending upon the weather, the calves suffer from extreme heat or cold – not to mention the stress caused by overcrowding and exhaustion. They are also extremely vulnerable to disease. Some animals even die in these horrific conditions.

The terror does not end there. From France, these calves may be forced to travel for hundreds more miles to Spain or beyond, destined only to be fattened for slaughter on arrival.

Compassion in World Farming is taking legal action – a Judicial Review – over the live export of these calves on journeys longer than eight hours. By law, journeys over eight hours are not permitted for unweaned calves unless, after nine hours of travel, the calves are given a one-hour break for rest, water and “if necessary”, food (milk replacer).

The Scottish Government admits that calves can only be fed if they are unloaded at a suitable facility – not while travelling on the trucks. However, in practice, these poor animals aren’t unloaded after the first nine hours. So, they must travel all the way from Scotland to Northern France without a meal – that’s up to 23 hours with no food. It’s completely outrageous.

In less than two months (4th August), the court will decide the fate of thousands of calves exported from the UK every year. If successful, the Judicial Review would make it impossible for long-distance transport to continue in its current form. What’s more, the UK could set an example for other countries to follow. UK and EU legislation on live transport is identical – so a Scottish ruling against calf exports could have implications across Europe, and maybe even beyond.

Yet, shamefully, the Scottish Government has hired barristers to oppose the Judicial Review proceedings. I can’t stand by and watch as decision makers allow animal welfare laws to be broken – worse still, watch them justify barbaric live exports in court. I urge them to drop their defence of this horrific trade.

This weekend (14th June), campaigners around the world will unite for the fifth annual Ban Live Exports: International Awareness Day. Here in the UK, we must take a stand for calves – and the Scottish Government must stand down its legal efforts to justify live exports. After all, do they really want to defend animal cruelty in court?

Until this evil trade ends, the fight must continue

Whilst our governments, and our courts, will shape the laws that determine the fate of thousands of animals, the decisions you make every day can also make a difference. Whilst I choose to be vegan, there are other lifestyle choices you can make to support an end to this suffering. For example, you could support companies like The Ethical Dairy, which allows calves to remain with their mothers until they are 5 – 6 months old so that they can benefit from consuming their mother’s milk and eventually be weaned.

You can also join me, and hundreds of thousands of people across the globe, in actively campaigning against cruel live exports on 14th June. We all have a voice, but these defenceless animals do not. Please, join me in speaking up for them – for compassion towards all animals, and a ban on live exports.

Related – ‘We haven’t learned’ – The potential Pandemic on our plates