If Starmer is Eeyore, Johnson is the creature of “of little brain”, obsessed with honey and refusing to comment on rumours that Kanga is the mother of his lovechild, Roo. 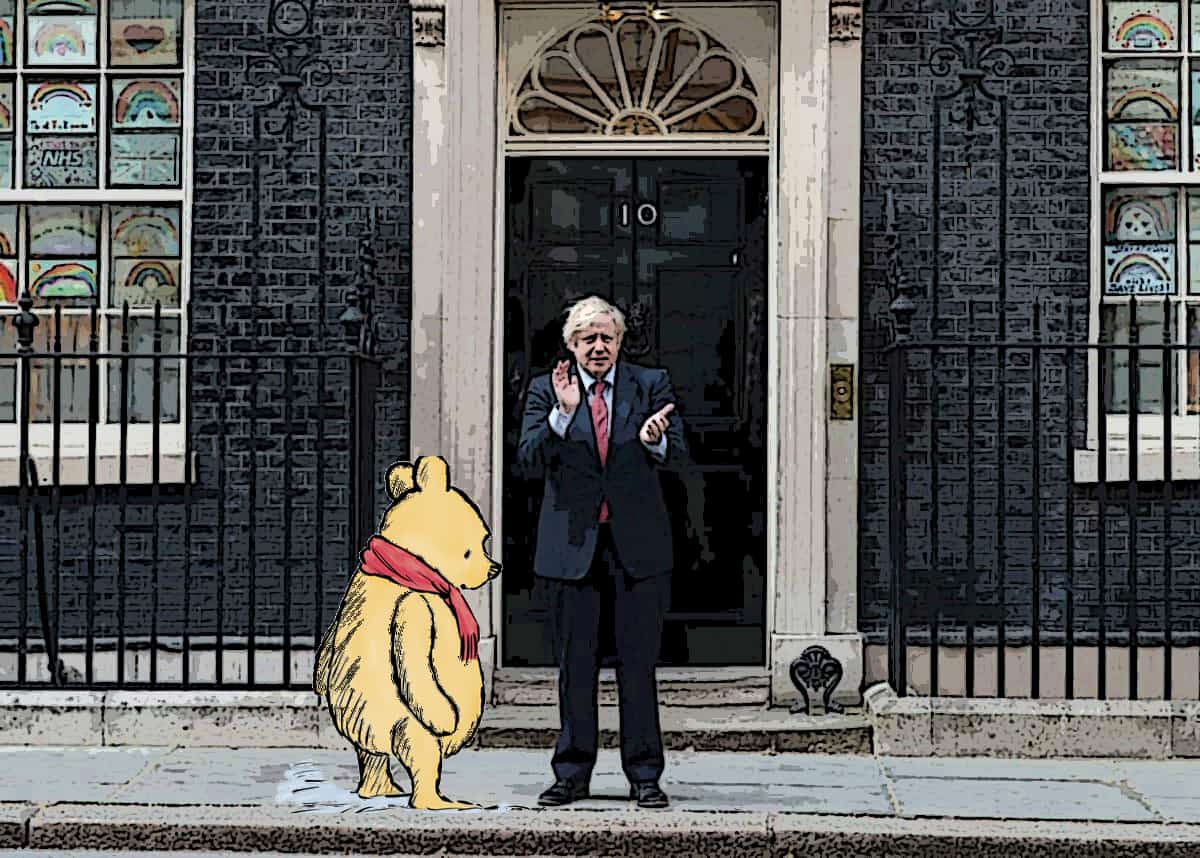 In the midst of this pandemic that has taken over 60,000 British souls, Boris Johnson stood at the dispatch box during PMQ’s, mustered all the dignity he could, and referenced Winnie the Pooh. A soft toy not normally noted for its inclusion in the annals of political oratory. For the very good reason that most political orators are not children. Unfortunately infantile jibes are what Johnson does best although he does them really badly. This is our Prime Minister, a man who has all the decorum and statesmanship of someone saying “pull my finger” at a funeral.

The reference of Winnie the Pooh can only mean one of three things, 1) Johnson is getting crap advice and is too stupid to know 2) He is incapable of reading the room 3) He is sending out a coded message to oligarch sleeper agents.

The correct answer is 1 and 2 and possibly 3 – BACS transfer to Conservative Party HQ.

By describing Kier Starmer as Eeyore Johnson is not quite smart enough to realise he invites comparisons to characters in the rest of the book. If Starmer is Eeyore, Johnson automatically casts himself as Winnie the Pooh, an overweight creature “of little brain”, obsessed with honey and refusing to comment on rumours that Kanga is the mother of his lovechild, Roo. Piglet, his smarter but cowardly friend, is Hancock, Tigger is snorty-mcsnort-face Michael ‘okey cokey’ Gove. The 100 acre wood is owned by a shell company registered in the Caymans, Christopher Robinovitch has just paid 50 grand to play tennis and Dominic Cummings isn’t in this story because he has fucked off to Durham.

If Johnson is leading by example we can soon expect the unedifying spectacle of Priti Patel referencing Enid Blyton’s naughty golliwogs or Robert Jenrick explaining that the Lion and the Witch are fine but the wardrobe is now a series of luxury flats and Narnia has a problem housing key workers.

However, Johnson’s literary allusion had a clear objective: namely to diminish the allegations of the Russia Report. The report confirms what we have all known all along, Russia’s influence in the UK’s democracy extends to the Tory Party’s captivation of oligarchs wealth and London’s reputation as a money laundering hub. The two things are not unconnected.

The bedazzling lure of oligarch wealth means that our government rubs shoulders with people who rub shoulders with Putin, our leaders orbit the money of the UK’s adversaries. The distance from Johnson’s funders and Putin’s kleptocracy is but the thickness of a hazmat suit. And while Farage heads down to Dover looking for dinghies of migrants fleeing regimes our government helped arm, the worlds kleptocrats pour into London for the price of a couple of million and a “Golden Visa,” leaving Johnson glad handing a room full of people you wouldn’t want to see on a day trip to Salisbury.

Meanwhile the C.I.A. -that well know liberal campaigning NGO- describes the UK as a “money laundering centre”, which translated into English means ’the financial services industry.’

Oh to be in England now that spring is here… private schools for the kids, football clubs to buy and money to wash. Years from now they will be sitting in retirement homes sounding like the Russian version of Bob Hoskins saying, “It’s not like London in the old days, I remember when you could get a pie, a pint, kill someone with polonium and still have change of a million.”

A surefire way to launder money is through property by using offshore accounts and trusts to hide the true ownership and the source of funds. In 2019 it was estimated that £100 billions worth of British property is secretly owned in off shore accounts. £100 billion is not not chump change. Do you know how many days it takes Jeff Bezos to earn that? Alright bad example. But you get the point

If anyone is serious about stopping the malign influence of dirty money on good governance in the UK there are three things you can do.

Shut down tax havens. Easier than you think.

The UK has legal governance and political leverage of about half of the tax havens in the world. They are either British Dependencies like Jersey or the Isle of Man. British Independent Overseas Territories like the Cayman Islands. Or Commonwealth countries. We could shut half the worlds tax havens if there was the political will to do it. And I reckon we could find that political will if we crowdfund a big enough donation. 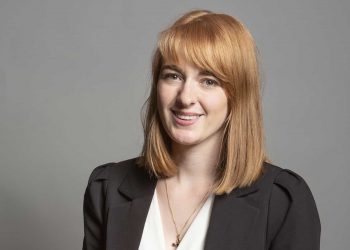 Dehenna Davison mocked for losing own poll on vaccinating prisoners