By Marcus Hendriks Arriving in NYC just five days before Election Day makes the task of seeking an understanding of the political landscape, beyond that provided by the media back across the Atlantic, a daunting one. Walking through JFK airport, the numerous TV screens displaying 24/7 news coverage revealed just how much the country is being […] 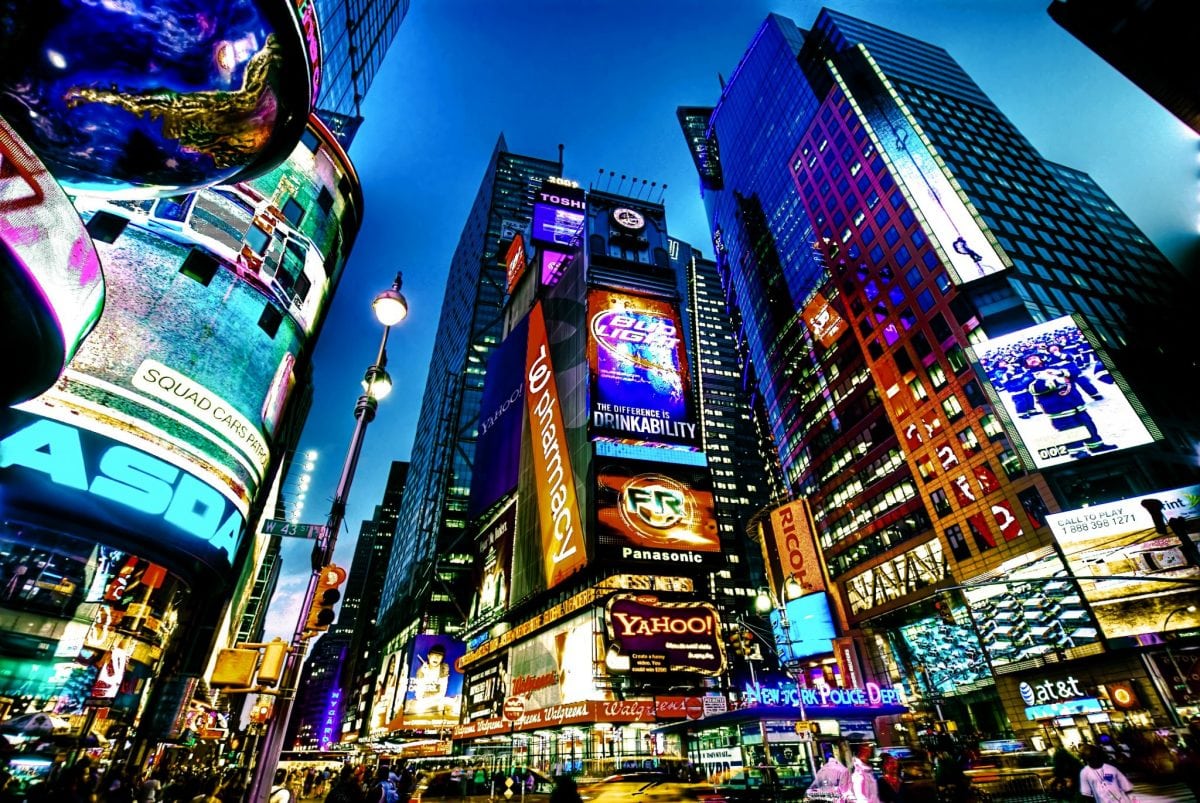 Arriving in NYC just five days before Election Day makes the task of seeking an understanding of the political landscape, beyond that provided by the media back across the Atlantic, a daunting one. Walking through JFK airport, the numerous TV screens displaying 24/7 news coverage revealed just how much the country is being immured by political frenzy. It is quite literally everywhere, always.

In light of this, it was inevitable that conversation with the taxi driver taking me to the hotel soon moved from generic pleasantries to the elephant in the room. I thought that an insight into the local attitude from Joe, a New Yorker born and bred on Staten Island, was a good place to start.

Coming from a citizen of a city in which polls put Clinton 21 points ahead on average I was surprised to hear him say that he was still undecided. “Neither of them are ideal”, he proceeded when asked why he still had not made his mind up. “Hillary would be like electing Obama all over again, Trump is something different. But he’s a businessman at heart and always will be. And the White House is not a business”.

In order to understand why he sees neither candidate as satisfactory, I asked him what the ideal next president of America would be and do. “We need to take care of ourselves” he began, the first time that I sensed the Trump rhetoric emanating. “This country needs jobs, it needs to be protected from terrorists and our borders from immigration.” This was fair enough. I might not agree with the isolationist sentiment, but it is understandable and widespread. As we’ve heard a lot throughout this election, a huge portion of the American population is hurting, and it is unsurprising that the most radical change to the status quo has gained such incredible support and momentum. But his next point sat oddly with this desire for a more introspective presidency. “We also need to take more care of our allies and make the world a safer place”, Joe explained. But surely that is proving hard enough to do at the best of times for America, let alone when focusing increasingly on its own private affairs? Whilst Joe probably mentioned this partly as a knee jerk, automatic response, partly to mitigate the risk of appearing to neglect his friends on the other side of the pond, such a paradox in attitude is very telling of the current general American psyche. Faith in their ability to police the world and shape the course of global events is still mainly unperturbed by the foreign policy failures between the 1960s and present day which rocked the immunity of the US ship of ideals.

Now, however, the state of affairs within its own borders is becoming increasingly unsatisfactory for the people. This precarious reality is being aggressively exploited by Trump, who has successfully raised Clinton up as a sort of establishment voodoo doll towards which he can foment national anger. The more intense the rage the more candid it appears, and so the more effective his campaign becomes. It is for this reason that no careless comment or faux pas ever seems to sink his boat.

As Americans have come to expect this of Trump by now, it has lost its negative shock factor. That is why this sort of cognitive dissonance, which was exemplified by Joe and has become such a media stereotype for us in Britain (that we almost cannot believe that anyone actually holds such contradictory attitudes) really does exist. Trump offers answers to both the internal and external issues through the “Make America Great Again” concept, and it is up to each citizen to decide which candidate they dislike or distrust the most.

I wanted to ask Joe more about how he thinks New York will ultimately vote next Tuesday, and if the polls will be proven right. But by this time we had pulled up in the hotel entrance. Full comprehension of the political outlook in The Big Apple will have to wait, but I feel like this conversation was a valuable start. Thank you, Joe.