When the last law was down, and the Devil turned round on you — where would you hide? 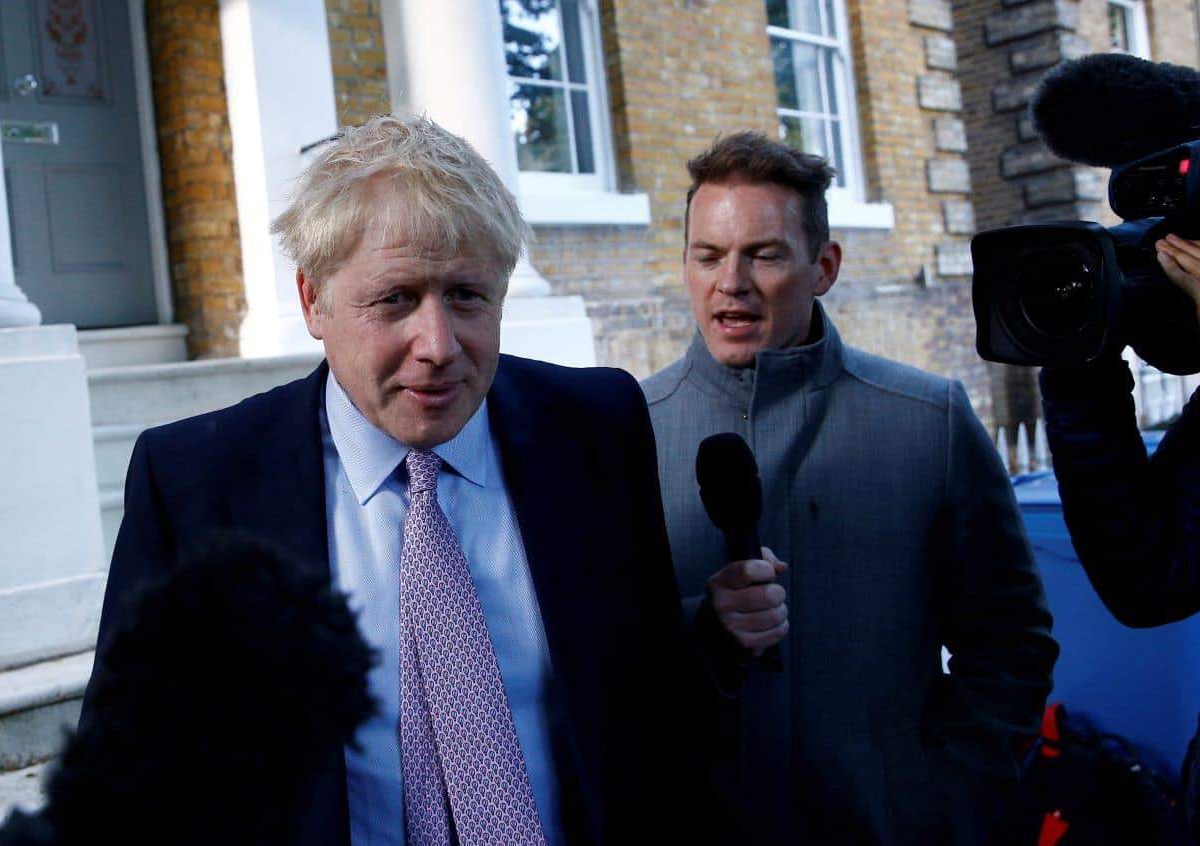 Take back control. This never really meant anything. It was a cynical slogan designed to appeal to voters who’d spent years swallowing the bottomless gruel of lies about the EU pushed by the right-wing press.

Boris Johnson’s decision to suspend parliament is the final proof of Brexiters’ contempt for both democracy and British tradition, two things they’ve spent years claiming they – and only they – truly represent.

Johnson has tainted the Queen by asking her to do something unethical, which she could not reasonably refuse. In this, he has exploited her solid constitutional principles and commitment to serve her country.

Johnson, who does not command a majority for No Deal, will now be able to ignore the majority of MPs who oppose it, just as Brexit extremists have ignored the majority of voters who oppose No Deal and all reputable experts, major businesses and the devolved governments.

Forget the unpopularity of No Deal for a moment. The effect on the UK is far more serious.

Forget the unpopularity of No Deal for a moment. The effect on the UK is far more serious. Even if a majority of the electorate bought into the Brexiters’ piss and vinegar bunkum, it still means economic chaos, food and medicine shortages, the collapse of the pound and so on and so on. Listing these very real threats – for the hundredth time – feels like howling into the void. Hearing Brexit supporters lie shamelessly about these realities is worse.

Attempts to normalise this soft coup are already under way. Johnson’s domestic agenda shtick is a non-starter. Arguments about how this session of parliament has gone on for a long time just don’t cut it. There is nothing in order about a 5 week prorogation during an unprecedented national crisis.

Yes, a prorogation followed by a Queen’s speech is normal. But just as in Trump’s America, during times of national crisis ‘normal’ procedures can be abused to achieve abnormal ends. Johnson and Jacob Rees-Mogg have gamed the system all their lives. Now their game playing threatens the whole nation, and possibly the rest of the EU as well.

The mantle of democracy

Brexiters have claimed the mantle of democracy since the referendum. 17.4 million has become an incantation to silence all criticism and good sense. But the elite Brexiters who created this situation are no democrats, as the past three years prove.

They have trodden over the concerns of the government and remain majority in Scotland. They have behaved with disgusting disregard and haughtiness towards Ireland, north and south. They have attacked the courts and parliament for doing their job. They have treated other democratically elected EU leaders as tinpot tyrants. And they have created a narrative of patriotism versus betrayal, branding anyone who questions their divine vision a traitor and wrecker. How democratic.

Brexit already threatened the future of the UK, as has been explored elsewhere. Now democracy is in its cross hairs. Parliament is inconveniently remain-leaning, so it must go lest it thwart the dream of the hard Brexit minority. The UK has never based its decisions on direct democracy and as 2016 showed, the UK government had no idea how to hold a referendum and no clue how to implement its result.

A referendum does not negate the power of parliament

There are two essential things to note. First, a referendum does not negate the power of parliament. The Brexit vote did not, and could not, either legally or morally, bind MPs to pursue a course that would lead to catastrophe. Closing parliament down to deliver on the referendum is an act of gross populism and political arson. Edmund Burke is fulfilling a cliché in his grave.

Second, if anyone believes that things will go back to normal after this period of history, they are sorely mistaken. In post-Brexit Britain, with the Brexit minority triumphant, there can be no return to the old way of doing things. British democracy is being fatally undermined in the pursuit of a hard right, economically disastrous hard Brexit.

The ‘will of the people’ is now whatever those in power say it is. Did the 17.4 million want No Deal? Who cares? No need to consult them again. We have decided what they want and we will burn the system down to get it.

A Man For All Seasons

It’s worth remembering the famous exchange from the wonderful film and play A Man For All Seasons where Roper argues that he would ‘cut down every law in England’ to get the Devil. Sir Thomas More replies: “And when the last law was down, and the Devil turned round on you — where would you hide, Roper, the laws all being flat? This country’s planted thick with laws from coast to coast — man’s laws, not God’s — and if you cut them down — and you’re just the man to do it — d’you really think you could stand upright in the winds that would blow then? Yes, I’d give the Devil benefit of law, for my own safety’s sake.”

Anyone approving of this constitutional outrage should think on that.