Jeremy Corbyn was unfairly targeted by the mainstream media - as is anyone who challenges the establishment. 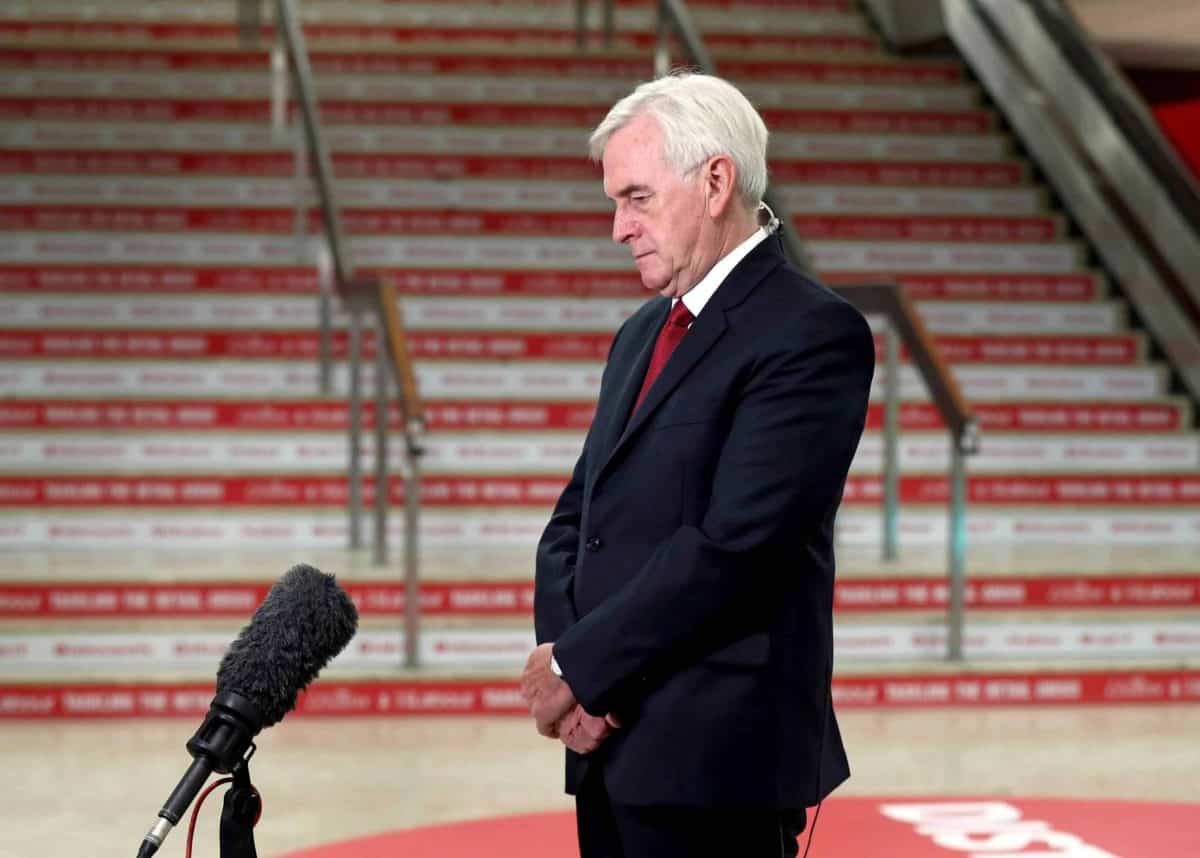 The unprecedented smear campaign that handed Labour a humiliating defeat in this election set a dangerous precedent for the politics of this country.

On the one hand the media showed that you can lie, cheat, evade scrutiny and get away with it if your policies are less threatening to the established class.

On the other those who challenge the system become like lambs to the slaughter with relentless criticism, unfounded allegations and a clear unwillingness to communicate vital messages which must be heard as part of a healthy, functioning democracy.

Today, the first post-election polls paint a clear picture of the nature of Labour’s defeat.

According to the Opinium figures, 43 per cent say the main reason they didn’t vote for the party is because of its leadership, far outweighing the impact Brexit (17 per cent) and their economic policies (12 per cent) had.

Evidently, the manifesto was not the problem.

Even among Labour defectors (those who voted Labour in 2017, but didn’t in 2019), as few as one in five people said the stance on Brexit was the reason for jumping ship- despite it widely being perceived to be the case.

They are more likely to have moved because of a dislike of the leadership, which chimes with a media narrative that vilified those at the top.

The level of smear aimed at Corbyn and Labour was substantiated on several occasions during the election campaign.

After the first week a study by Loughborough University’s Centre for Research in Communication and Culture found that there was strong editorial support towards the Conservatives provided by the newspapers with the largest circulation, namely the Daily Mail and the Sun.

In contrast, Labour had a substantial deficit of positive to negative news reports as evidence in the graph below:

And as the campaign progressed the figures got progressively worse.

Of course, this is nothing new.

Corbyn has been subject to the longest continuous smear campaigns in UK history, and we are all influenced by it.

But what is really worrying is that coverage of other key issues – many of which featured prominently in Labour’s manifesto – suffered as a result.

As Loughborough University researchers noted the environment barely featured in election media coverage, securing just two per cent of all coded news themes in the latter stages of the campaign.

Coverage around health/healthcare provision also dropped, while reports on standards, corruption, scandals and sleaze secured the most attention.

It is right, therefore, that John McDonnell put some of the blame on the media for Labour’s defeat.

Speaking to Andrew Marr this morning the shadow chancellor said that “the media did a job on Jeremy for four years”, which is why it’s hardly surprising he didn’t come off well on the doorsteps.

He also referred to a study which found that 88 per cent of Tory ads were misleading compared with 0 per cent of Labour’s.

He said Corbyn was targeted as is anyone who challenges the establishment, and it’s hard to disagree.

"The establishment owns the media in this country… anyone who challenges the system, of course the system will throw the kitchen sink at you"https://t.co/mLkgssZMx8 pic.twitter.com/VXbBatGJjG

While Labour will be left to do a lot of soul-searching in the coming weeks we as the general public should also consider the role the media is playing in dictating election outcomes.

The fourth estate has never been so closely aligned with the vested interest of the rich and powerful. Surely now it’s time to have a re-think?