The definition of Toxic Tribalism: A loyalty to one’s own tribe or social group to the point that dogma and dysfunction become the standard. 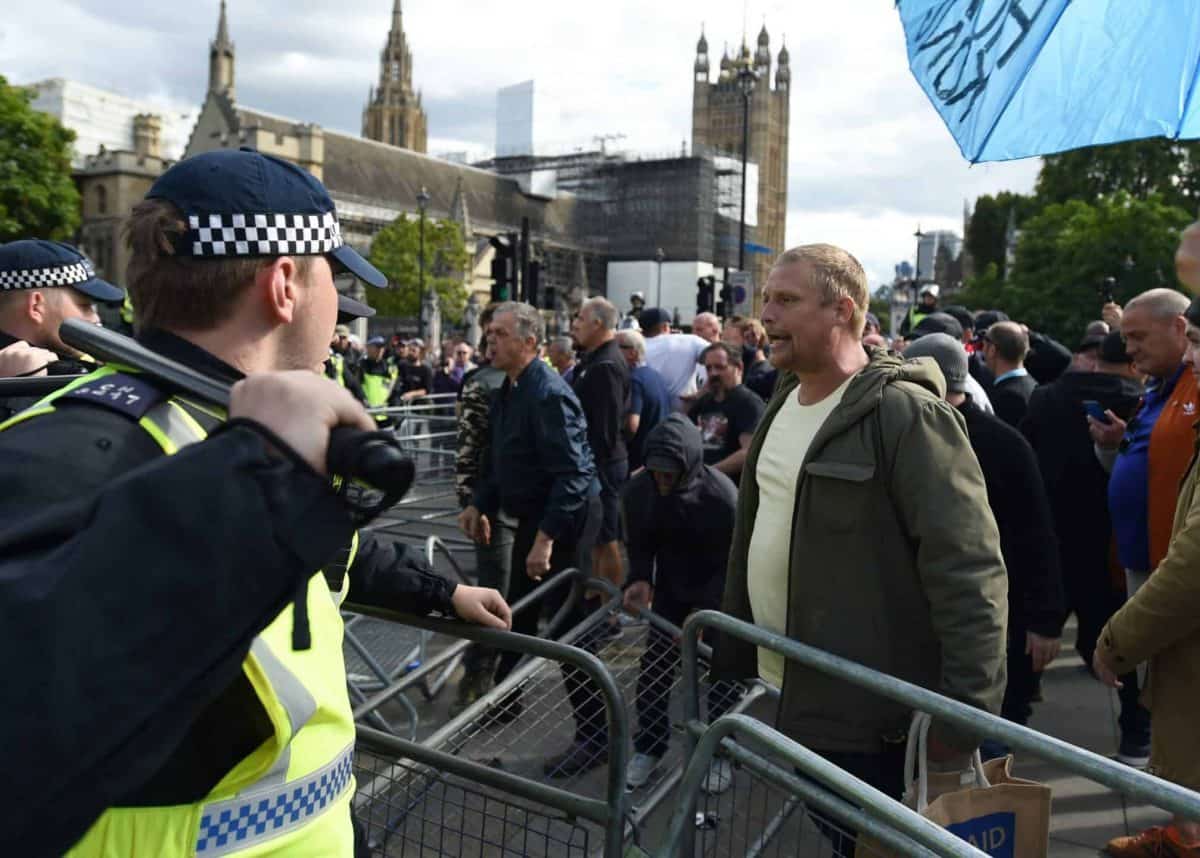 We need to find ways to reduce the toxic tribalism. Instead of hating and abusing those who have a different political opinion, we should reach out and find some common ground.

Trying to reach a societal commonality of empathy and respect through our political discourse will not be an easy outcome. Our political battlegrounds are increasing rather than dissipating and we are now engulfed by a set of culture wars on almost every single political issue.

I recently posted a short commentary video on the issue of toxic tribalism. It went viral. It has now received 200,000 views. I also tweeted a photo of myself having a drink with one Remainer friend and two Brexiter friends and with a message that highlighted that despite our political differences, great friends always find some common ground, great conversation, mutual respect and humour. As a result of this, I received a Twitter pile on which only reinforced my original theme of too much toxic tribalism in our political discourse.

Here is my latest political haverings video. This one is more personal. This one is about toxic tribalism, hatred, division and social media trolling. Instead of hating and abusing those who have a different political opinion, we should reach out and find some common ground. pic.twitter.com/xIzTgyZlAO

I even posted a Twitter poll with the question: Could you date someone who voted differently to you in the EU referendum? Over 12,800 people voted and 53 per cent voted “No”.

We have become intoxicated by toxic tribalism and group mob mentality. We have been seduced by the dogma that one group is “wrong” and “evil” while our own group is “correct” and “good”. This is wrong. Instead, we need to reach out to the other side and find some common ground. Politics is a set of worded opinions. But it should never become sets of worded abuse.

As MP Rosie Duffield told The London Economic: “We see examples of exactly these types of factional battles, especially within political parties, played out daily across social media. It takes a few seconds for strangers to shout each other down on popular platforms such as Twitter, and a lot longer to get to know one another, respectfully listen and follow the example given by Jo Cox to seek out what we have in common.

“More worryingly, we can end up electing politicians who only belong to one or two of the most popular or loudest political ‘tribes’ or factions resulting in binary, simplistic debates on some incredibly important and complex legislation.”

We need to lessen this stubbornness that is tearing the country apart. Since the EU referendum in 2016, and indeed, the era of Trumpism in the US, the voices of demagoguery extremism have become louder. Shock joke commentators now regularly inhabit our TV and radio studios and social media has become like the virtual version of the world’s biggest pub argument. The spectre of angry, tribal and entrenched political positioning where people pick a side has increased. Pragmatic, nuanced and well thought through respectful debate is becoming a dying art.

“People are REVELING in us against them”
This is a snippet from a talk @RoryStewartUK did the other day at Yale. Just at the end he had this sudden burst of energy when asked about UK politics. I find he’s in his most powerful element when advocating for the centre ground! pic.twitter.com/3Yr5XeQEIx

When the divisions get wider, the risk of more hatred increases. The number of hate crimes reported to police has more than doubled since 2013, according to government figures.

So rather than seeking to disenfranchise ourselves from anyone who has a different political view, perhaps we should remember that one differing opinion from someone else does not imply that this person is a bad personality. It just means they think differently. And just perhaps, if we got to know them a little bit better, we might actually discover that we like them because we have found other things to relate, empathise and agree with them on.

Perhaps I am being idealistic in seeking to build bridges rather than walls with those who have a different political opinion. Extremism never works. History has taught us that. And we forget those lessons at our peril. But the majority of people are not extremists. The majority of people are decent. We all have our differences, but we must remember that the commonality of decency, respectfulness in debate and common ground far outweighs the narrow and stubborn tribalism of aggressive group think.

This tribal “Us” versus “Them” mentality is not leading us down a healthy path. In fact, it’s slowly destroying our collective society by walking us down an aggressive and narrow path that leads to extremism and toxic tribalism which surely the majority of us don’t actually want.

We must find ways to reduce toxic tribalism. As Nelson Mandela once said, “In you want to make peace with your enemy, you have to work with your enemy. Then he becomes your partner.”