Boris Johnson’s critics were absolutely right at the time, if only he had listened. 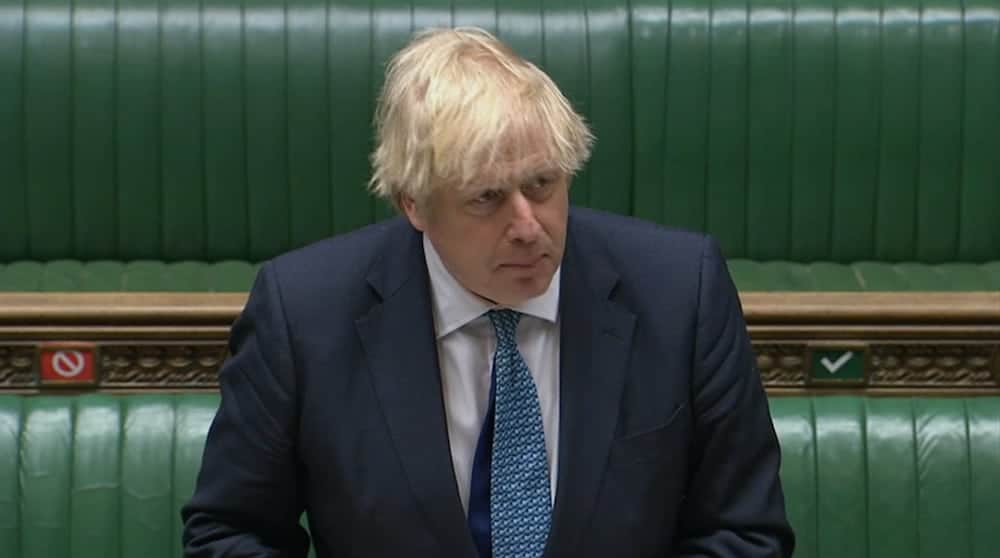 According to modelling by the epidemiologist Neil Ferguson, imposing lockdown just one week earlier would have saved tens of thousands of lives.

The response to this research by Tory MPs like Lucy Allen has been to defend their horrifying and needless coronavirus death toll by blurting out glib platitudes about how “hindsight is a wonderful thing”.

The problem with this “hindsight” excuse is that it completely misunderstands the meaning of the term hindsight.

People aren’t just looking back from the present and saying that things should have been done differently purely from a position of now knowing what the consequences have turned out to be, because loads of people vehemently criticised government strategy at the time.

I should remember, because I was one of them. And it’s hard to forget being ridiculed, derided, and abused by the pro-government mob, for daring to contradict a strategy that was so obviously wrong.

I warned that allowing the virus to spread like wildfire wouldn’t just end up causing huge numbers of avoidable deaths, but that allowing the disease to run out of control would also risk causing vastly more damage to the economy than the kind of Test-Trace-Quarantine containment measures that the Tory government was so desperate to avoid in those crucial weeks in early-mid March.

The UK now has the highest death toll in Europe, and the OECD have calculated that the UK will suffer one of the worst economic hits of any of the 37 major developed nations in their organisation.

It brings me no pleasure that I was right. Just a profound sadness that the Tory government got it so catastrophically wrong, and that Johnson’s attack dogs in the corporate press and on social media concentrated their efforts on savaging his critics, rather than listening to their concerns.

Neither am I claiming to be any kind of incredible sage for warning against the policy of deliberately letting the virus spread, because a huge number of other people were making similar criticisms at the time.

The soon-to-depart Labour leader Jeremy Corbyn was absolutely derided by the pro-government mob for accusing the Tory government of “complacency” and asking why the UK was following such a profoundly different course of action to the World Health Organisation recommendations.

Former Tory leadership candidate Rory Stewart raised the same criticism as Jeremy Corbyn, arguing that the decision to defy the global pandemic protocols and just “let it run through the population” was a political choice, not a scientific one.

If you think about it, that’s the three men who came closest to leading the country rather than Johnson, all vehemently criticising his depraved decision to prioritise the economy over saving people’s lives.

I’m no fan of either of them politically, but it’s beyond doubt that had Rory Stewart or Jeremy Hunt won the Tory leadership, the UK’s coronavirus response in the crucial early stages would have been profoundly different to the incompetent, self-defeating, and ideologically depraved care home massacre Johnson has overseen.

And had the public picked Jeremy Corbyn as Prime Minister in December 2019 instead of Johnson, it’s absolutely beyond doubt that he would have adopted the humanitarian approach and prioritised saving lives, instead of following Johnson’s horrific policy of allowing the virus to spread like wildfire based on a crazed imperialist delusion that he’d show the Johnny Foreigners a thing or two, causing them to bow down and worship him as their “superman of capitalism”!

Sure Corbyn, Stewart, or Hunt would have had their own weaknesses, called certain things badly under the stress, been dragged in wrong directions by members of their own party … because everybody makes mistakes, especially in times of crisis.

But one thing you can say with a very strong degree of certainty is that none of them would have followed Johnson’s depraved strategy of sacrificing tens of thousands of lives in a spectacularly failed attempt to save the economy.

Not hindsight at all

We know they would have taken more humane approaches because they were all vehemently objecting back in that crucial period in March, when Johnson was deliberately condemning huge numbers of people to death by letting the virus spread like wildfire.

The recently completed epidemiological modelling demonstrating that tens of thousands died unnecessarily as a result of Johnson’s ideological decision making isn’t “hindsight” at all. It’s evidence that Johnson’s critics were absolutely right at the time, and that Johnson was horrifyingly and unforgivably wrong.