Whatever your stance on cannabis may be you can’t fault the ingenuity of our nation’s illicit growers. This year alone factories have been uncovered in a mock Tudor home, an iconic chapel, an empty shopping unit just yards from a police station and even in a mansion a stone’s throw away from the Queen herself. Plenty of cases […] 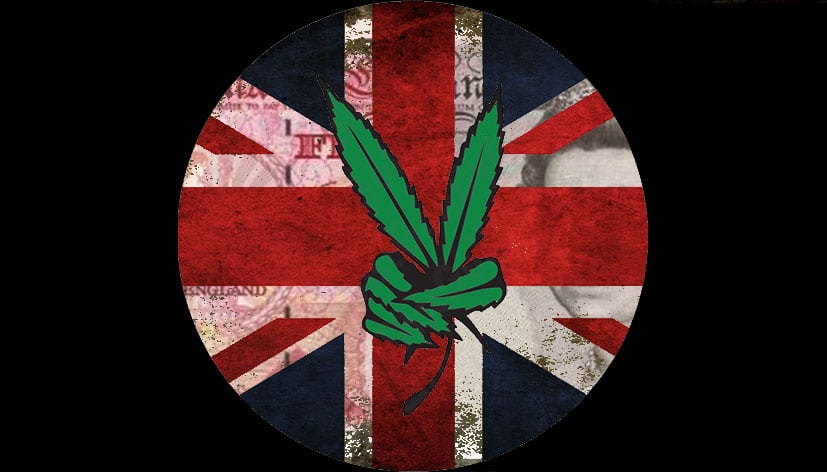 Whatever your stance on cannabis may be you can’t fault the ingenuity of our nation’s illicit growers. This year alone factories have been uncovered in a mock Tudor home, an iconic chapel, an empty shopping unit just yards from a police station and even in a mansion a stone’s throw away from the Queen herself. Plenty of cases to show, if we needed evidence, that the industry is alive and well in Britain.

Across the pond the legalised industry is reporting its financial results for 2016. The Arcview Market Research showed that people in the United States and Canada spent an estimated $53.3 billion of taxable money on legal cannabis products in 2016, with the black market finally losing ground to the legal market which operates under the eyes of the law.

Cannabis is by far the most widely cultivated, trafficked and abused illicit drug. Half of all drug seizures worldwide are cannabis seizures, according to the World Health Organisation, and the industry is far more problematic (and costly) outside the grasp of the law than it is under it.

Not that the police force gives a shit anymore. Just one in four cannabis users are now charged and arrests have fallen by almost 50 per cent since 2010, with some police forces admitting they are not looking to “seek out” people who use cannabis and some going as far to say that they are no longer targeting those who grow cannabis for personal use.

So cannabis circulates the country quite freely in the hands of dealers who can distribute it as they wish and pocket the fruits of their labour well outside the reach of the treasury. Clearly not a smart move. But it’s even less so if you consider why. Cannabis operates outside of the law because we make it so. We have some crazy notion that illegal industries are the ones we control the most, when in fact the opposite is true.

Consider booze and cigarettes. If a 15 year-old walked into a shop looking to buy a four per cent ABV can of Fosters or a pack of Benson and Hedges they’d struggle to make the purchase – but drug dealers don’t ask for ID. That shop would also be taxed a hefty rate of tax on both of those items, money that is used to fund awareness campaigns, health care and services – The illicit drug industry has contributed no such tax money, even though it certainly causes it’s own share of societal problems and the size of the industry is not to be trifled at.

As Drew Nicol wrote in this publication back in 2014, the legalisation of cannabis would provide several key social and economic benefits. “On the social side, it would take control of cannabis out of the hands of criminals and drug dealers. This would strike a major a blow to the illegal drugs trade, by shutting off a significant source of income.

“Taking control of cannabis would also allow the British Government to regulate the manufacturing, distribution and quality of the drug; as well as monitor its usage across the country far more accurately. It would allow for greater social awareness of its effects and give researchers the opportunity to expand upon research into its medicinal potential to combat the symptoms of: cancer, diabetes, insomnia and depression; to name a few.”

The Arcview Market Research report published today is testament to many things Drew projected back in ’14. The report shows that the illegal cannabis market is starting to drop, and that those using recreational drugs legally are bound by strict controls that fall under the jurisdiction of the federal government. What’s more, marijuana taxes are been shifted to fund mental health and addiction services, two areas which are woefully underfunded in Britain as things stand.

With a clear case for the legalisation of cannabis been made across the pond and a lylaissez faire attitude towards controlling it in the UK been adopted by the police force surely it is now “high time” that we reconsider our stance towards this particular recreational drug. That doesn’t mean encouraging the use of drugs, but rather controlling it. And they are two very different things.