“FGM is violence, child abuse and sexual assault  …and of course we handed out Vulva cupcakes” is not a phrase you hear every day. But of course, it isn’t every day you speak to Leyla Hussein. Leyla has been at the forefront of the fight against female genital mutilation (FGM) for over a decade. Her […]

“FGM is violence, child abuse and sexual assault  …and of course we handed out Vulva cupcakes” is not a phrase you hear every day. But of course, it isn’t every day you speak to Leyla Hussein.

Leyla has been at the forefront of the fight against female genital mutilation (FGM) for over a decade. Her willingness to talk candidly – and at times even humerously– about her experiences has played a key role in challenging the culture of silence around FGM.

Leyla’s campaigning has taken many forms from fronting TV documentaries, to founding therapeutic services for survivors, to lobbying parliament At the heart of all of her work, however, is an acute understanding of the physical and psychological impact of FGM; an understanding rooted both in her personal experiences and her psychotherapeutic training.

Lewis Garland spoke to Leyla about her path into activism, the progress being made in the fight against FGM and the difficulties, from threats of violence to the impact of austerity, faced by those on the frontline. 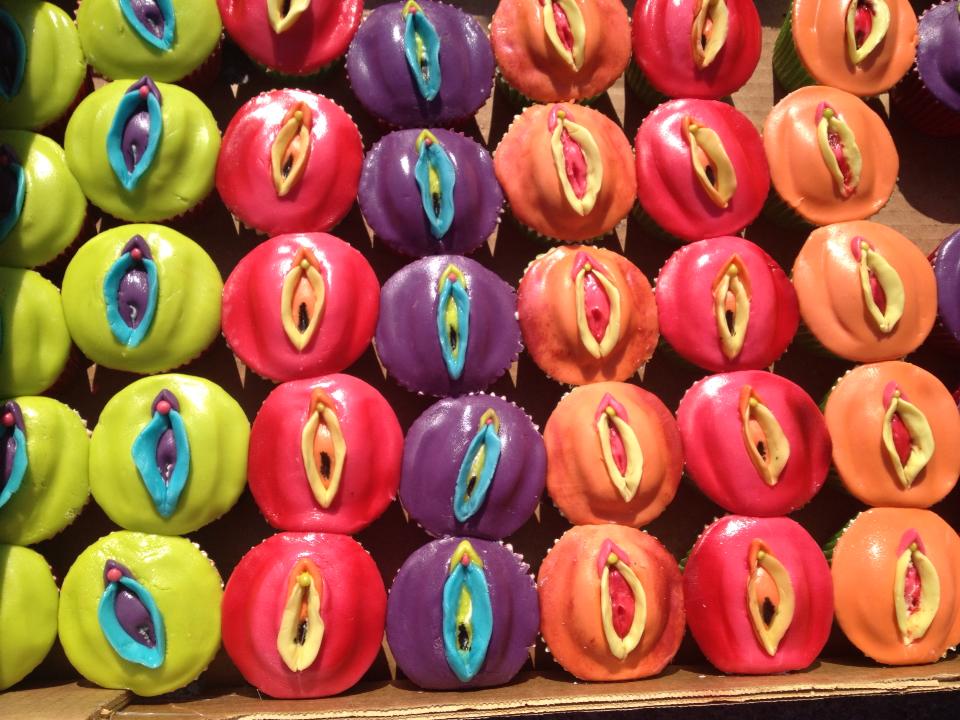 What was your path to becoming an anti-FGM activist?

“I never planned to become an activist. I was cut when I was seven years old but it wasn’t until many years later that I began to question the practice. The catalyst was when I had my daughter. I found the whole process very traumatic but no one seemed to understand why. Then an amazing and brave health professional asked if I had had FGM and supported me in a way no one else had before. I am naturally curious and started asking why this had happened to me and why so many girls are being cut. My activism comes from this curiosity and my fierce determination to protect my daughter.”

You are very open about your personal experience of FGM . Why did you decide to tell your story?

“It was very difficult to start talking publicly about FGM. It is one of the worst sexual assaults against children and we are groomed so we don’t question it or talk about it. Speaking out is not only deeply personal but can lead to conflict in families and communities. Survivors who have a public platform are asked over and over to tell their stories and people do not take enough account of how hard this is for us. We do it because it is important to tell the truth about FGM and how devastating it is. Telling our stories is a powerful way to connect to others and to bring about change”.

Have you had resistance from communities that practice FGM and what form has this taken?

“I consider FGM to be an organised crime. There are many involved in the practice, using it to exert control over girls and women and in some cases to make considerable amounts of money – traditional cutters as well as some doctors and other health professionals get paid to carry out FGM.

There are also those who wrongly claim that FGM is a cultural or religious requirement. This includes people who are powerful in their communities.

So yes, there is resistance to my work. I have been threatened and my family has been threatened too. I have had to report threats to the Police and take precautions. The latest incident, involving some horrific online abuse, was only a few weeks ago. I have great support from my family, friends and many others. Even though at times campaigning against an issue like FGM can be a very hard, I never want to give up. The pushback means that I am making progress”.

How do you respond to people who argue that FGM is part of their religion and culture?

“I have no time for those arguments. The World Health Organisation recognises FGM as a form of torture. This should never be acceptable as part of a religion or excused as culture. People who support FGM use all sorts of claims to justify it but, in reality, it is a crime used to control and oppress women.”

“There are also people who say they are against it but then hijack the issue to make their own political points and justify discrimination against particular groups. I always emphasise that FGM is part of a much wider issue of gender based violence which is a global issue and it should be tackled as such.”

There is often a wry sense of humour to your activism. Is this a purposeful way of engaging people in the issue?

“Most of the humour in my work just happens. It is the way I think about life and I am naturally drawn to unconventional ideas. I am also aware that FGM is a very upsetting and challenging subject so using humour can be a good way to make a point. Sometimes you have to challenge and even shock people but just horrifying them can create a block to making progress. Humour can help bring people into a difficult conversation. I am lucky to be able to work with some wonderfully creative people and I believe it is our crazy moments where we end up laughing at the absurdity of life that keep us sane!

One of my favourite parts from my documentary “The Cruel Cut” is when we set up a vagina booth on the busy Southbank in London. It was bright pink with colourful decorations and, of course, we handed out vulva cupcakes! We invited people into the booth and then told them about FGM. It was a whacky idea and it worked incredibly well but, as you can imagine, the film’s producers and lawyers were very nervous.”

NHS staff recorded nearly 5,500 cases of FGM in the UK in 2016 – this is thought to be a fraction of the actual number of cases. Do you see progress being made in the reporting of FGM?

“It is progress that FGM cases are now recorded by the NHS. When I was growing up a scar on my arm was noted in my medical records but not that I had undergone FGM”.

Despite FGM being banned for over 30 years in the UK, there have still been no prosecutions. A Police spokesperson recently indicated a preference for improved safeguarding and education over the pursuit of prosecutions. What is your position on this?

“FGM is violence, child abuse and sexual assault. It is a terrible crime and people must be held to account. Other countries have had successful prosecutions and this is an important message that FGM will not be tolerated. The view you mention was challenged by others in the Police. The Officers I know would like to see a successful prosecution. However, prosecutions alone will not stop FGM. Education and safeguarding are also important. We need to improve in all areas to effectively tackle FGM including investing in community based work where there is a woeful lack of funding”.

You set up the Dahlia Project to provide therapeutic support and a safe space for survivors of FGM. What were your aims for this project and what have been its successes so far?

“As I began working with other survivors of FGM I quickly realised that one of the most important things was to have a safe space where you can share what happened with others who will not judge or condemn you. At the Dahlia Project we create that safe space where healing can begin. Our therapists are often the first person a women talks to about the impact FGM has had on her life.

I set up the Dahlia project in 2013. Working in Partnership with Manor Gardens Welfare Trust, we have run group therapy sessions across London. We also train other health professionals on how they can support FGM survivors”.

The Dahlia project is currently under threat due to a funding shortfall. What can be to done to ensure that essential projects like this get the funding these require?

“There has been progress in raising awareness of FGM in the UK including Parliamentary debates and inquiries, TV documentaries and dramas as well as effective campaigning by activists but there is still a lack of long term funding for community based work. There has been little focus on the psychological impacts of FGM and mental health services have been underfunded for many years. We need more than warm words from politicians. The Government must make more money available to specialist services.

There is frightening research about how austerity has impacted specialist services, especially those supporting BAME women. Funding must be made available for those working at the local level with vulnerable girls and women who are affected by gender based violence whether it is FGM, domestic violence, forced marriage or other forms of oppression.

The Dahlia Project relies on charitable grants and donations and that makes us vulnerable. We are coming to the end of one of our major grants and need to raise £50,000. It is a big challenge for a small team. Anyone can donate to our online appeal. We are also looking for people who can organise fundraising events for us. It all contributes to allowing us to reach out to more women and help them take back control of their lives and heal from the horror of FGM”. 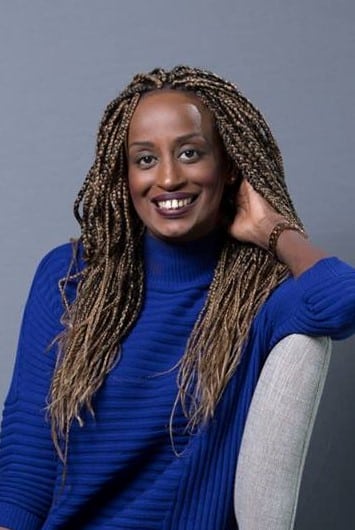 What are the main challenges ahead in the fight against FGM?

“Thanks to the work of my friend and mentor the late Efua Dorkenoo, we now have a truly global movement to end FGM. Efua campaigned for over 30 years and led the work to make tackling FGM a priority for governments across the world.

The biggest challenges globally and in the UK are around leadership and funding. We need to work across legal, educational, health and social divides. If we can do this then we will make progress surprisingly quickly. As I know from my own family, it is possible to break the cycle so a family decides not to cut their daughters.

Everyone can be part of this fight through supporting charities and projects like The Dahlia Project and The Girl Generation.

Over 3 million girls are cut every year and more than 60,000 are estimated to be at risk in the England and Wales. It could be your neighbour or a girl at school with your children. We all have a role to play. Ask your MP and local council what they are doing and make sure local schools include FGM in their child protection procedures. I would love it if everyone who reads this makes a decision to do one thing. It doesn’t matter how small or how big. If what you do helps to save one girl from being cut it is life changing for that girl. If we are all part of this, together we will end FGM”.

Lewis Garland is an activist, journalist and Communications Manager for Localgiving. He has written on issues ranging from the rights of asylum seekers to post-conflict reconciliation. Lewis tweets as @lewisgarland