On its’ face, the idea of Trump quitting seems preposterous. And yet the possibility is tantalising. 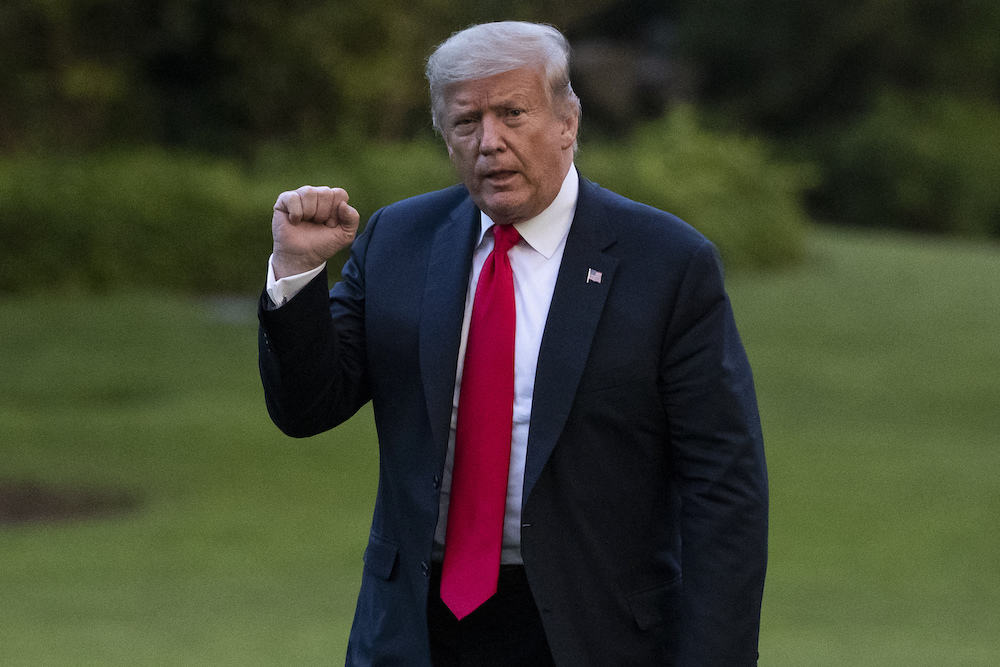 Politics is serious business. It affects real people’s lives and it shouldn’t be treated like another spectator sport. That said, like great theatre, politics sometimes gives us plots that are irresistibly watchable. President Donald Trump’s freefalling re-election campaign is one of them.

There’s no other way to put it: Trump is losing. Former Vice President Joe Biden is beating him in every poll – and by much wider margins than Hillary Clinton four years ago. Red states that were slowly shifting to purple are showing narrow polling leads for Biden. This is unlikely to see him win places like Texas and Georgia, but the trend is undeniable.

It’s not just the polls that make it look like Trump is on the way out. Republicans look likely to lose the Senate and have no chance of taking back the House. Down ballot, Republican candidates are being advised to distance themselves from the president, while conservative worthies have issued ominous warnings.

Trump himself seems almost resigned to defeat. In recent interviews, he seemed to accept that Biden would be president. He failed utterly to outline any priorities for a second term and his campaign so far has been almost languid.

Still, it’s surprising to hear that Trump is considering dropping out the race entirely. Well-connected journalists have brought the admittedly startling news to the world’s attention, but so far it’s garnered little airtime. No wonder. On its’ face, the idea of Trump quitting seems preposterous.

And yet the possibility is tantalising. Trump is a man who hates to lose. He’s the only president in history to cast doubts on the legitimacy of his own election because he was furious about losing the popular vote. He stands to lose a lot more than that this November.

It’s worth noting that Trump hasn’t denied the suggestion in a tweet – a disturbing reality for his party -because if Trump were to throw in the towel, he would unleash holy hell for the Republicans.

The last sitting president not to seek re-election was Lyndon Johnson in 1968, but the comparison is not instructive. Johnson had suffered a humiliating defeat in the primary race and two credible candidates were vying for his job. Trump is in no danger of losing his party’s nomination.

Unlike LBJ, Trump is undisciplined and venal. It’s clear he doesn’t like being president – just the trappings of the presidency. His rallies aren’t as lively as they used to be and his defiance has waned. It’s not inconceivable that he’ll retire undefeated.

What then? Is there a plan in place if the Republican candidate suddenly isn’t the candidate anymore? The party has held some primaries, while cancelling others due to minor challengers. Trump has naturally won every contest that’s been held. Even if the quit the race tomorrow, the primary season is over. There’s no way for a replacement to woo the grassroots.

The candidate would then have to be chosen at the Republican National Convention from 24 to 27 August. Let’s say all Trump’s delegates are released and allowed to vote for whomever they want. Who will they be voting for? Vice President Mike Pence seems the obvious continuity candidate but there’s no guarantee the party would rally behind him. Certainly, the Republican establishment would favour that route, but the rabid Trump supporters from state delegations?

Pence doesn’t excite the base the way Trump does and plenty of ambitious Republicans know that. At a brokered convention with no clear frontrunner, every senator, congressman and governor will have their eye on the main chance.

There’s Senator Ted Cruz – once a Trump critic, now a willing lickspittle- and Senator Tom Cotton, who’s already positioning for a run in 2024. These Trumpesque choices would do well. But there’s also Senator Mitt Romney, the party’s 2012 presidential candidate, who could pitch himself as return to ‘normalcy.’

A Romney run could open the floodgates, however, and see every two-bit huckster on the American right try to fill the Donald-sized gap: Nikki Haley, Dan Crenshaw, Condoleezza Rice, Rick Scott…

In short, if Trump decides to bow out, there’s no obvious successor. That fact also carries grave risks for the Republican Party. The President’s son, Don Jr., has been talked about as a dynastic candidate in some future election. Why not this one? The party’s ever-shrinking base doesn’t preclude this possibility.

Add to all this the inevitable in-fighting, public attacks and damaging leaks a last-minute contest could cause and imagine the smile on Joe Biden’s face.

It will be far better for the Republicans if they urge Trump to stay, do their utmost to get him re-elected against all odds, and take their medicine if he doesn’t. The chaos of a brokered convention would top off four chaotic and wasted years.

And of course, there’s nothing to stop Republican delegates just voting for Trump anyway. Once ‘drafted’, does anyone believe the supremely egotistical Trump would refuse the nomination? American carnage indeed. 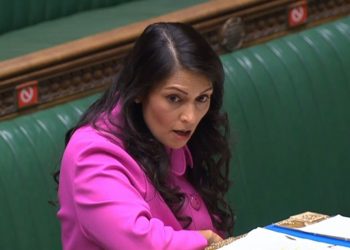