As Britain heads into one of the most important political years in recent history the very essence of truth appears to be at stake at the hands of a Ministry of Truth managed and operated by a non-elected official. 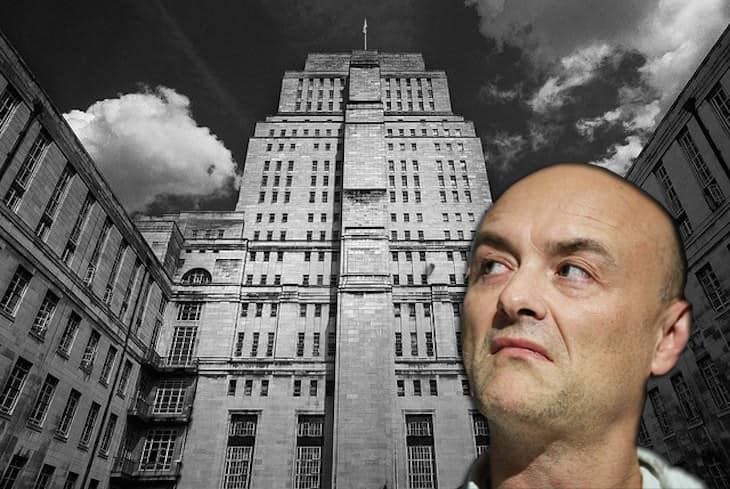 It was quite remarkable how quickly Dominic Cummings’ propaganda machine kicked in following the jubilant celebrations of last Friday night.

As the Sunday papers went to press, accusations that the European Union had already reneged on the deal were being splashed across the front pages in an extraordinary assault on the bloc’s longstanding position to which the UK had agreed in the Political Declaration in October.

Both the Telegraph and the Express used their Sunday editions to outline Britain’s combative approach. Both, it would seem, were parroting the government line without question.

Warnings of the Conservative’s new-found media manipulation tactics had been established well before Boris Johnson won a second term.

Back in October, Peter Oborne hit out at certain members of the mainstream media saying many political journalists are being conned by Number 10 and spreading its lies.

In his words, “there is now clear evidence that the prime minister has debauched Downing Street by using the power of his office to spread propaganda and fake news,” pointing to publications such as the Mail, The Times and ITN for willingly disseminating the lies.

“It’s quite shocking that government sources inside Downing Street are allowed, without being interrogated in a proper journalistic fashion,” he added.

But few people could have predicted the extent to which Cummings and Co would go to facilitate their mass manipulation of the British press.

Earlier this week there was a walkout at a press briefing after reporters from certain outlets were ordered to leave Number 10, most notably those from publications known to keep a more watchful eye over the government’s movements.

The Sun, The Daily Mail and The Times were among those invited in to the briefing, all of whom are known to toe the government line.

So it was with a degree of irony that Foreign Secretary Dominic Raab posted messages of support for the UN’s Media Freedom Coalition which met in Geneva at the end of last month.

The taskforce, which welcomed Sudan and Afghanistan for the first time, set out ways to counter forces that moved against press freedom across the world, even though many appear to be happening closer to home than anywhere else.

The Russia report, which Boris Johnson promised to release as soon as the general election was done, still hasn’t seen the light of day because, as a senior Whitehall source suggested, it raises questions over the validity of the Brexit referendum result.

And based on the Prime Minister’s handling of the press during the election, one can hold little hope that it will ever be released for public consumption.

It all paints a rather bleak picture.

As Britain heads into one of the most important political years in recent history the very essence of truth appears to be at stake at the hands of a pseudo Ministry of Truth managed and operated by a non-elected official.

If Cummings says two plus two equals five then that is what it shall be. Truth is a malleable construct in his mind, and has been for some time.