These elitists genuinely believe that they’re so important that they exist beyond the normal standards of behaviour that are expected of pretty much everyone else in society. 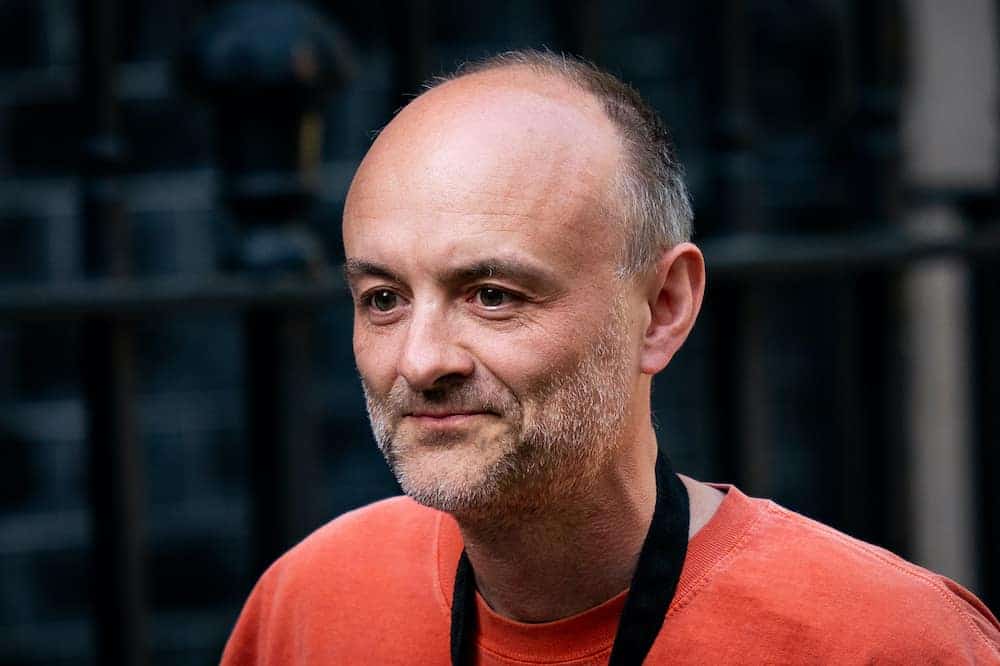 The British public has spent an entire week debating the behaviour of Boris Johnson’s chief henchman Dominic Cummings, but the facts of the case are actually entirely clear. He broke the self-quarantine rules to transport the virus up to the north east, and he broke the stay at home orders with his trip out to the beauty spot of Barnard Castle on his wife’s birthday.

We know these offences happened because he publicly admitted them in that extraordinary press conference in the 10 Downing Street rose garden, in which he also outright lied to the public about having predicted coronavirus on his blog, when in reality he retrospectively edited his blog to add references to coronavirus on the day he got back to London from his coronavirus jaunt up to Durham.

Cummings admitted breaking the rules that everyone else is supposed to abide by, and he was caught outright lying to the British public in order to make himself seem much more intelligent than he really is. Yet this lying rule-breaker is somehow in his job, and half of the political establishment class are busy tying themselves in absurdly convoluted knots actually truing to defend his outrageous behaviour!

This extraordinary ‘defend Dom’ campaign is happening despite the fact that he was also caught interfering in the supposedly impartial scientific advisory group; after he launched a recruitment drive to hire “weirdos and misfits”, one of whom turned out to be a full-on eugenicist; after he conducted a savage Stalinist purge of the Tory party to eradicate its liberal-capitalist wing; and after he led the lying, rule-breaking, finance-fiddling Vote Leave campaign.

If anyone else had been caught doing even a tiny a fraction of this stuff, they’d be driven out of their profession for misconduct, but Cummings gets away with it thanks to a culture of impunity that pervades the entire political establishment class.

Cummings is far from the only beneficiary of this culture of impunity.

Cumming’s meat puppet Johnson has an absolutely disgusting track record of bigotry and incompetence, yet it’s accepted as normal because politics is entirely different from any other facet of British society

There would be absolutely no prospect of retaining their jobs if a corporate chief executive, head of an NHS Trust, or charity boss had been caught spewing vile classist abuse; whipping up bigotry against Muslims; joking about the dead; and attacking investigations into child sex abuse offenders as a waste of money.

In virtually any other walk of life Johnson’s behaviour would render his employment untenable, yet he gets away with it due to the political culture of impunity, and that’s before you even get to his constant lying, and his grotesque displays of incompetence, from Nazanin Zaghari-Ratcliffe to the ridiculous Garden Bridge fiasco.

There are countless other examples too, like the Home Secretary Priti Patel who stands accused of viciously bullying civil servants and junior employees.

Any employee in any other walk of life who stood accused of such blatant misconduct would be subject to administrative suspension until the case is resolved, but Patel gets to carry on in one of the most important offices of state as the criminal investigation proceeds!

Then there are the disgraced figures who keep bobbing back to the surface.

Amber Rudd was forced to resign for lying to the House of Commons about the government’s secret deportation targets, which they fulfilled by deporting black British citizens in the Windrush scandal. She was back claiming a six figure ministerial salary in another position within a matter of months.

Grant Shapps (or should we call him disgraced Internet scam artist “Michael Green”) resigned over a Tory bullying scandal that left a young activist dead, but he’s back in front line politics again, even heading up the daily coronavirus press briefings on several occasions.

And just think about the absurd weekly spectacle of Prime Minister’s Questions.

The social distancing measures in recent weeks have really played into Keir Starmer’s hands, because it’s an awful lot easier to conduct a scathing cross examination without a mob of Tory animals drowning out your questions with a load of ridiculous noise, and then cheering every one of the Prime Minister’s deceptive and evasive non-answers to the rafters.

Just imagine if court proceedings were conducted in a similar fashion, with supporters of the defendant allowed to drown out the prosecution case with a barrage of animal noises!

t would be an absolute farce, yet somehow we accept it as standard practice from the Westminster political establishment class.

Pretty much everyone else in society is expected to adhere to a higher standard of behaviour than our political class, even little children in classrooms.

This culture of political impunity doesn’t just exist for Tories either.

In the “New Labour” era the Labour Party had its share of unflushable turds like Peter Mandelson and David Blunkett, who kept floating back to the surface no matter how many times their scandalous behaviour was exposed.

There’s the ludicrous figure of John McTernan, who oversaw the loss of 40 of Labour’s 41 seats at the 2015 general election, which the party has never recovered from, yet he’s fêted by the media as if he’s some kind of magnificent oracle of Labour Party politics, and never confronted with the unprecedented electoral disaster he engineered.

And then there are the Labour Party staffers who deliberately sabotaged Labour’s 2017 general election campaign whilst spewing a load of racist and misogynistic abuse about their fellow Labour Party members, none of whom have been suspended from the party, and many of whom are still actually in their jobs!

If a corporate executive had absolutely trashed their company even a fraction as badly as McTernan ruined the Labour Party in Scotland, they’d be a joke figure, and a pariah. Yet McTernan is still invited onto political panel shows and treated as a serious guest, rather than the ridiculous icon of political failure that he is.

And if corporate employees had been caught deliberately undermining their own company’s interests like the saboteurs exposed in the Labour Leak document, they wouldn’t just be fired, they’d almost certainly be subjected to criminal proceedings.

The fact that this culture of political impunity exists in both of the main political parties means that it’s hardly likely to go away without a vehement public campaign against it, because in the end, both parties benefit from it.

And the difficulty of holding to account a political class that is absolutely unwilling to be held to account is illustrated by the way pretty much the entire political establishment rounded on Jeremy Corbyn because he represented a threat to their beloved culture of impunity.

These elitists genuinely believe that the rules are for the little people, and that they’re so important that they exist beyond the normal standards of behaviour that are expected of pretty much everyone else in society.

So we’ll continue to be faced with examples of this ridiculous “one rule for the plebs, and another for the establishment class” elitism from the political class until they’re forced to change their ways, or replaced by others who are actually willing to change the system. 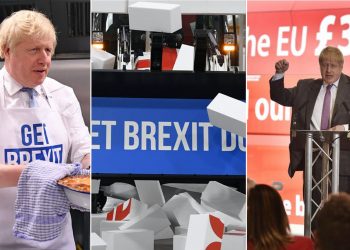