Chris Hobbs is a retired Met police officer who worked extensively at border controls in both the UK and Jamaica. Government proposals that EU nationals and non-EU nationals will ‘be treated the same post-Brexit’ is being greeted with a mixture of hilarity and incredulity by UK Border Force officers. After a summer of chaos at […] 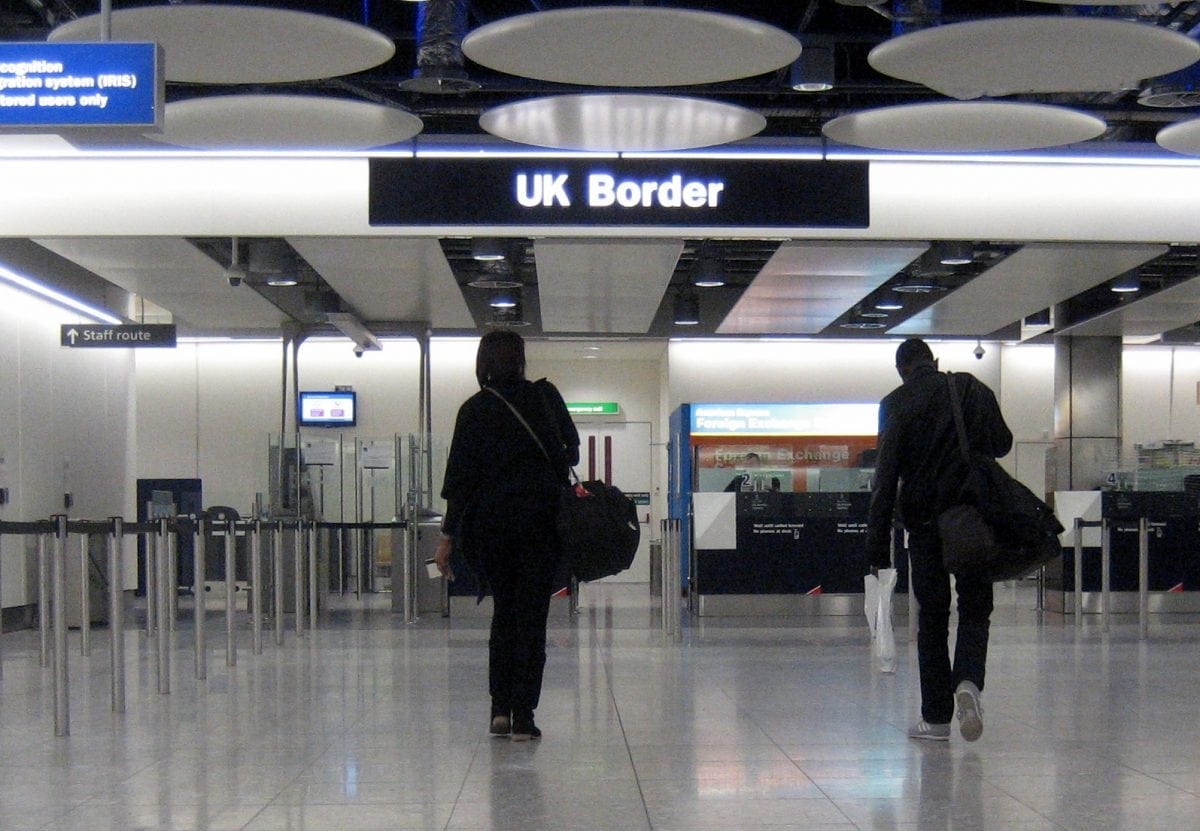 Government proposals that EU nationals and non-EU nationals will ‘be treated the same post-Brexit’ is being greeted with a mixture of hilarity and incredulity by UK Border Force officers.

After a summer of chaos at our major UK airports in terms of queues with woefully inexperienced civil servants being drafted in to staff passport controls, it is clear that our airports and indeed our controls at seaports would simply be unable to cope with the extra demand.

Treating each passenger ‘the same’ should mean that all EU nationals will have to be ‘examined’ on arrival in the UK-in other words spoken to and their passports inspected to see if they have the right to live/work in the UK. Even the examination of EU passengers whose passports show that they have the right to work in the UK will add extra seconds to the processing of each individual through the controls which will have a disastrous culminative effect.

Those without right of abode should be questioned as to the reason for their visit be it taking a simple vacation or visiting relatives already here. Even a ‘light touch’ will add extra time and how would a ‘light touch’ satisfy those whose vote for Brexit was prompted by a desire for ‘stronger borders?’

A light touch would also suit EU criminals especially if, as seems likely, British police, the UKBF and security services lose access to the various European law enforcement databases especially the Schengen warning index. Even with our current ‘chocolate teapot’ controls we have a situation whereby, according the National Crime Agency (NCA), Albanian crime networks, are taking control of much of the UK’s cocaine trade supplying the street gangs that are causing carnage across the country. Albania of course, isn’t even in the EU.

Pressure on the UK passport controls in terms of massive queues already impacts on the effectiveness of those controls. Officers are more likely to hurry their questioning and less likely to hold up passengers for further examination if faced with a baying, complaining queue of passengers in an overcrowded immigration hall together with complaints from the airport authorities and airlines. Over the last few months police have had to be called on a number of occasions to pacify angry passengers frustrated by long queuing times.

The new ‘policy,’ unless an agreement is reached, will ensure that queues for passport controls at peak times, will stretch down to the airport gates which will mean planes themselves having to queue on taxi-ways resulting in delays to flights.

Already at our airports, frustrated UKBF officers are frequently taken off anti-smuggling duties in order to cope with queues at passport control. Those crime networks who use ‘little and often’ drug couriers must currently be having a field day; little wonder that the current street price of cocaine is low despite the occasional ‘big seizure’ by the NCA.

While at our seaports

Those travelling through seaports would see similar chaos. At juxtaposed controls in Dover, French officers would doubtless apply similar scrutiny to UK passport holders resulted in a huge build-up of cars and lorries. Even without this recent government decision, chaos at our seaports has been widely predicted due to issues around customs duties and tariffs. Plans have been drawn up for the M20 to, yet again, be turned over to become a large lorry park with an alternative considered venue for queuing lorries and their despairing drivers being Manston Airport. Little wonder that local residents in that part of Kent are concerned.

There has been much discussion around various schemes using IT to ensure imports and export move smoothly between the UK and the EU. ‘Trusted’ firms and companies, it has been suggested, could pre-clear their imports and presumably exports, using IT with any vehicle examination taking place away from the ports. Rather unfortunate then that the Customs Declaration IT System (CDS) is currently the subject of rumour that it is simply unfit for purpose and will crumble under its post-Brexit workload.

Whilst I am not an expert in relation to ‘freight’ doesn’t it take ‘two (or more) to tango? If there is no agreement to the contrary, isn’t it likely, for example, that French customs will wish to meticulously examine the paperwork and loads of lorries and trucks arriving from or destined for, the UK?

At the UK juxtaposed controls in France there would be similar chaos due to the extra scrutiny required by UKBF officers whilst examining EU passports.

If the decision to treat EU nationals as those from outside the EU is implemented, this will also increase the possibility that the Le Touquet agreement will be scrapped. The removal of UKBF officers from Calais and elsewhere would be a massive boost to human traffickers as indeed, would be a reduction of cooperation between UK, French and other EU law enforcement agencies.

Could a situation even arise where French police both on land and at sea, simply stand aside and allow those who wish to settle in England board lorries and boats provided by traffickers? This, of course may be welcomed by those sympathetic to the plight of refugees and migrants but conversely, would be an anathema to those for whom immigration was the tipping point in the Brexit vote.

The current proposal to recruit 300 extra UKBF officers is laughable. Even if 3,000 were recruited (as suggested by a union official) the infrastructure at both air and seaports is simply not up to the job. Larger planes disgorging ever greater numbers of passengers, are, together with the ineptitude of the Home Office, responsible for the chaos seen over the past few months at our major airports and this before Brexit.

Facing the challenges of a potential post-Brexit meltdown at our borders is a is a demoralised and depleted Border Force. Even the Home Office’s own staff survey shows that front line officers have little or no confidence in their senior managers which will include Home Office ministers.

At major airports, the UKBF workforce is held together by temporary staff known as ‘seasonals’ who are deployed to passport controls after just two weeks training. They are unable to perform more complex tasks such as dealing with casework.

The UK Border Force have been the subject of a number of damning reports by the Chief Inspector of Borders and Immigration, David Bolt and his predecessor John Vine. The Home Office then manipulate those reports to ensure minimum coverage. Theresa May, when Home Secretary, was criticised by the Home Affairs Select Committee for not publishing completed reports. More recently David Bolt himself voiced his concern when five of his reports, four of which contained serious criticisms, were released on the same day.

The chaotic creation of the UK Border Force has resulted in officers at Heathrow being on one of four possible contracts. Many have lost money as a result of changes in shift policy, overtime rates have just been cut while their recent ‘pay increase’ amounts to 0.5 per cent consolidated and 0 per cent for those who insisted on remaining on the old contracts.

In addition, all leave has been cancelled for the month after Brexit and the word is that this could be extended throughout the summer. Little wonder that the UKBF suffers from poor retention rates and high sickness levels.

Of course, there will be those who will cry ‘scaremongering’ however there are UKBF officers who support the concept of Brexit, yet I suspect there will be few if any, who hold the view that our borders will be anything but chaotic in the event of a ‘poor’ or ‘no deal,’ given the total ineptitude of the Government and Home Office in its Brexit preparation.

And finally, there remains the thorny question whether the government will eventually be compelled to deploy UKBF officers to the border between the Republic of Ireland and the North. There will hardly be a surfeit of volunteers.