As moods shift and appetite for change in this country grows, the outdated and unsuited parliamentary system of the United Kingdom is apparent in its weakness and need for reform. 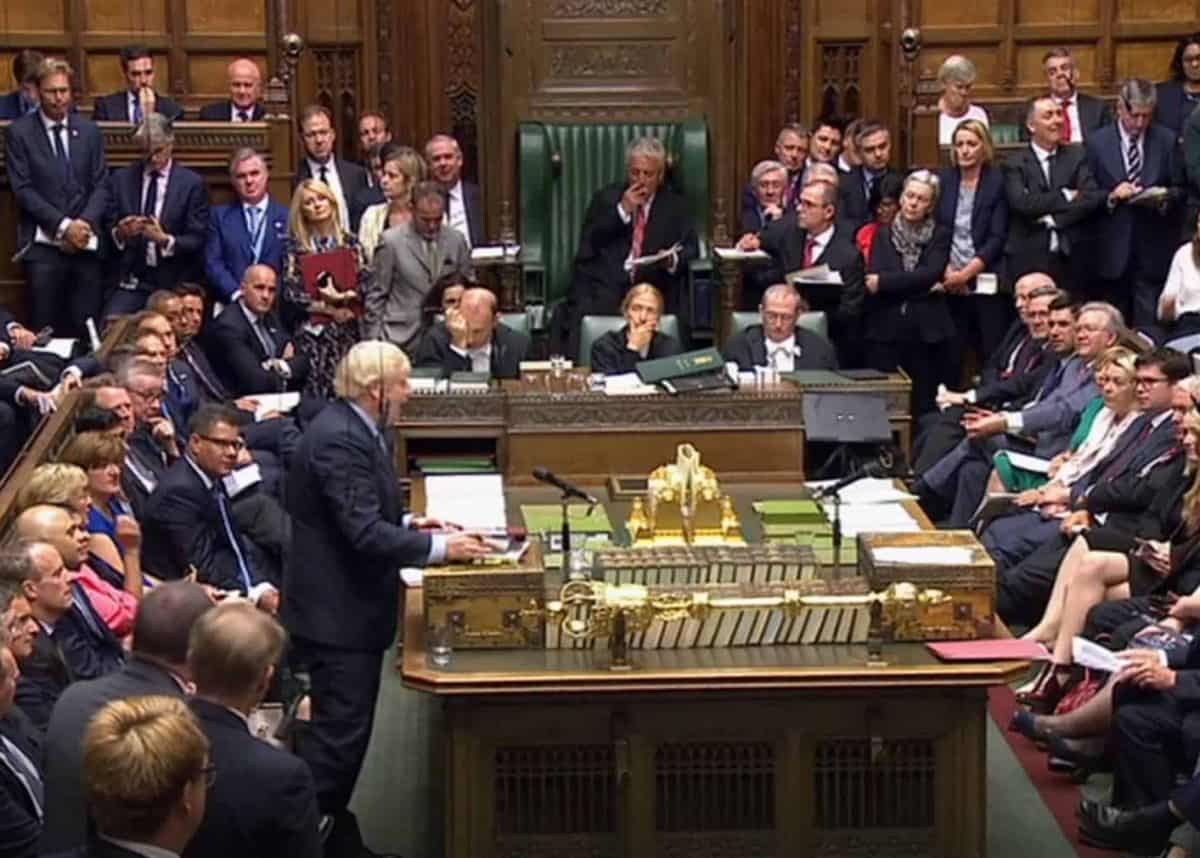 Only 56 per cent of people in the United Kingdom believe that their vote matters, according to recent research by YouGov. The research, conducted as a comparison before and after the December election, casts concern over the state of political engagement in the United Kingdom; suggesting that British people are becoming increasingly alienated from the parliamentary system and its ability to represent them.

Younger generations are more likely to feel disengaged or disenfranchised from British politics, according to the survey.  Of people surveyed aged between 18-24, only 48 per cent believed that their vote was important, with a staggering 37 per cent believing their vote made no impact at all. Conversely, only 23 per cent of people aged over 65 believe their vote is not important, whilst 70 per cent of them believe that their vote mattered to electoral outcomes. The full report, published here, raises concern on the disengagement of British voters from the democratic system.

Perhaps most notable is the relationship between perception of voting importance and political affiliation. Amongst Conservative voters, 85 per cent believe their vote actively impacts the parliamentary system, compared to 54 per cent of Labour voters and only 43 per cent of Liberal Democrat voters. Likewise, geographical identity is telling; an average of 34 per cent of people in the North and Scotland believe their constituency matters compared to a 26 per cent average in London and the Southern regions.

Symptom of the need for change?

In any democracy, the disengagement of citizens from participating in democracy is concerning, especially so when almost half of young people believe that their vote is not important. But it is perhaps unsurprising in the British case.

Three key issues, however, mean that this system is increasingly alienating the British electorate from the ability of democracy to serve their interests; the “wasted votes” of constituencies, the national focus of voters above local issues, and the skewed electoral makeup that prevents honest representation.

This is especially prevalent in “safe seats”, in which the outcome of the constituency election is assumed to swing one way, voters who do not support the incumbent party are more likely to feel that their vote has no impact on either the parliamentary makeup of the nation, or on the resulting political direction of the country. Whilst perhaps the fall of the “Red Wall” in 2019 proves this can be overcome in exceptional circumstances, a system in which people’s votes can be effectively forgotten due to their postcode unsurprisingly leads to the kind of disaffection identified by YouGov.

The falling importance of local issues

Secondly, the Constituency model assumes that voters will vote for the party that will best serve their local interest and that of their constituency. Such an assumption overlooks the increasing national scope and connectedness of people throughout the country. All elections in recent memory, especially in the past decade, have been defined by national and international issues; from Brexit to the Global economic crisis, and even somewhat by a bacon sandwich in 2015. Voters will vote on the National Health Service above their local parks; on the national economy above their high street; on the leader of a political party above the candidate standing in their constituency.

This is especially evident when understanding how and why people vote in the United Kingdom. On a national scale, take Labour’s loss of vote share; an Opinium survey highlighted that 43 per cent of voters who turned away from Labour did so due to the leadership of Jeremy Corbyn, whilst 17 per cent cited Brexit and 12 per cent the party’s national manifesto. In the case of Labour, 72 per cent of those who elected not to support the party did so due to 3 national considerations, rather than anything related to local issues. Why, as the parliamentary model assumes, would individuals vote based on a local issue such as sanitation when they do not trust the party on a national scale?

Moreover, electoral turnout when comparing local and national elections. Voter turnout in the 2019 General Election was 67.3 per cent; in the local election in May it was only 34 per cent. Both prove that whilst people undoubtedly do hold some form of an opinion on issues in their local area, the British public votes on a national scale for national issues, be it the economy, future direction of the country or as a popularity contest between two leaders. The constituency model, in creating “wasted votes”, limits how representative parliament truly is of the people who elect it.

A two-horse race in a multi-party system

It is this point that is perhaps most notable; that one of the principle driving factors in how people vote is a contest between the two leaders and main parties. British politics offers a wide array of political parties and options; from the Greens to UKIP, from ardent remaining Liberal Democrats to the self-explanatory Brexit party.

The constituency model, however, means that all voters in the United Kingdom are bound to the outcome of their defined geographical region. This restricts voters, in many respects, to the two core parties as a means of using their vote to change the parliamentary landscape. A voter appalled by the Conservatives, for example, may identify with the policies of the Liberal Democrats; but vote Labour as the most effective way of using their vote to remove a Conservative member. In some cases, we saw this in the last election; voters who could not support Labour due to the leadership of Corbyn and the neutral Brexit position voted for the Conservatives, despite many admitting they neither liked or trusted Johnson’s party.

The Constituency model, in leading to a voting mentality of damage limitation, makes the parliamentary system skewed in favour of the traditional parties and thus unrepresentative. According to Electoral-reform.org, the Green party received nearly 900,000 votes nationwide and won only 1 MP; the Conservatives required an estimated average of 32,000 per MP elected. It is little wonder Jo Swinson, Leader of the Liberal Democrats, was mocked for suggesting in the election she could become Prime Minister, when over half of Liberal Democrat voters under the YouGov poll believed their vote could not affect the outcome of an election. The current parliamentary model is skewed against true democratic representation across the nation’s political ideals and people.

Idealism that will likely stay that way

Despite the evident unsuitability of the current British democratic system, to suggest that a more representative system such as proportional representation will come into being is, admittedly, naïve. The Conservative party was able to win 365 seats in the 2019 election on 43.6 per cent of the national vote; under a reformed system such as PR, it would not hold a majority. To attempt to convince a majority government to reform the electoral system, in a way that weakens its electoral position, holds as much chance as convincing your friend it is a good idea to shoot themselves in the foot. It’s highly doubtful you’ll receive anything other than being laughed out the room.

Nonetheless, engagement in the British political system is falling in an alarming and potentially seismic way. The think tank Hansard Society argues that there are three growing trends in Britain; weakening opinion of the governing system, rising feelings of powerlessness, and a growing appetite for radical change. As moods shift and appetite for change in this country grows, the outdated and unsuited parliamentary system of the United Kingdom is apparent in its weakness and need for reform. What better place to start in the transformation of the United Kingdom, and to unite and engage people from all backgrounds and positions in politics, than creating an electoral system that represents them and gives their vote meaning?

Related: Boris Johnson’s record as Foreign Secretary should have us all worried