Boris Johnson has ruled out a vote on Scotland’s future, but stopping unification in Ireland could be trickier. 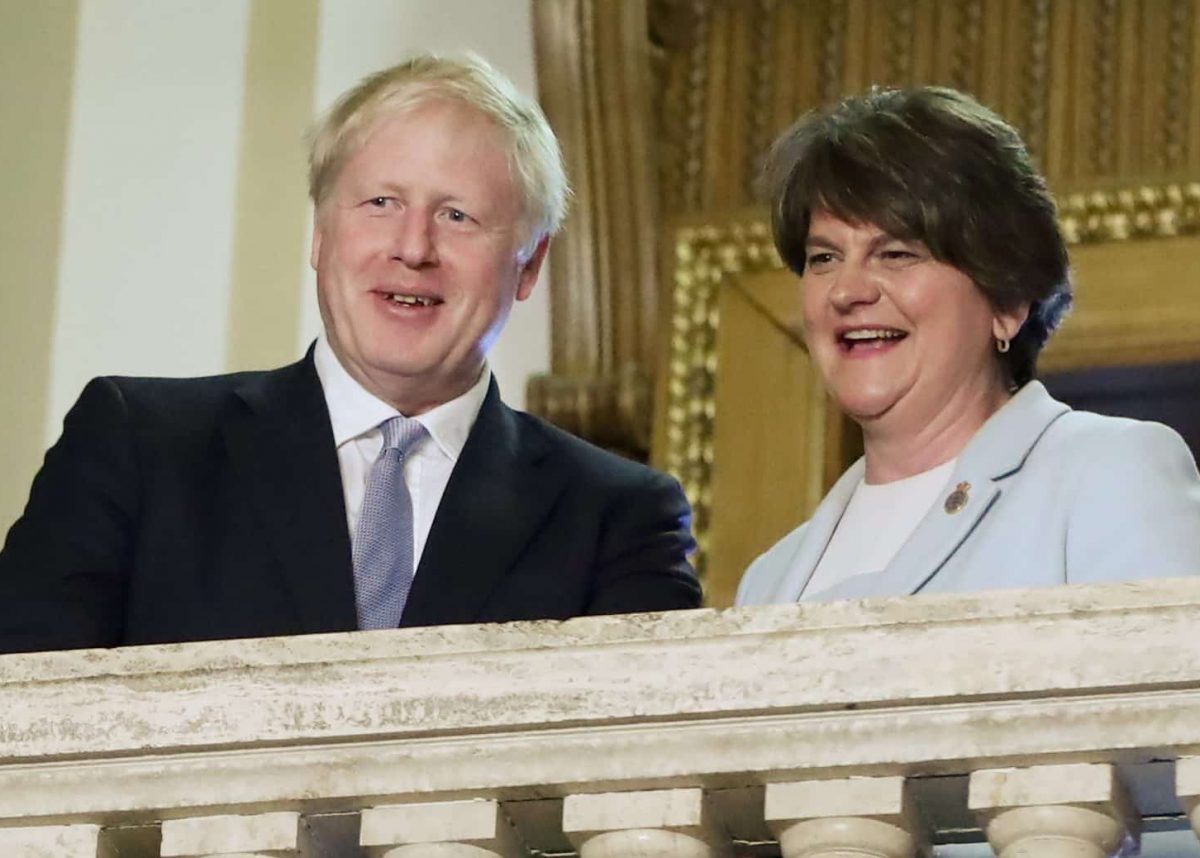 One hundred years ago, with the First World War over and the ink on the Treaty of Versailles still wet, the United Kingdom was fighting a vicious war in what had for centuries been its’ backyard. The Irish War of Independence, or the Anglo-Irish War as it is still sometimes known, started in 1919 and over the course of less than three years it transformed the relationship between Great Britain and Ireland.

The measure of independence granted to 26 of Ireland’s 32 counties has never really registered in the British mind as what it truly was: the dismemberment of the United Kingdom.

Ireland was not some distant colony but rather a part of the British homeland, with MPs sitting at Westminster (and often holding the balance of power), men serving in the regular army and prominent Irish politicians wholeheartedly supporting the British Empire.

Indeed, one argument made by those who wanted a parliament for all of Ireland in the early 20th century was that it would strengthen Ireland’s place in the Empire. Such ideas seem naïve now, a century after a bloody conflict and a compromise that caused an even bloodier civil war in those 26 counties. But the spectre of the Cogadh na Saoirse, the ‘War of Freedom’, may soon haunt the UK again.

To say that talk of Irish unity has increased since 2016 would be an understatement. Almost since the very day the British voted to leave the EU, Irish nationalists were wildly speculating about a border poll and ‘reunification’.

Brexit has worked a funny magic on the ‘soft’ nationalism south of the border. Certain British pronouncements over the past three years inflamed old feelings, while the threat of a hard border was instantly understood here. The failure of many Brexiters to grasp the situation was a cause for dismay and mockery.

Many people, north and south, were enraged when the Tories made an alliance with the DUP and vindicated when the Tories threw the DUP under the bus. Boris Johnson’s withdrawal deal puts a border down the Irish Sea, to the delight of practically everyone except the DUP.

Border down the Irish Sea

Is Irish unity more likely as a result of this inevitable betrayal?

The question lingers like a fog across the island. Taoiseach Leo Varadkar is clearly not happy with the prospect of a united Ireland or the necessary referenda in both parts of the island. Even Micheál Martin, leader of the self-styled ‘Republican Party’ seems antsy about it.

The Republic is likely to hold a general election early next month. This will be the first election since the Brexit referendum. The last time Irish voters went to the polls was in February 2016 when they returned a minority government for centre-right Fine Gael. They’ve had to depend on a ‘confidence and supply’ agreement with the main opposition, centre-right Fianna Fáil.

The left-right divide has never existed in Ireland in a meaningful way. Both parties are products of the Civil War and their policies and style of governing are six of one and half a dozen of the other. Many voters, especially younger ones, are fed up with the revolving door, two-party system, and it shows: Fine Gael and Fianna Fáil collectively command just over 50 per cent of the vote. What about the other 50 per cent?

Sinn Féin is consistently in third place, with about a fifth of the electorate supporting them. Once toxic in the Republic, new leadership, relatively responsible governance in Northern Ireland and support for liberalising the country have transformed Sinn Féin’s electoral prospects. Positioning themselves on the populist left, the party could in theory form a government with left-leaning parties like Labour or the Greens if they have a very good election day.

More likely, however, is for Sinn Féin to enter coalition government as a junior partner. This, too, would be unprecedented and both Fianna Fáil and Fine Gael have ruled out such an arrangement. But voters have long suspected that a Fianna Fáil/Sinn Féin coalition might be possible. The price Fianna Fáil would have to pay would be high and in all likelihood it would involve a formal commitment to seek a border poll under the Good Friday Agreement.

Many in Fianna Fáil would welcome the move, though a newly minted Taoiseach might not. There are many issues for a new government to deal with – overcrowded hospitals, record levels of homelessness, the housing crisis – and setting up an inevitable clash with Northern Ireland’s Unionists and, potentially, the British government is not a priority.

Still, the wind seems to be with Sinn Féin on this issue. Demographic change in Northern Ireland coupled with dissatisfaction about Brexit and Tory rule is creating the perfect conditions for a referendum on unification, albeit with a likely narrow majority.

The campaign in Northern Ireland would be arduous and ugly, a ‘Yes’ vote could unleash a parade of horribles: Loyalist violence, recriminations from British Conservatives and a new wave of anti-Irish sentiment in the UK press.

Brexiters talk a lot about independence, yet Boris Johnson has ruled out a vote on Scotland’s future. Preventing a border on the island of Ireland will prove much more difficult and stopping unification once it’s been voted will be impossible. The Conservative and Unionist Party should step away from its’ insular worldview for a few weeks at least and watch what’s happening in the UK’s nearest neighbour. The union can’t be held together by a Tory majority at Westminster alone. The 2020s could finish what the 1920s started.