This has turned out to be an “asymmetric election” where Jeremy Corbyn does not need to win a majority but Boris Johnson does. 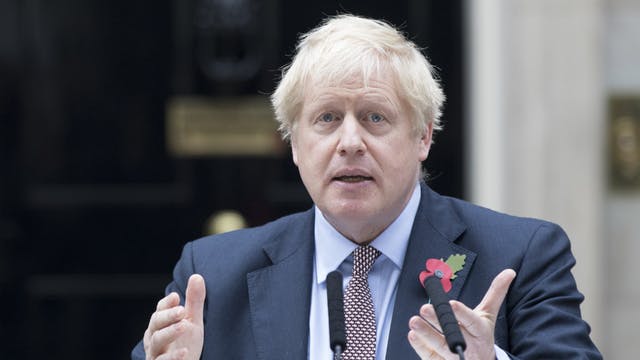 Accomplishments have been few and far between so far in the former London mayor’s tenure, but he can be proud of this one.

Wednesday 20th November marked the 120th day of Mr Johnson’s premiership, one day more than the number clocked up by George Canning in 1827, before he died in office.

He must remain in position for just under a month to shun the next closest contender, the 1st Viscount Goderich who lasted just 144 days.

But with a general election imminent, he may yet fall short.

The reason being is that Johnson desperately needs a full house in order to remain Conservative leader and the Prime Minister of Great Britain.

As Rachel Sylvester noted in The Prospect, this has turned out to be an “asymmetric election” where Jeremy Corbyn does not need to win a majority but Johnson does.

If the Labour leader secures a hung parliament he will be seen as the winner and have a good chance of getting into No 10.

Johnson, on the other hand, will be left in the same perilous position that he found himself in before, and with very few friends to count on that likely spells curtains for the beleaguered PM.

The more likely scenario is a Labour-led coalition comprising of two, even three parties.

Although Corbyn has repeatedly dismissed notions of a partnership – it would be political suicide to do so – his party’s line is far more synonymous with parties such as the Liberal Democrats, SNP and Plaid Cymru than Johnson’s is.

All sides would sooner buddy up with a party pledging a re-negotiation of Johnson’s deal and a confirmatory referendum rather than a hard exit in January.

That leaves all the cards in Corbyn’s hands.

While there is little consensus about anything in today’s political environment, one thing we know for sure is that nothing is quite for sure.

The odds on a Conservative overall majority were the shortest they have been in two years this week, with the potential of a Labour surge, a Lib Dem revival and an SNP wipeout all playing against Johnson winning a second term.

There are also many unknowns in this election that are hard to account for in polling.

The Brexit Party, for example, may have stood down in Conservative-held seats but that doesn’t help the party win the additional seats they need to secure a majority.

Elsewhere, the pro-Remain vote could unhinge Johnson’s chances in places like London, where there has been a Lib Dem surge ahead of the election.

It all paints a pretty bleak picture for the Prime Minister who has to win it to be in it. This could be a very short term for him otherwise.