As long as Johnson and his mob wave flags and stoke culture wars, the ultranationalist cult will ignore the wanton vandalism of Britain. 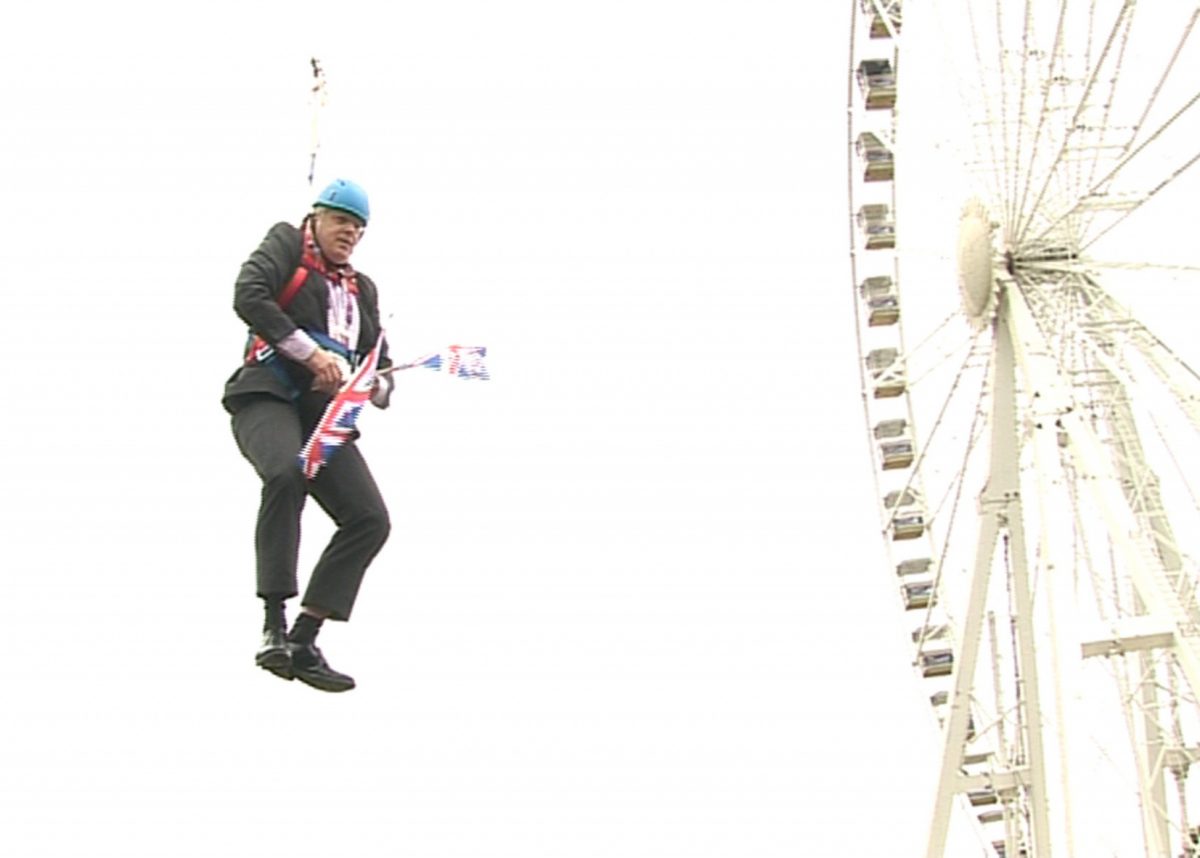 A couple of weeks ago Boris Johnson told a classroom of bemused children that in his Britain they would be allowed to sing Rule, Britanniaat the Last Night of the Proms!

The poor kids didn’t have a clue about what the blustering buffoon was blathering on about, but it was obvious what he was doing to those of us who have been following all the rising tide of tedious Tory culture war sewage that’s been polluting British political discourse.

Johnson was attempting to position himself as the heroic patriot who defends all things British, from odes to imperialism at the Proms, to statues of racist Tory slave-traders that adorn our towns and cities.

Indeed, the name of his political party is the Conservatives, which implies that they exist in order to conserve Britain’s cultural, social, and political institutions.

The only problem with this comforting Tory narrative is that it’s absolute b*llocks.

This modern incarnation of the Conservatives have even less interest in conserving Britain’s institutions than Tony Blair’s union-busting, privatisation-embracing incarnation of Labour had in defending organised labour and promoting socialism.

In fact, Johnson has created the most radically right-wing and least conservative incarnation of the Conservative Party ever, which is engaged in a savage ideological war against Britain’s institutions and traditions, directed by their unelected and unaccountable oberbefehlshaber Cummings.

The most obvious target in this war on Britishness is the ongoing Tory assault on Britain’s position in the international order, with Boris Johnson’s shambolic Withdrawal Agreement repeatedly taking centre stage during his leadership.

Instead of scrapping the flawed nonsense deal that Theresa May came up with and starting again (the obvious solution to the intractable problems that May’s red lines created) Johnson lazily copied it,almost word for word, just with a customs border between Northern Ireland and mainland Britain hastily scrawled onto it, in order to bypass the Irish border deadlock.

In September 2019, at the behest of oberbefehlshaber Cummings, Johnson sacked 21 Tory MPs for daring to raise their concerns about this absolute shambles of a deal. A shocking display of dissent-crushing autocracy that you might expect to see in tyrannies like North Korea or Saudi Arabia, not in a developed European state like the United Kingdom.

In December 2019 Johnson ran his “Get Brexit Done” election focused almost entirely on assurances that he would rush through his lamentable deal in order to make the boring subject of Brexit go away, and outright lies that his rubbish deal was “great for Britain”, and that it wouldn’t include a regulatory border between Northern Ireland and the rest of the UK, when that’s precisely what he’d actually agreed to.

And now in September 2020 his government are suddenly threatening to break international law, and destroy the Irish Peace Process, by unilaterally tearing up the part of his deal in which he agreed to create this regulatory border down the Irish Sea, and cynically blaming the EU for the contents of the withdrawal deal that Johnson negotiated, sold to the British public, rushed through parliament, and willingly signed into law, all within the last twelve months!

Within a year Johnson’s laziness and dishonesty have resulted in the UK becoming a rouge state intent on defying international law, and reneging on treaties it’s only just signed up to.

Another aspect of international law Johnson’s Tories are signalling their intent to vandalise is the European Convention on Human Rights, which was initially drafted by British lawyers in an attempt to prevent the horrors of the Second World War ever happening again, and strongly supported by both post-war British Prime Ministers Attlee (Labour) and Churchill (Tory).

Scrapping the human rights of British citizens, and joining Belarus as the only countries in Europe to not recognise the ECHR isn’t just a lurch towards fascism, it’s the deliberate ideologically-driven destruction of one of Britain’s finest achievements on the international stage.

Johnson isn’t just driven by contempt for international law and Britain’s role in the international order either, his regime are just as contemptuous of British law too.

Who could forget when Johnson tried to unlawfully suspend parliament in order to prevent MPs from scrutinising his lamentable shambles of a withdrawal deal?

Then there’s the time the UK courts ruled that arms sales to Saudi Arabia were unlawful, because they were using them to commit war crimes against civilians in Yemen. The Tories didn’t just defy the court ruling by continuing arms sales to the Saudi head-choppers, they also invited hundreds of Saudi Air Force pilots to Britain to practice their war crimes on British bombing ranges!

Then there was Johnson’s chilling 2019 election pledge to curb the power of British courts to hold the government to account over their lawlessness, by weakening judge’s powers to intervene in political lawlessness and introducing draconian curbs on the power of judicial review.

Johnson’s contempt for British law is made even clearer through his political appointments. His choice of the legally illiterate fool Suella Braveman as Attorney General is a deliberate provocation of the legal profession, and putting Priti Patel in charge of the Home Office is perhaps even worse, given the treasonous plotting she was forced to resign over back in 2017.

Aside from domestic law and Britain’s place in the international order, Johnson’s radically right-wing Tories have declared ideological war on numerous other British institutions and aspects of British life too.

Johnson’s unelected and unaccountable henchman oberbefehlshaber Cummings has taken it upon himself to tear apart the civil service, and override normal recruitment procedures with a drive to hire “weirdos and misfits”, resulting in anti-black racists and eugenicists making their way into Johnson’s inner circle of advisers.

Cummings has also decided that it’s his role to drive out as many experience civil servants as possible, to go above government ministers’ heads to hire and fire their advisers, and to allow ministers like Priti Patel to get away with allegedly bullying civil servants and advisers without standing down during investigations into the very serious allegations against them.

The fact that Patel and the unnamed alleged Tory rapist have been allowed to continue as normal in the Tory ranks isn’t the only proof that standards in public life are also under ideological attack. It doesn’t seem to matter how catastrophic the screw up, or how brazen the corruption, Tory ministers and government advisers can now get away with literally anything.

Democracy itself is under attack

Whether it’s causing tens of thousands of deaths through a depraved ‘Superman of Capitalism’ strategy of simply allowing coronavirus to spread (Johnson); colluding with a property developer Tory party donor to steal £40 million from one of Britain’s poorest councils (Jenrick); to outright defying lockdown rules to drive hundreds of miles to a second home that was apparently built without planning permission and never even registered for Council Tax (Cummings), Johnson’s Tories now consider themselves to be absolutely immune to pre-existing rules of conduct.

Under Johnson’s Tories democracy itself is under attack. From unlawfully suspending parliament in order to evade scrutiny of his shambolic Brexit deal, to the secretive Tory shell companies that illegally fly postered Tory propaganda around thousands of polling stations on election day in 2019, to allowing the unelected Cummings to run the civil service as his own personal fiefdom, and purge all signs of political dissent from within the Tory ranks.

These autocrats absolutely detest the concept of the ruling elite being held to account through democratic institutions and processes.

Perhaps the most glaring evidence of Johnson’s contempt for Britain is his contempt towards the UK’s constituent nations of Northern Ireland and Scotland.

Not only did Johnson utterly betray his DUP allies by signing up to a regulatory border down the Irish Sea, he also told barefaced lies to the Northern Irish people during the general election by outright denying what he’d done.

Now that his lies have completely unravelled, he’s lying again that it’s the EU’s fault, and attempting to lob the Good Friday Agreement and the Irish peace Process onto his raging Brexit bonfire, by wilfully reneging on the withdrawal deal he’s only just signed up to.

Johnson’s contempt for Northern Irish people couldn’t be clearer, and his attitude towards Scotland is no better, with his malicious, incompetent, and radically right-wing Tory government driving ever more Scottish people into the welcoming arms of the independence movement.

But the most worrying thing about Johnson and Cummings’ ideological war on British institutions, the British legal system, British standards in public life, Britain’s role in the international order, the rights of British citizens, British democracy, and the integrity of the United Kingdom itself, is that the cult of hard-right ultranationalist jingoism that they’ve built up to support them is fundamentally incapable of recognising the damage that’s being done.

As long as Johnson and his mob wave British flags, and hit all of the far-right culture war touchstones (like Rule, Britannia!, the “cancel culture” hysteria, refugee dinghies, slave trader statues …), the ultranationalist cult will ignore the wanton vandalism of British institutions and traditions, the annihilation of Britain’s position in the international order, and even the eventual breakup of the United Kingdom into its constituent nations.

The trick Johnson and Cummings are using is to keep their reactionary mob in a constant fervour of confected patriotism over an endless conveyor belt of trivial nonsense, in order to distract them from the real Tory agenda of deliberately vandalising and destroying the British institutions and traditions that they profess to love so much. 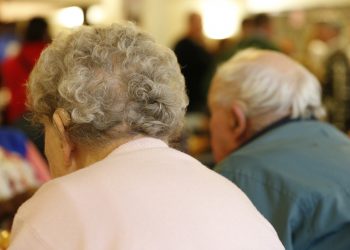