Ministers - including Michael Gove, Sajid Javid, Dominic Raab, Geoffrey Cox and Steve Barclay - will meet every Monday with the sole task of delivering Brexit 'by any means necessary'. 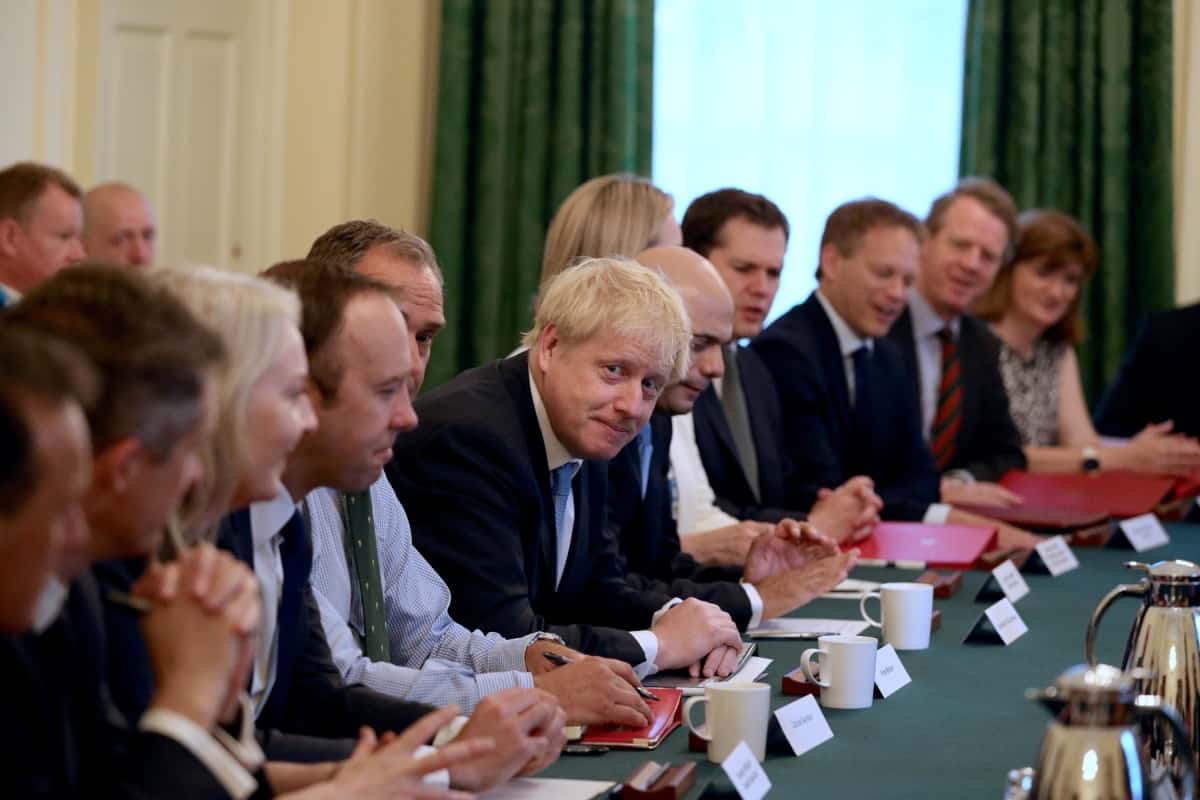 Boris Johnson has appointed a Brexit “war cabinet” in an apparent nod to the war rooms set up during World War II.

The Brexiteer PM – who made a self-serving paean to Winston Churchill in his book “the Churchill Factor” – appointed six senior staff to sit on the decision-making body.

It chimes with the same political strategies deployed by Churchill in the Second World War, when Neville Chamberlain, Clement Attlee, Lord Halifax and Arthur Greenwood met to navigate the country’s war efforts.

Six men pretending they are at war

But at war we are not, and several commentators have been quick to point out the futility of employing such parallels.

David Yelland said: “We are a country hopelessly obsessed with the 39-45 War, a nation of ‘War Cabinets’ and Dads Army tropes.

“The EU (incl Germany & Ireland) are our friends, neighbours and biggest trading partners; Europe is our home not our enemy. We are a country adrift….”

And Liberal Democrat leader Jo Swinson added: “The future of our country decided by 6 men pretending they are at war. Is this really what we’ve become?”

It is, however, likely to chime with the Brexit rhetoric Johnson is looking to evoke.

Senior cabinet ministers revealed that the Prime Minister is “turbo-charging” preparations to leave the EU without a deal on 31 October as his government’s number one priority.

Cabinet ministers were dispersed for interviews across newspapers and broadcasters this weekend as part of a publicity blitz about the prospect of a no-deal Brexit.

Their message is that the UK will be heading for no deal unless EU leaders agree to replace the Irish backstop.

But even Boris isn’t silly enough to pursue in a no deal in reality.

What’s more likely is that the Prime Minister is gearing up for a General Election, and using strongly-worded interviews and talk of war rooms as a way of uniting the right so he can secure a second term.

If the latest polls are anything to go by, it is working.

Among Leave voters there has been a 12 point swing from the Brexit Party coming back to the Tories.

The Conservative share of the vote is also the highest since before Britain’s departure from the EU was delayed back in March.

Boris is likely to achieve very little over the coming months, but he will say a lot.

He will fire warning shots at the EU, he will tell voters that he will deliver Brexit at all costs and he will do it alongside a cabinet that is as high on his barmy Brexit ideals as he is.

But when push comes to shove, Boris doesn’t have the mettle to get this across the line.

He’s just a man playing war, just like his idol Churchill did.