Putting the spotlight on the populist vs progressive response. 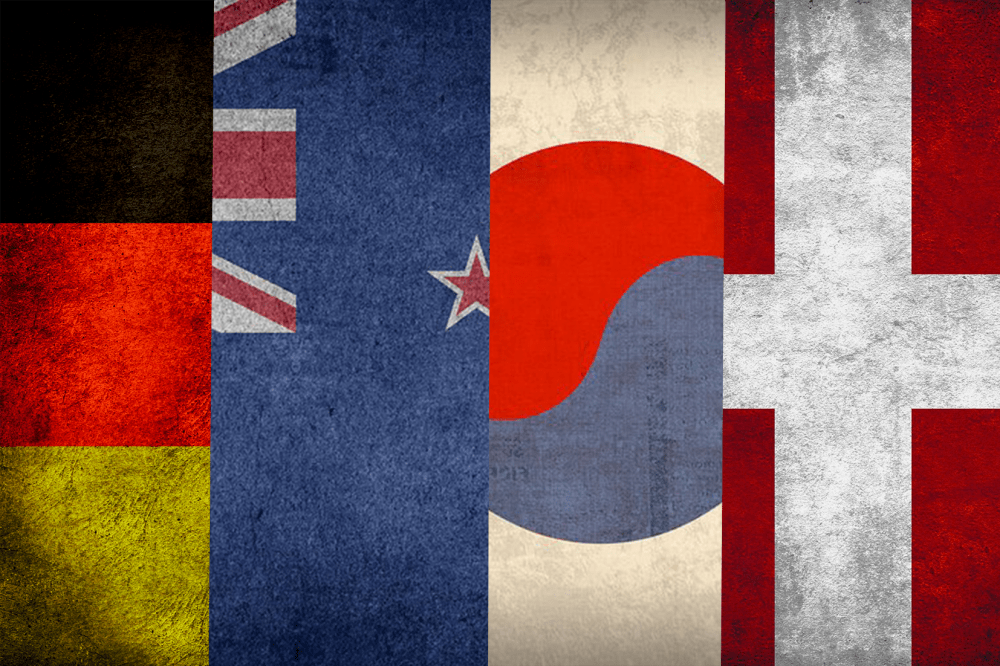 Compare and contrast: Germany, New Zealand, Denmark, South Korea, Iceland, Taiwan, Portugal, Norway and Finland are just some of the countries that have so far managed to curb the spread of the Coronavirus with early lockdowns and in many cases, conducted strategic programmes of mass testing and tracing. The combined total of COVID19 death rates of all of these countries is less than one week of the COVID19 death total in the UK.

There are a number of similar themes within all of these countries who have been successful at providing gold standard responses to the coronavirus pandemic. Firstly, they hit hard and they hit early. They either locked down within days of their first cases arriving in their country and in many cases, like Germany, South Korea and Denmark, they implemented a test and trace programme to identify and isolate both symptomatic and assymptomatic cases and who those cases have been in contact with. Secondly, almost all of these the countries are governed by either socialist, social democratic or progressive governments.

Progressive administrations have largely managed the coronavirus crisis with aplomb. This is diametrically opposite to the responses in far-right ‘populist’ governments in the United States of America, Brazil and the UK. All three nations reacted slowly to the pandemic and are now finding themselves behind the curve rather than getting in front of it. Covid has now claimed more American lives (58,223) than those who died in the Vietnam war. It is also claimed over than 40,000 lives in the UK – more than the Blitz in the World War II.

Jacinda Arden, New Zealand’s Prime Minster has led her nation with empathy and evidence. She has communicated in a style in keeping with a modern world rather than from behind an austere room and a lectern. She has consistently communicated daily through non-combative press conferences or intimate social media videos from her own home. She talked with her nation rather than at her nation. She has held the hand of her country with warmth and compassion. Her insistence on saving lives and her kindness-first approach – urging New Zealanders to look after their neighbours, take care of the vulnerable and conveying collective responsibility to galvanise New Zealanders. But must of all, she has responded quickly. New Zealand locked down within days of their first cases. So far New Zealand have had just 1,474 cases and 19 deaths from Covid. Public trust in Ardern’s government is now greater than 80 per cent.

In Germany, Angela Merkel has been hailed her detailed understanding of the health crisis and conducted numerous personal public interventions, warning that up to 70 per cent of people would contract the virus – the country’s “greatest challenge” since 1945 – and lamenting every death as that of “a father or grandfather, a mother or grandmother”. Germany has also implemented a mass testing programme with over 200,000 tests per day.

Mass testing from the outset

Thanks to mass testing from the outset and a huge supply of intensive care beds (the highest per capita in the world), Germany has so far recorded fewer than 6,500 deaths, a far lower figure than many highly populated European countries.

In Denmark, the prime minister, Mette Frederiksen, acted equally firmly, closing the country’s borders almost immediately after the first reported cases on 13 March, and following up a few days later by shutting all kindergartens, schools and universities and banning gatherings of more than 10 people.

That decisiveness appears to have spared Denmark a huge spread of the virus, with fewer than 9,00 confirmed cases and 434 deaths. Frederiksen’s emphatic speeches and advice to the nation have been widely praised.

Act swiftly and have a consistent plan. Talk to the country like human beings rather than subjects. Progressive governments around the world are showing that this approach is working to stop the spread of the virus rather than lazy reactive dithering. As always when handling a health crisis, foresight is far more effective than hindsight. As the poet William Blake once said, “Hindsight is a wonderful thing but foresight is better, especially when it comes to saving life, or some pain”.