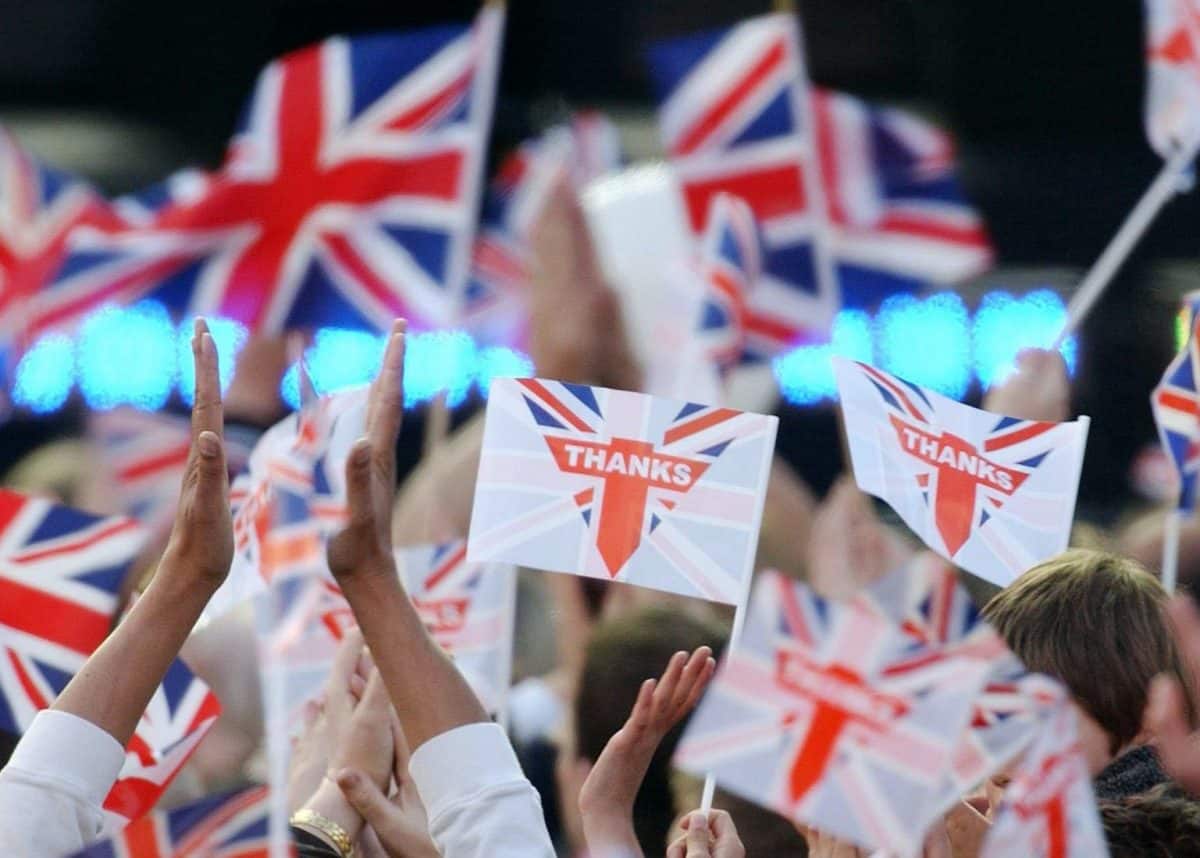 It was a programme that I’d made a mental note of to watch on this special, celebratory Friday and the BBC’s VE Day 75: A Musical celebration didn’t disappoint. In fact, considering the constraints caused by COVID-19, including the lack of an audience and social distancing, the producers had made an excellent fist of it, capturing the mood of the occasion.

And then we came to the finale: A glimpse of the legendary Vera Lynn and then Katherine Jenkins singing the wartime favourite, “We’ll Meet Again.” It soon became clear that the footage was to link the anniversary celebrations with the current battle to defeat the Coronavirus in terms of a tribute to all those key workers who were playing their part.

I still wondered whether I may have made a mistake, so I went to twitter; Others too were commenting on the absence of police in that final segment. It was clear that for whatever reason, police had been excluded from the entire celebration programme including the evocative climax.

Hello how do you complain to the BBC that they missed out the police in their VE day celebration song? An ice cream shop is apparently essential but who cares about police ?‍♀️ @BBCNews @UKCopHumour @PFEW_Chair @BBCOne #fuming

Throughout the remainder of that evening and throughout the following day indignation grew amongst the police community and beyond.

It is no secret that police have had a torrid time during the Coronavirus lockdown by virtue of having to enforce hastily imposed legislation designed to keep the virus under some sort of control. Much of the media have fallen over themselves to publish stories belittling police citing ‘over-zealous’ policing even though some of those stories were woefully inaccurate or palpably ‘fake news.’

There was clear evidence that hostile sections of the media were actively trawling for anti-police stories; police themselves acknowledged that mistakes had inevitably been made yet the fact that thousands upon thousands of police-public Coronavirus interactions had perfectly satisfactory outcomes was of no interest to the aforementioned press.

The statistic that around 9,000 penalty tickets had been issued since Lockdown, occupied some headlines but of course no section of the media opted to publish the fact that this worked out at an average of five ‘tickets’ per day for each of the 43 police forces of England and Wales.

The hostility to police emanates from both the hard left and far right. Had this hostility and indeed prejudice, I asked myself, spread to the BBC producers and resulted in them eliminating police totally from their 70- minute programme?

If not a BBC decision (or oversight) then who?

Of course, there could be other reasons why police were not present in any shape or form during those 70 minutes. Perhaps, after the ‘dancing police officers’ tik tok saga, approaches from the BBC to the National Police Chief’s Council may have met with a blank refusal.

Any response to such a request should, of course, be seen in the context of the historic nature of this programme and surely the fact that police officers and/ or staff would be seen for a few seconds singing along to the historic ‘We’ll meet again’ could hardly be seen as demeaning.

Assuming this was not a crass decision by the NPCC which would have been unlikely to have pleased all the 43 Chief Constables of England and Wales or those of Scotland and Northern Ireland, could there be another explanation?

It seems unlikely that had the programmes producers consulted each Chief Constable of the 40 plus UK police forces, they would have found no takers. Many forces have their own choirs in any event.

Another possibility, floated by a BBC journalist, was that the Home Office vetoed the idea. That indeed is a possibility, but given the nature of the event and the fact that firefighters participated, such a veto would be inexcusable.

Could there have been a decision by the BBC producers, to ‘pull’ the police contribution as a result of a much-publicised incident over police use of a taser in an incident in Manchester involving a child which received considerable publicity across Friday? If that were the case, we may never know.

Even had comprehensive attempts by the producers failed to secure the cooperation of police chiefs, a few seconds of footage could have been used to show a still ‘police’ photograph or library footage in that section towards the end which saw the screen divided into segments.

I decided, via the medium of twitter, to attempt to contact three well known BBC journalists in addition to @BBCOne. I didn’t expect any to be involved in the decision or editing but the BBC do cover stories against themselves so I thought one or more might attempt to ascertain what exactly had occurred.

In fairness, one responded, pointing out quite rightly, that that this was nothing to do with him. He also seemed to suggest that as others; prison officers, intensive care physiotherapists, hospital cleaners, were not featured why should the police be?

He then made the following point:

Many would disagree. Although a fun event, it was also a tribute to those who saw us through to victory in 1945 especially those who made the ultimate sacrifice and this theme was rightly linked to those in the ‘front line’ of today’s crisis.

It could surely be argued that as the police were and are one of three emergency services, they could have expected to have occupied just a few seconds of the programme’s time.

As far as the current Coronavirus crisis is concerned, aside from our magnificent, self-sacrificing NHS and care home staff, the police have been a major cornerstone in the fight against this terrible disease. In addition to the media hostility referred to above, police have seen assaults against them increase dramatically and all too frequently these have involved spitting, coughing and biting.

Yet, during this crisis there has been another side to policing in terms of ‘concern for welfare’ calls. In some cases, the outcome will be a sudden death and these have obviously increased in number since March. Not only to police have to deal with the scene but there are relatives to be considered including the dreaded delivery of death messages.

Your community support officers and police were amazing on Friday when we were dealing with a sudden death. Thank you so much for the kindness it truly meant the world

Concern for welfare calls will also involve those suffering from mental health issues, surely exacerbated by the current situation with police frequently having to attend due to a lack of mental health resources. Calls from those worried about the welfare of distant, elderly relatives who they haven’t been able to contact, also have increased and again police will attend.

If they find that person in difficulties they will, of course, deal with the problem; sometimes this will involve dipping into their own pockets.

Added to the mix are increased demands on police in relation to domestic violence; an inevitable result of the Lockdown.

So, in addition to enforcement, dealing with the crime that still continues, police kindness, empathy and compassion has been and will be a feature of this crisis. Surely, the above qualifies police for a few seconds of airtime.

Even if a cameo police appearance is ruled out due to ‘lack of room’ police were still an emergency service who made a valuable contribution to the war effort. Many joined the armed forces but those who remained behind also played a significant role on the Home Front and paid the ultimate price as police memorial rolls show.

The question being asked even before this incident, was whether sections within the BBC were already pursuing an ‘anti-police’ agenda. In East Enders, a strong ‘police are corrupt and racist,’ storyline featuring ‘Keegan’ (the outstanding Zack Morris) has been running for some considerable time.

Just days ago, an episode of ‘Doctors’ saw the beginning of what could be another, ‘police are racist and corrupt’ storyline following a police‘stop’ for a minor traffic offence.

Could this view of police be a pervasive throughout sections of the BBC and thus influenced the decision as to police involvement?

If the BBC respond at all, they will certainly deny that views of individuals within the organisation were responsible for the omission; indeed, in fairness, at the time of writing the absence of police could be nothing whatsoever to do with the BBC as previously stated.

Equally, if this were a simple oversight, as has also been suggested, surely someone during the editing process, like so many watching, would have commented; ‘we don’t seem to have the police featured.’

Whatever the reason, whoever is responsible, surely police officers and indeed the police service, past and present, deserve an explanation.