I didn’t eat for a day last week. This wasn’t due to a bad curry or a particularly good night out on the town. My day of abstinence had a more noble purpose as I joined hundreds of others as part of a day of action organised by Make Votes Matter, a cross-party group campaigning […]

I didn’t eat for a day last week. This wasn’t due to a bad curry or a particularly good night out on the town. My day of abstinence had a more noble purpose as I joined hundreds of others as part of a day of action organised by Make Votes Matter, a cross-party group campaigning for electoral reform set up in the wake of the 2015 General Election.

Many high profile figures took part in the ‘Hungry For Democracy’ protest – a 24 hour fast held last Tuesday on the 100th anniversary of the 1918 Representation of the People Act which gave all men over 21 and some women over 30 the vote for the first time.

Part of the motivation for the event was to commemorate the many suffragettes who used hunger strikes as a form of protest against an establishment that refused to enfranchise them. On February 6th 1918 they saw their actions bear fruit to a limited degree.

But it was another 10 years before all women gained voting rights on the same terms as men, and another 42 years before the next significant change to British democracy when the voting age was reduced to 18. 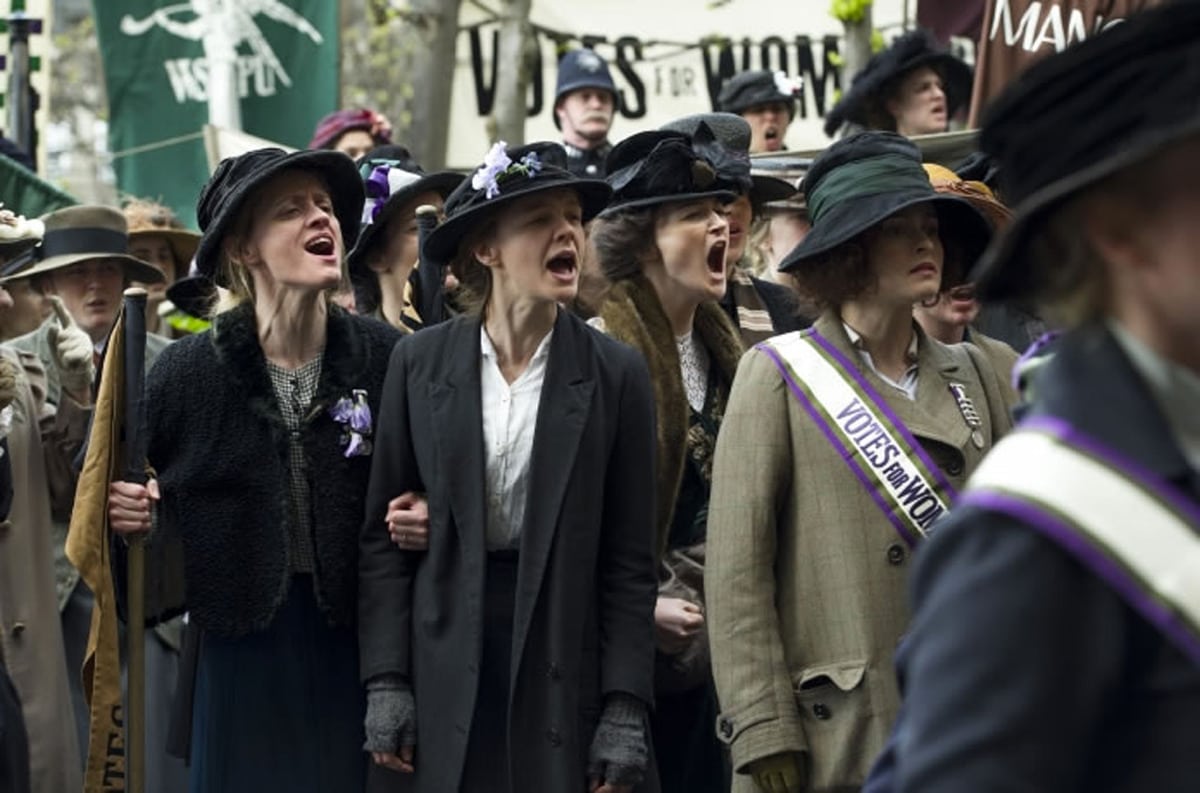 A fudged referendum on AV and a move to fixed term parliaments are the only significant changes we’ve seen since, and as we saw last year, the latter wasn’t worth the velum is was scribbled on.

Party lines on electoral reform are well drawn, with Labour and the Conservatives ostensibly keen to stick with a system that has enabled them to juggle the keys to kingdom between them for decades. But there are cracks in the edifice with some Labour MPs supporting last week’s hunger strike protest.

Perhaps more surprising to some was the participation of UKIP Chairman (at least at the time of writing) Paul Oakden. But UKIP are in favour of PR for very much the same reasons as anyone who isn’t a member of one of the two dominant parties in Westminster. 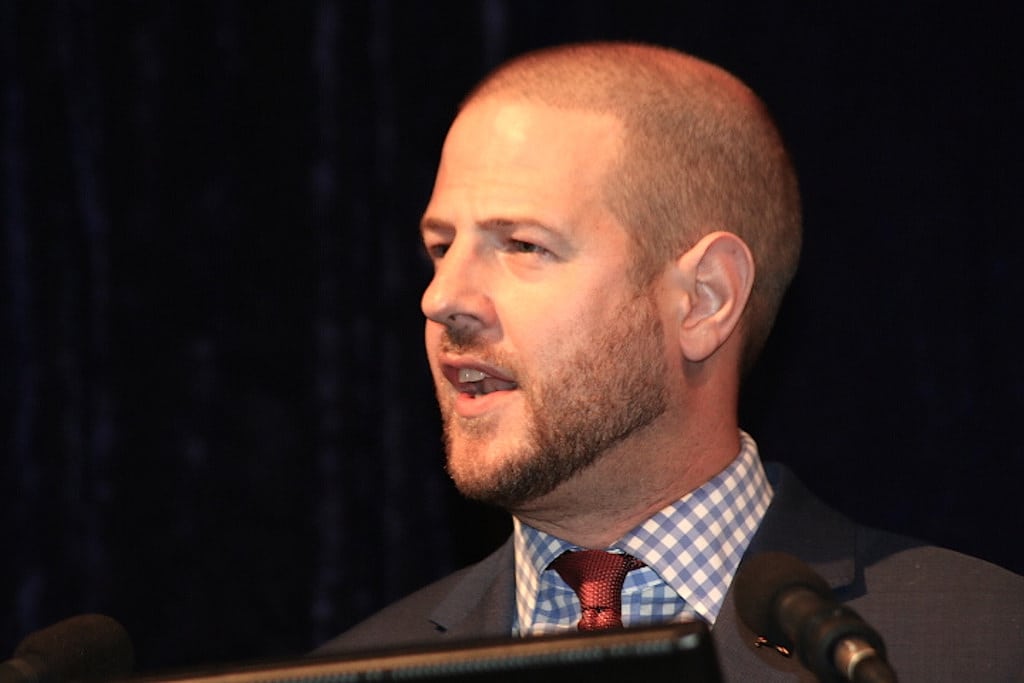 And it’s that dominance that continues to undermine our democratic process, giving us a de facto two party state where your vote only really counts if you live in a marginal constituency. Little wonder then that so few people bother to turn out to the polling booths in the safer seats.

Yet, as we saw in the referendum, when people do see their vote making a difference, they will take up that stubby pencil and make their mark. If nothing else, Brexit demonstrated one thing – people respond when they think their votes really do matter.

But in some ways the split in our society characterised by the referendum vote also highlights a general lack of understanding of what a truly representative democracy entails. The now familiar shouts of “You lost, get over it!” encapsulates the intrinsically combative nature of our political landscape. The idea that, if you’re not on the winning side, your opinions, beliefs, and aspirations simply don’t count.

Those who support less electorally successful parties are side-lined and denied influence because of electoral arithmetic. I stood as a Green candidate for the first time in the election that inspired the formation of Make Votes Matter, and the results spoke for themselves.

Dividing total votes on a national scale showed that a Conservative MP needed about 34,000 votes, with a Labour seat requiring just over 40,000. Around 300,000 votes got you a Libdem MP, whereas a Green needed just over a million. UKIP, probably the biggest political disruptor for a generation, needed over 4 million to hang on to their one MP.

The number of votes cast for that one UKIP seat would have gained Labour a hundred. There’s no better explanation of the lack of proportionality in our democracy than that.

In the 2017 election we saw another surge in party support, this time for Labour. Yet with membership numbers that established them as one of the largest political parties in the world, they still didn’t achieve power.

The Labour Campaign For Electoral Reform – another group supported by the Make Votes Matter campaign – have called on their leadership to back PR. Although Labour MPs, including John McDonnell, have supported such moves, Jeremy Corbyn remains stubbornly wedded to the anachronism of first past the post.

Those Labour MPs who showed last week that they were ‘Hungry for Democracy’ realise that, had that election been run under a system of PR, Labour, supported by coalition partners in the Libdems, Greens and others would essentially be in power now. Instead we probably have to wait another 4 years to roll the dice again.

Electoral pacts, such as those I was a part of when the Greens stood down in my local constituency in Oxford West and Abingdon last year, showed that parties working together can make a difference. I now have a Libdem MP, Layla Moran, who supplanted the Conservative incumbent and has since been very keen to work with local Greens as part of an ongoing spirit of co-operation.

The two dominant parties have predictably characterised this as a ‘back room deal’, but those of us who support PR would prefer these deals to be done in the front room, as they are in nearly every other western democracy.

While one day of hunger isn’t going to make the same sort of difference that those brave and committed women achieved back in 1918, there is a clear link between them and today’s advocates for a fairer voting system.

It’s encouraging to see some level of cross party support for change, and groups like Make Votes Matter and the Electoral Reform Society are helping to facilitate and inform the non-partisan debate.

Let’s hope that recalcitrance and entrenchment doesn’t continue to starve us all of a truly representative democracy for another 100 years to come.

Ian is a writer and ethical entrepreneur. He writes on politics, the environment, ethical consumerism, technology, and animal and human rights.He's a former research psychologist, musician, trail runner, hiker, vegan, humanist, beer lover and committed atheist. He has appeared on BBC TV and local and national radio and was The Green Party Parliamentary candidate for North Oxfordshire in 2015 and 2017.