Donald Trump has reached his late-Nixon phase: he’s paranoid, unpredictable and a threat to American democracy. The Mueller Report showed a litany of unethical actions, attempts to obstruct justice and old fashioned executive incompetence. Impeachment is probably off the table, but Trump’s numbers are under water in key swing states and key voter demographics. Smart […] 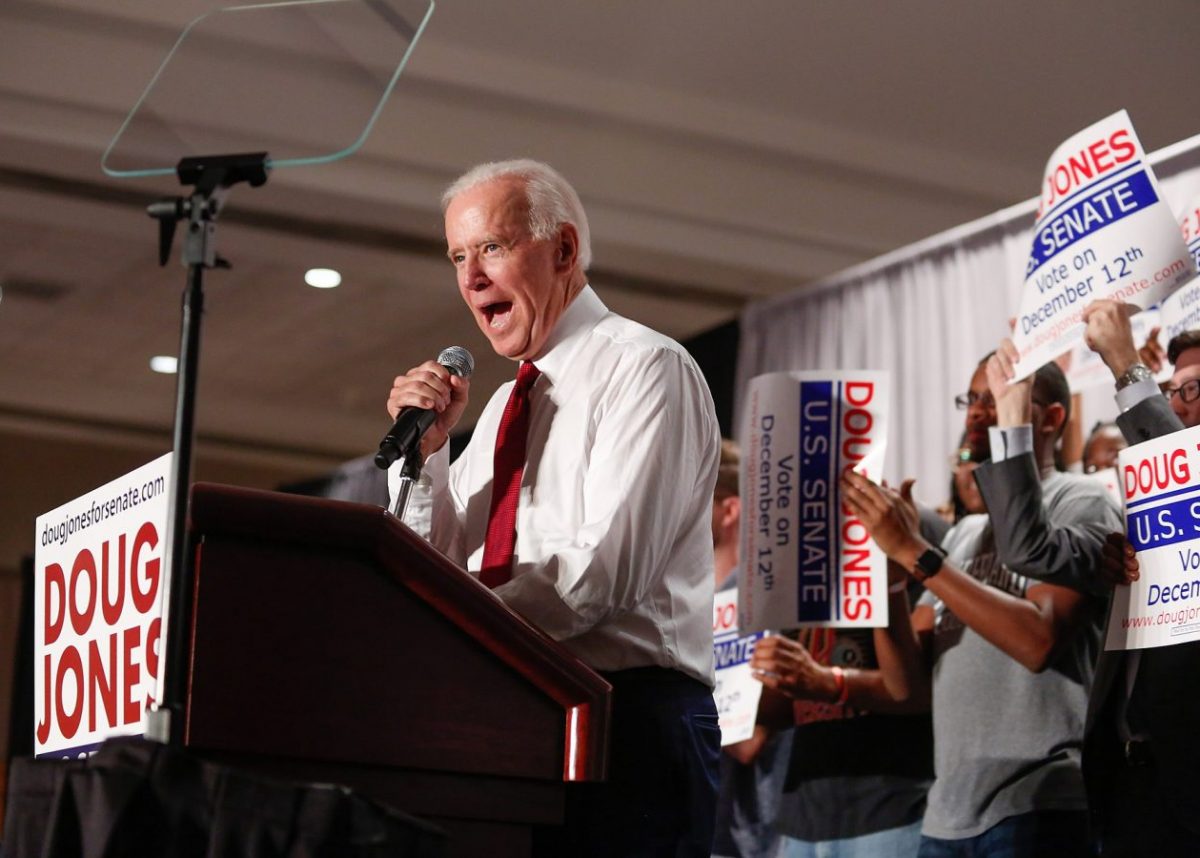 Impeachment is probably off the table, but Trump’s numbers are under water in key swing states and key voter demographics. Smart Republicans should follow Bill Weld’s example and try to push Trump out of office before the next election.

But the Republican Party is now so religiously devoted to Trump that any act of patriotic decency could be political suicide. And nothing over the past two years has dented their ambition. Trump’s presidency means Republicans can win more tax cuts for the rich, more restrictions on abortion and more gerrymandering in their favour. Their long-term goal to arrest the nation’s socio-political development is in sight.

But there’s a price.

There’s practically no national Republican that Trump’s poison hasn’t touched. Senior senators and congressmen have tied their reputation to his, two Supreme Court justices rely on Trump for their legitimacy, and the whole modern conservative project has transformed itself to suit the president’s agenda. This is more than guilt by association. The Republican/conservative establishment has placed Trumpism at its core for more than two years. It’s rotting from the inside out.

The last president who was this toxic was Richard Nixon. Forced out of office and pardoned by his successor, Nixon loomed over the 1976 election like a pasty spectre. Gerald Ford lost and a bevy of Republicans were swept from office. Yet there was no lasting damage. All the Republicans had to tolerate was four years of Jimmy Carter before winning back the White House.

This is where the danger lies for Democrats. They failed miserably to capitalise on Nixon’s fall. It’s hard not to get the impression that Democrats were blindsided by the events of the mid ‘70s.

Nominating the little-known Carter for president was a historic mistake. The Democrats needed a Franklin Roosevelt or a Harry Truman – someone who could use the GOP’s wounds to transform the nature of US politics. Their failure made Watergate even worse. Was all the pain, international embarrassment and damage to the American sense of self for nothing? Democrats must not let this opportunity slip away again.

And now self-styled ‘gaffe machine’ Joe Biden is running for president. Biden is a liability Democrats cannot afford. Not only is Biden too easy to laugh at (that can be overcome – see George W. Bush), he has a very questionable track record. Few liberals have forgotten that Biden was chair of the Senate Judiciary Committee during the Clarence Thomas/Anita Hill hearings. The widely available footage of Biden sitting calmly by as senators ask Hill appalling questions will form the basis of left-wing attacks.

Yes, Biden has said he regrets those hearings, just as Hillary Clinton said she regretted voting for the Iraq War. Like Clinton, there’s plenty more Biden will have to publicly regret. His praise of attorney general William Barr after Barr disputed the right to abortion in 1991 is another nugget waiting to be turned into a Facebook meme. Barr is public enemy number one for Democrats right now.

C-SPAN must have thousands of hours featuring Biden. That cupboard has skeletons aplenty. Democratic voters demand more of their candidates than Republicans and a national apology tour will critically weaken a Biden administration. A candidate’s past matters, but there are also other problems with a Biden candidacy.

Biden will tout his working class roots as an advantage, saying he can win over blue collar workers who voted for Trump. This is utter folly. The claim that Trump won the presidency because of blue collar defections to the GOP is not borne out in the post-election analysis. Trump’s narrow victories in the Rust Belt have everything to do with Clinton’s poor campaign strategy and nothing to do with her family background.

The Mueller Report has all but proven that Russia’s concerted interference campaign in 2016 was decisive in handing the election to Trump. Trump and his surrogates have publicly downplayed and dismissed this fact, practically inviting Vladimir Putin to try it again. And we’re supposed to accept that Biden’s folksy personality will penetrate the Fox News/Twitter/Russian propaganda bubble that so many Trump voters live in?

Let’s be clear. This isn’t just a question of whether Biden can win the election. His poll numbers are better than Trump’s right now and he certainly has broader appeal than a President who’s made it his business to play to 35% of voters who would vote for a cardboard cut out if it were a Republican.

This is also about how Biden will govern, how Biden will heal America’s wounds after this traumatic period of its history. The next Democratic president must capitalise on this dumpster fire to stop the Republicans’ long march to one party rule.

The Democrats must liberate the courts from the conservative strange hold, end partisan gerrymandering, neuter the electoral college, ban dark money donations and so much more. The Republican project has been clear for years: permanent minority rule based on gradual erosion of democratic norms. It must be the Democrats’ mission to defeat this agenda, not just frustrate it for four or eight years.

Joe Biden’s milquetoast bipartisanship won’t restrain a party whose voter base is dwindling and whose politicians are openly engaged in racist policy making to stay in power. Joe Biden wants to go back the 1990s, when Democrats and Republicans behaved like gentlemen and institutional constraints were unnecessary. It was a fantasy then and it’s an absurdity now.

Democrats choose Biden at their peril. The era he represents is gone and isn’t coming back. US politics is a race against time to save real democracy and Democrats are losing. In this case, a nightmare deferred is not a nightmare denied.

During the Obama years, the attacks on democracy continued. If Obama couldn’t prevent America’s democratic backsliding, how could his goofy vice president?

Biden isn’t the right person to shape the future. If he’s elected, all Americans will end up regretting it.