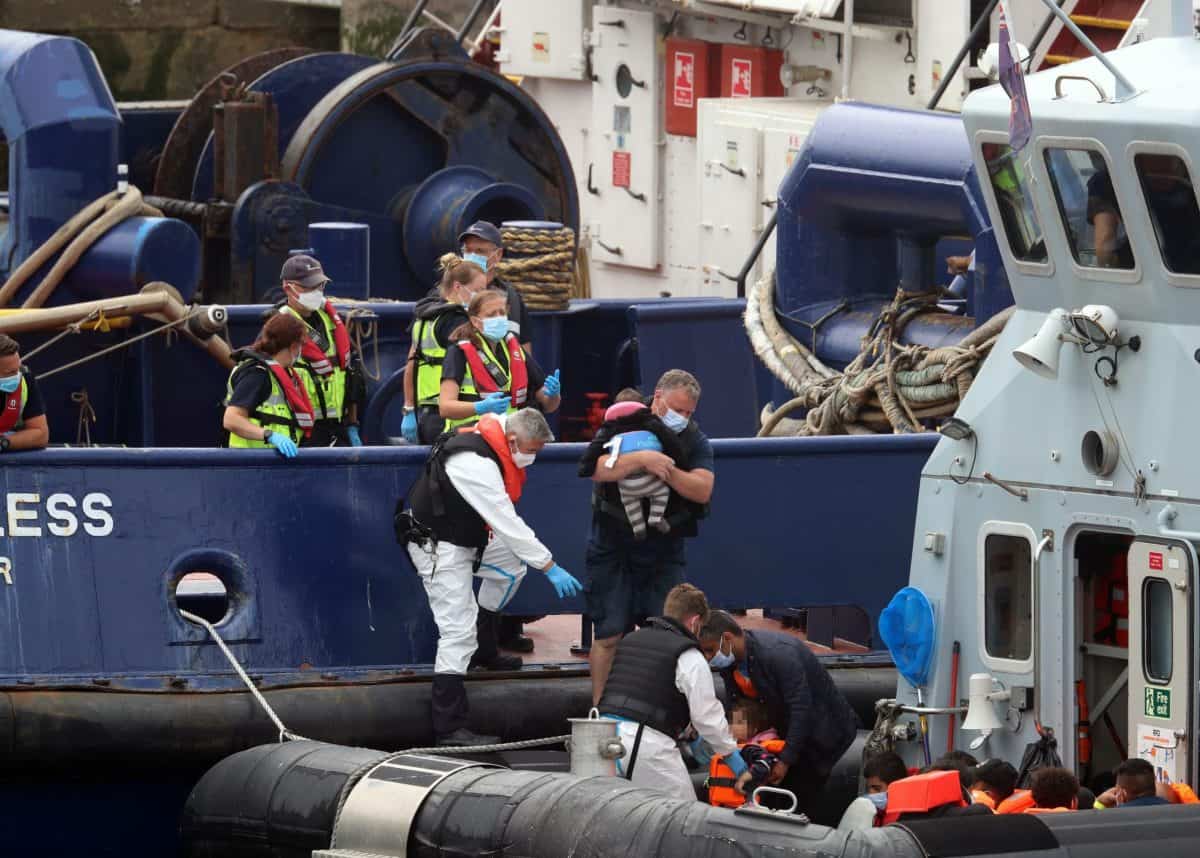 Young children were carried ashore by officials as the latest wave of Channel migrant crossings continued.

The children were pictured arriving on small boats being escorted into Dover, Kent, by Border Force patrols on Friday.

More than 900 people have arrived in the last 10 days.

Figures are yet to be provided for the numbers of those who arrived in the UK on Thursday as the country was braced for storms.

Concerns have been raised about the number of children making the dangerous crossing on the world’s busiest fishing lane, with the topic expected to form part of a forthcoming MP inquiry into the crisis.

But Kent County Council said it is taking in record numbers of migrant children into care at the moment.

It comes as immigration minister Chris Philp promised a “new, comprehensive action plan” to stem the latest surge in crossings after talks with French officials in Paris on Tuesday.

Meanwhile, the Ministry of Defence has responded to the Home Office’s formal request for help by sending in RAF planes.

At least three have been sent up into the skies above the Channel this week so far to carry out surveillance and help the coastguard and Border Force spot emerging crossing attempts.