According to witness accounts and video footage, police apparently let Rittenhouse walk past them and leave the scene with a rifle over his shoulder and his hands in the air. 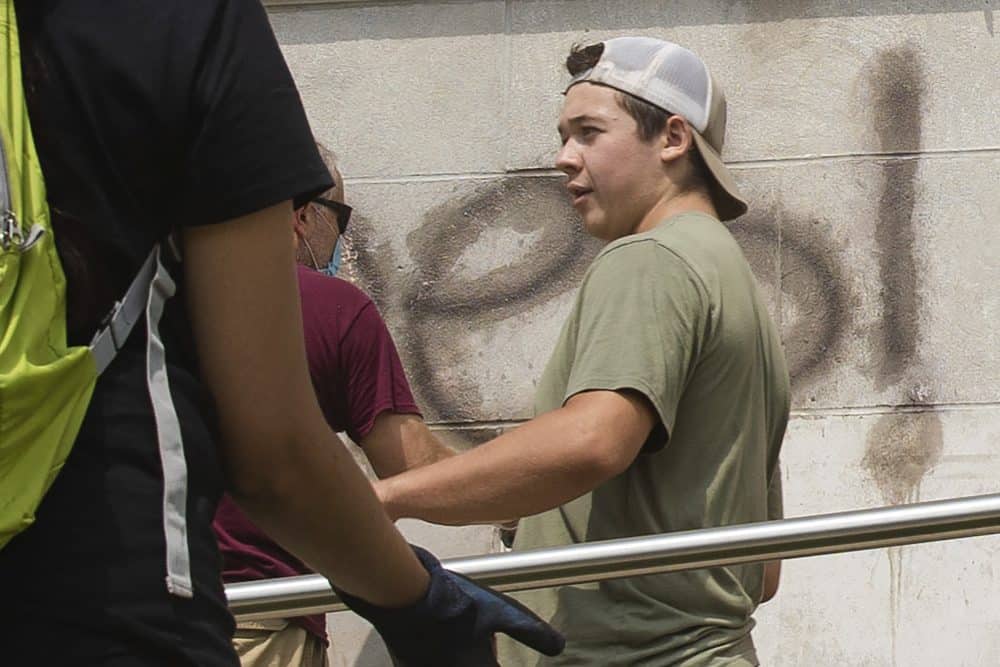 Kyle Rittenhouse helps clean the exterior of Reuther Central High School in Kenosha, Wis., on Tuesday, Aug. 25, 2020. Rittenhouse, 17, was arrested Wednesday, Aug. 26, after two people were shot to death during protests in Kenosha over the police shooting of Jacob Blake. (Pat Nabong/Chicago Sun-Times via AP)

A 17-year-old has been charged over the fatal shooting of two people and the wounding of a third amid protests against a police attack which left a black man with spinal injuries, US prosecutors said.

Demonstrations began in Kenosha, Wisconsin and were taken up by major sport leagues and prominent athletes across the US after Jacob Blake was shot in the back.

Kenosha police have faced questions about their interactions with the gunman on Tuesday night. According to witness accounts and video footage, police apparently let Rittenhouse walk past them and leave the scene with a rifle over his shoulder and his hands in the air, as members of the crowd yelled for him to be arrested because he had shot people.

He would face a mandatory life sentence if convicted of first-degree intentional homicide, the most serious crime in Wisconsin.

Kenosha has become the latest focal point in the fight against racial injustice that has gripped the country since the May 25 death of George Floyd in Minneapolis police custody.

The Wisconsin Justice Department said Rusten Sheskey, a seven-year veteran of the Kenosha Police Department, shot Mr Blake while holding onto his shirt after officers first unsuccessfully used a Taser.

Mr Blake, 29, was shot in the back seven times as he leaned into his vehicle, three of his children seated inside.

Kenosha police have said little about what happened other than that they were responding to a domestic dispute.

NBA play-off teams are poised to discuss the competition’s next steps after matches were postponed for a second successive day following protests against the incident and racial injustice.