The camp had become a symbol of what critics say is Europe’s failure to humanely handle the migration and refugee situation. 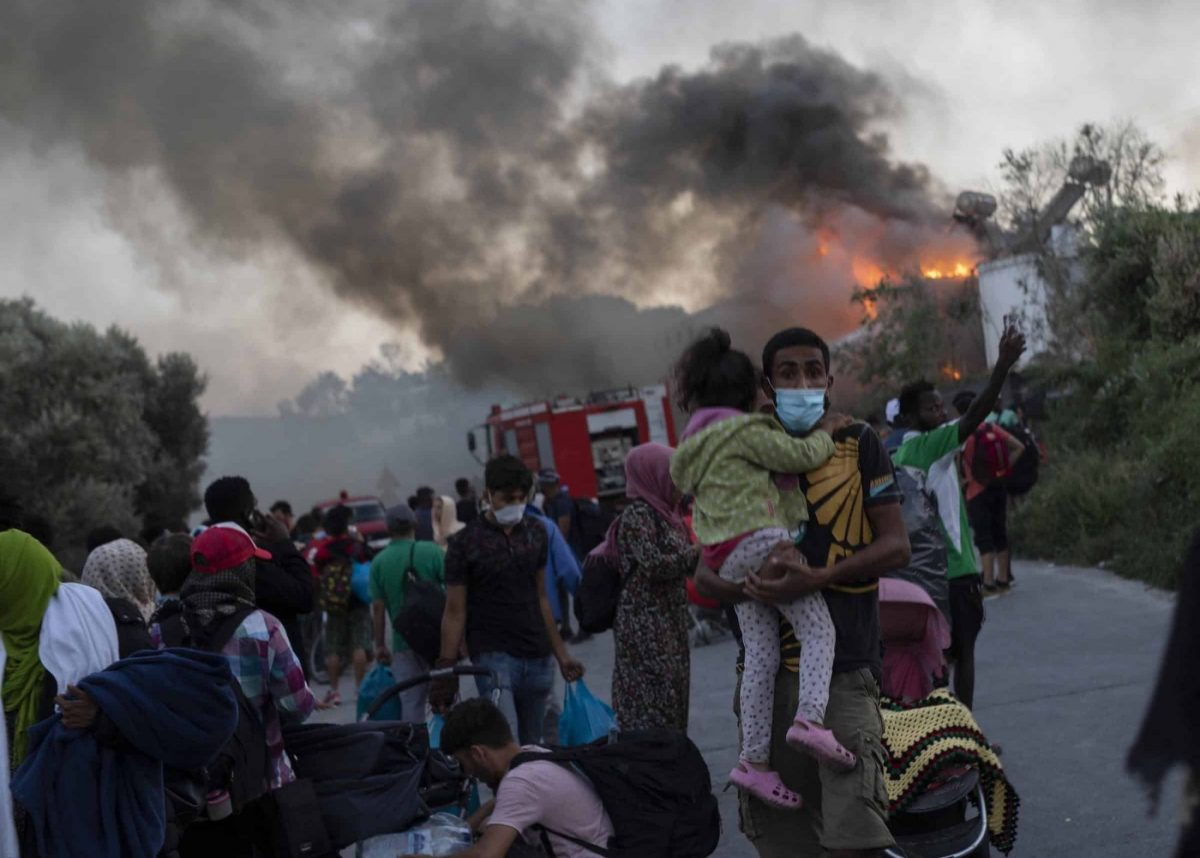 Early morning saw former residents of the country’s largest camp, which had been under coronavirus lockdown, return to the area to pick through the charred remains of their belongings, salvaging what they could.

Many had spent the night sleeping in the open by the side of the road.

Small new fires also sprang up in the remains of tents set up outside the camp, fanned by strong winds on Thursday.

Authorities say the original fire in the camp on the island of Lesbos was deliberately started on Tuesday by residents angered by quarantine measures imposed to contain a Covid-19 outbreak after 35 people tested positive.

That blaze had left about 3,500 of the more than 12,500 people living in and around Moria homeless, and authorities flew in tents and were providing a ferry and two navy ships as emergency temporary housing.

More than 400 unaccompanied children and teenagers were flown to the mainland to be housed in other facilities late Wednesday.

But new fires sprang up in the unburnt parts of the camp on Wednesday evening, damaging the greater part of what was left of it and sending thousands of people streaming out.

Aid agencies have long warned of dire conditions at Moria, a camp built to house just over 2,750 people.

Francesco Rocca President of the International Federation of Red Cross and Red Crescent Societies tweeted: ‘After the last dramatic news of the fire in #MoriaCamp, evacuating migrants out of the Greek islands is a humanitarian imperative and it must happen now. No one should live in these dire conditions. #Greece must not be left alone by #EU: urgent need of concrete solidarity!”

Activists set up 13,000 chairs outside the German parliament in Berlin to underline their calls to take in migrants from the destroyed camp.

Others on social media said that the EU had failed the 13,000 people at the camp.

The camp did accommodate people fleeing conflict and poverty in the Middle East, Africa and Asia who arrive clandestinely on the island from the nearby Turkish coast, and has become a symbol of what critics say is Europe’s failure to humanely handle the migration and refugee situation.

The migration ministry said that when the second fire struck Wednesday evening, work was being carried out in the camp to ensure no families remained homeless overnight. But the new blaze forced the work to stop.

On Thursday “all necessary actions will be taken to house initially the vulnerable and families in specially designated areas”, the ministry said.

Apart from the main camp, Moria also consisted of a sprawling tent city that had sprung up in olive groves outside the main perimeter fence due to overcrowding.

Much of that was burnt beyond repair, with just the blackened frames of tents remaining among charred olive tree trunks.