Vandals tore down a Black Lives Matter banner and sign from two historic black churches in downtown Washington and set the banner ablaze. 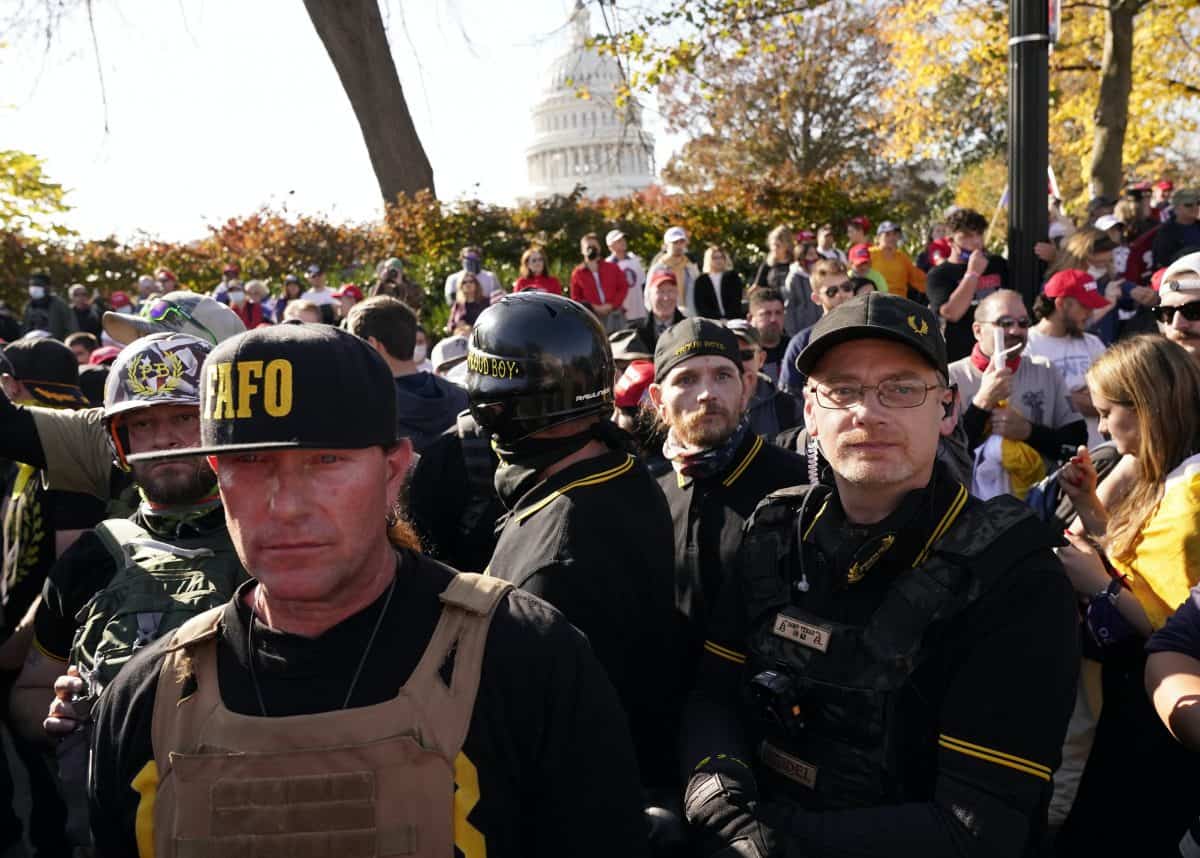 Police in Washington DC have arrested the leader of the Proud Boys, who is accused of burning a Black Lives Matter banner that was torn down from a historic black church in downtown Washington last month.

Henry ‘Enrique’ Tarrio, 36, was arrested by Metropolitan Police Department officers after he arrived in Washington ahead of protests planned by supporters of President Donald Trump to coincide with the congressional vote expected on Wednesday to affirm Joe Biden’s election victory.

Mr Tarrio was taken into custody after a warrant was issued for his arrest for destruction of property, police said.

He was also facing weapons charges after officers found him with two high-capacity firearm magazines when he was arrested, a police spokesman said.

A pro-Trump rally in December ended in violence as hundreds of the president’s supporters, some wearing the signature black and yellow of the Proud Boys, sought out confrontations with a collective of activists and counterprotesters attempting to bar them from Black Lives Matter Plaza, an area near the White House.

By nightfall, vandals tore down a Black Lives Matter banner and sign from two historic black churches in downtown Washington and set the banner ablaze.

Video posted online showed people pouring an accelerant on a Black Lives Matter banner near the Asbury United Methodist Church and setting it ablaze in the street as others cheered and cursed last month.

One of the videos showed someone walking up about a minute later and using a fire extinguisher to put out the flames.

Mr Tarrio told The Washington Post he had participated in the burning of the Black Lives Matter banner and said he would plead guilty to destruction of property and pay the church the cost of the banner.

“We just want to see justice be done,” the Reverend Dr Ianther Mills, senior pastor at Asbury, said in an interview on Monday night.

The church community is “in some ways of course feeling some relief” following the arrest, Dr Mills added.

Even so, she said, “we still remain concerned” about the high number of expected protesters in the area.

Dr Mills said Asbury saw another Black Lives Matter sign taken from its location over the Christmas holiday, prompting her to formally request extra protection for the church during Wednesday’s planned protests.

Local police already have begun conducting extra surveillance in the area, she said.

A police spokesman told The Associated Press last month that investigators were probing the incidents as potential hate crimes, but no hate crime charges had been filed against Mr Tarrio.