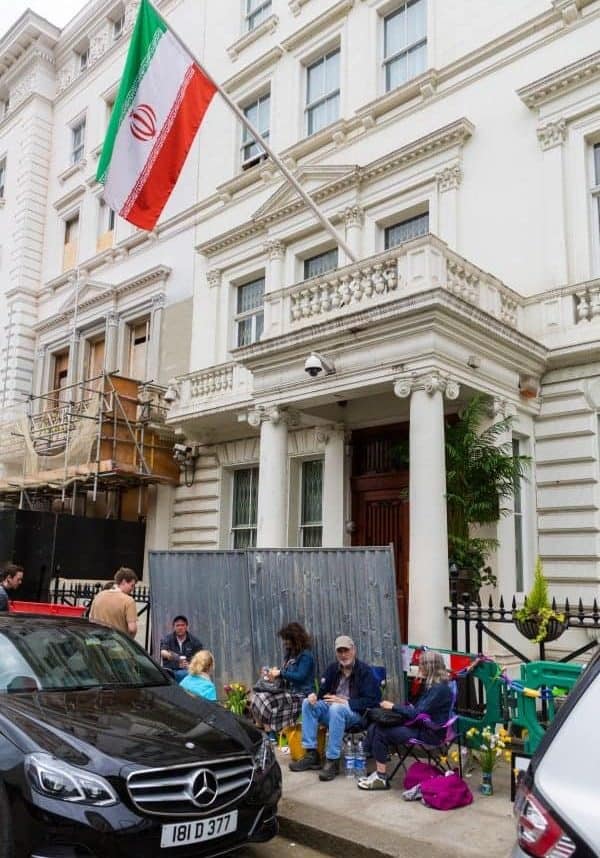 The husband of an aid worker jailed in Tehran has joined her on a hunger strike for twelve days now to demand her release by the Iranian authorities.

Nazanin Zaghari-Ratcliffe, a project manager with the Thomson Reuters Foundation, was arrested in April 2016 at a Tehran airport as she headed back to Britain with her daughter after a family visit.

She was sentenced to five years in jail after being convicted of plotting to overthrow Iran’s clerical establishment, a charge denied by her family and the Foundation, a charity organisation that operates independently of Thomson Reuters and Reuters News.

Britain has also called for her release, a demand repeated on Twitter by British Foreign Secretary Jeremy Hunt on Saturday. Her jailing has added further tension to Britain’s already strained relationship with Iran.

In January, Mrs Zaghari-Ratcliffe went on hunger strike for several days in protest after her family said she was refused permission to see a doctor to examine lumps in her breast and to address other health issues.

Her family said she ended the hunger strike a few days later following a decision to grant her medical treatment.

But while her UK family have been calling on the Foreign Office to fight for her release, then Foreign Secretary Boris Johnson had made matters much worse for her by mistakenly telling an open House of Commons hearing that she was “teaching people journalism.”

An Iranian judge told the 38-year-old mum after that she faced more years in jail after gaffe-prone Boris Johnson’s remarks.

Many have joined Richard Ratcliffe and expressed solidarity, though still no sign of Boris Johnson.

In November 2017, Boris Johnson the gaffe-prone then Foreign Secretary was forced to  give the British mum detained in Iran an unreserved apology in parliament.

“Of course I apologise for the distress, for the suffering that has been caused by the impression I gave that I believed she was there in a professional capacity. She was there on holiday,” said Boris Johnson at the time.

Shadow foreign secretary Emily Thornberry had accused Mr Johnson of ineptitude and called for him to resign if there is any increase to the British mum’s sentence. He was later to resign as Foreign Secretary over the EU Withdrawal Agrrement his government had negotiated which he described as turning Britain into a “vassal state” with no say over the EU laws it would have to consent to and likened to Britain donning a “suicide vest.”

Boris Johnson had initially tried to claim that he had not made a blunder that had made Mrs Zaghari-Ratcliffe in more jeopardy and had been “misinterpreted.”

But was later forced to admit: “I hope that the House will understand with crystal clarity that Mrs Zaghari-Ratcliffe was there on holiday. She was not there in any professional capacity. In so far as people got a different impression of what I was saying… that was my mistake. I should have been clearer. I apologise for the distress and anguish that has been cause Mrs Zaghari-Ratcliffe and her family and our priority now is to do everything we can to get her out of Iran on humanitarian grounds.”