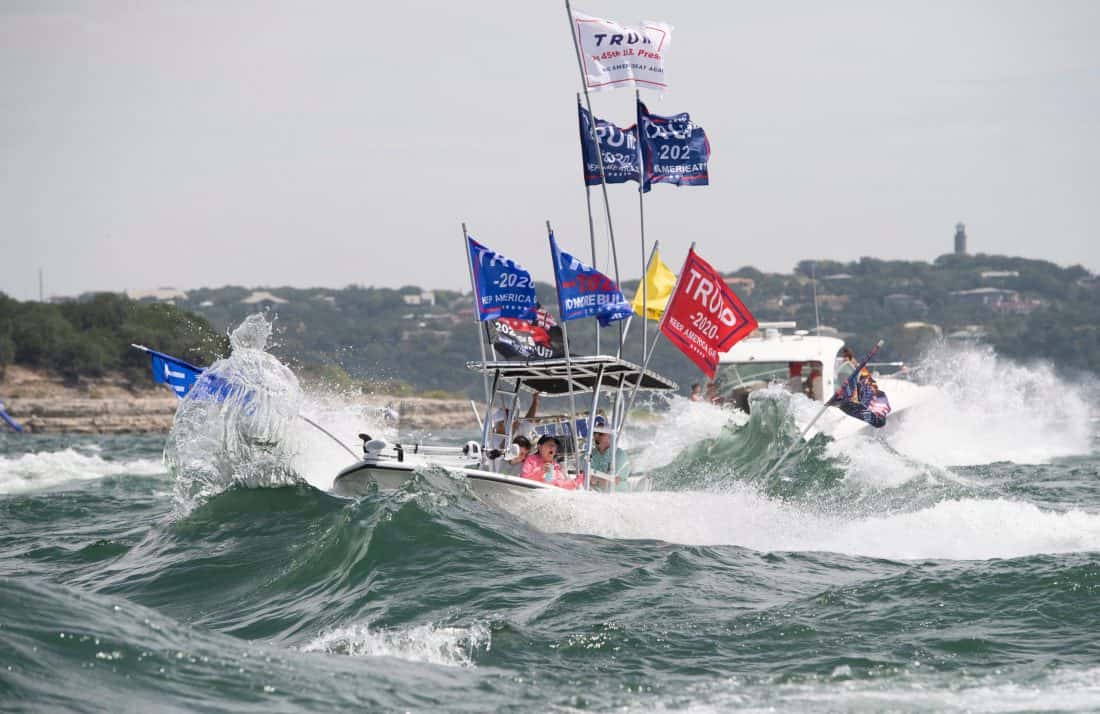 Five boats sank in a Texas lake during a nautical parade in support of US President Donald Trump but no-one was injured or killed, officials have said.

Boaters began calling for help “almost immediately” after the procession for Mr Trump’s re-election got under way on a lake west of Austin on Saturday, according to Kristen Dark, of the Travis County Sheriff’s Office.

Deputies ultimately responded to 15 distress calls and received three other reports of boats taking on water.

Ms Dark said that weather on the roughly 19,000-acre (7,690-hectare) lake was calm, but that the tightly packed boats created large waves in areas.

Deputies have found no evidence of foul play, she said.

The first call for help came at 12.15pm, and later distress calls were for boats taking on water, stalled engines and capsizing, Ms Dark said.

Three of the boats that sank were towed to shore, while the other two were still at the bottom of the lake, she said.