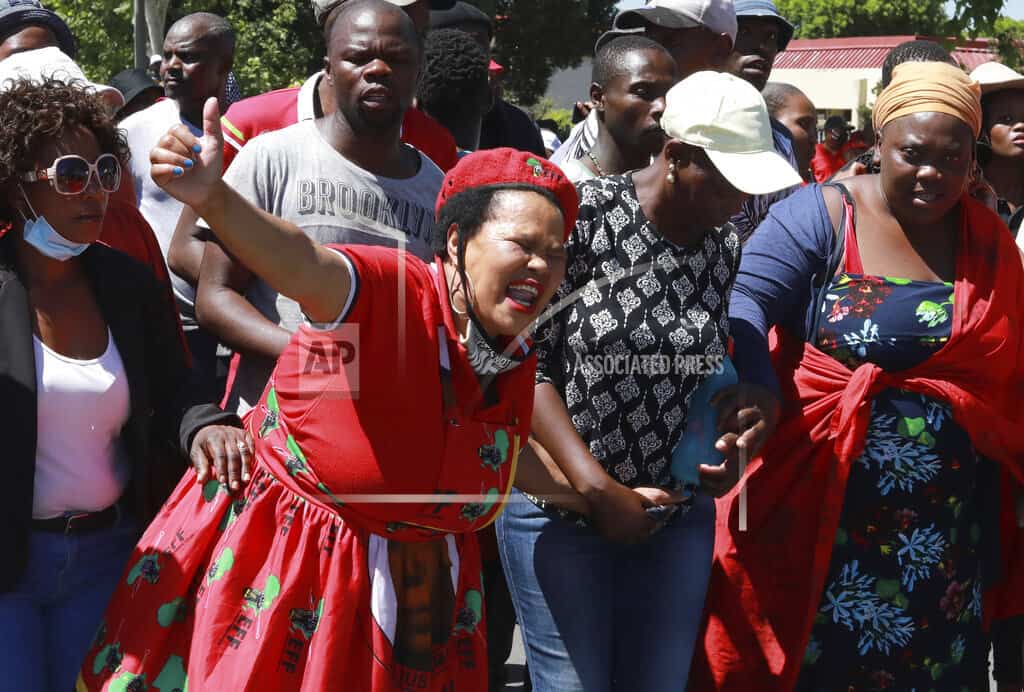 The opposing Economic Freedom Fighters (EFF) party had planned protests at Brackenfell High School in Cape Town following a prom that, allegedly, only white pupils were invited to.

Prom organisers said it was open to all pupils taking end-of-school exams although numbers were limited to 100 because of the coronavirus pandemic.

The prom triggered a public backlash after a man shared a video of what he said was the “whites-only” party on social media.

The EFF acquired a court order for the latest protest at the school – which is located in a predominantly white neighbourhood – but protesters were met with a heavy police and private security presence.

It added that its followers were protesting peacefully when police used the tear gas, stun grenades and water cannons on them.

But police officers said they used force after protesters ignored an instruction to stay at an agreed point and started approaching the school.

Some of the protesters were seen carrying machetes, sticks and golf clubs.

Another protest by the EFF descended into violence last week when black members of the party and white parents fought in the street outside the school.

The chaos moved Nobel Peace Prize winner Desmond Tutu, the former archbishop of Cape Town, to release a statement through his foundation calling for “peaceful and rational discourse and action. Not division”.

He said the protagonists on both sides are “actually acting with common purpose: To undermine non-racialism”.

The statement added: “Brackenfell High School is a symbol of unresolved issues from South Africa’s past.”

Approximately 80% of South Africa’s 60 million people are black but many remain in poverty 26 years after the end of apartheid.

The EFF says that black people are held back by deep-rooted racism that remains in South Africa and especially in neighborhoods like Brackenfell.

Poppy Mailola, EFF deputy secretary general, said the community of Brackenfell “had even taught their children to be racist”.

She also called the police at the protest, who were mainly black, racist.

Recent anti-racism protests in South Africa have taken inspiration from the Black Lives Matter movement in the US.

On Friday, one EFF protester wore a black T-shirt with the words “I can’t breathe” – a reference to the killing of George Floyd that sparked widespread protests this year.

Mr Floyd was a black man who died in Minneapolis in May after a white police officer knelt on his neck for more than eight minutes. 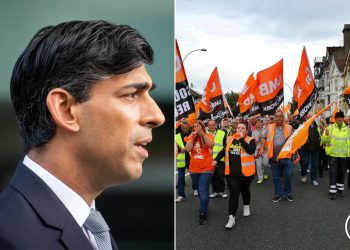