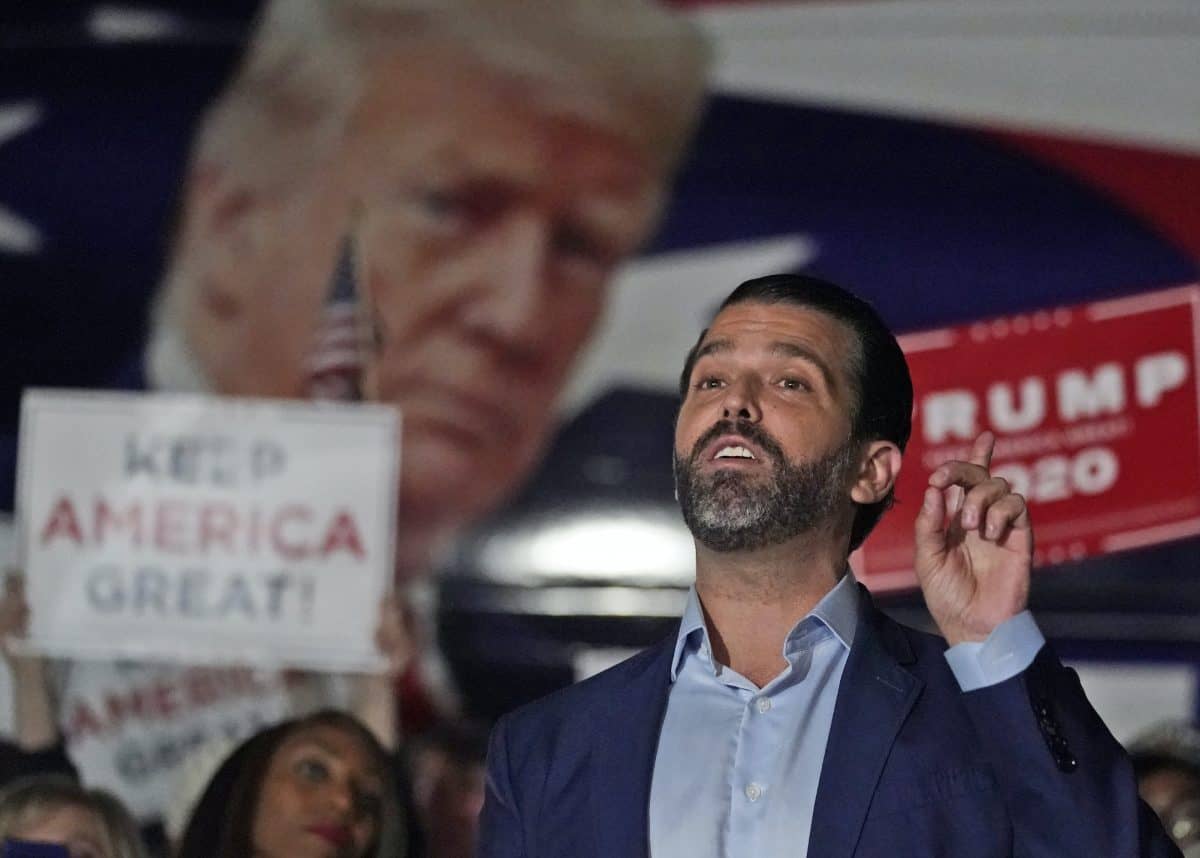 The spokesman said the younger Trump learned of his diagnosis earlier this week, but he has no symptoms and has been quarantining.

Mr Trump Jr is the latest member of the president’s family to become infected with the virus.

President Donald Trump sought to leverage the power of the Oval Office on Friday in an extraordinary attempt to block President-elect Joe Biden’s victory, but his pleas to Michigan lawmakers to overturn the will of their constituents appeared to have left them unswayed.

Mr Trump summoned a delegation of the battleground state’s Republican leadership, including the state’s Senate majority leader and House speaker, in an apparent extension of his efforts to persuade judges and election officials in the state to set aside Mr Biden’s 154,000-vote margin of victory and grant the president the state’s electors.

It came amid mounting criticism that Mr Trump’s futile efforts to subvert the results of the 2020 election could do long-lasting damage to democratic traditions.

Mr Trump’s efforts extended to other states that Mr Biden carried as well, amounting to an unprecedented attempt by a sitting president to maintain his grasp on power, or in failure, to delegitimise his opponent’s victory in the eyes of his army of supporters.